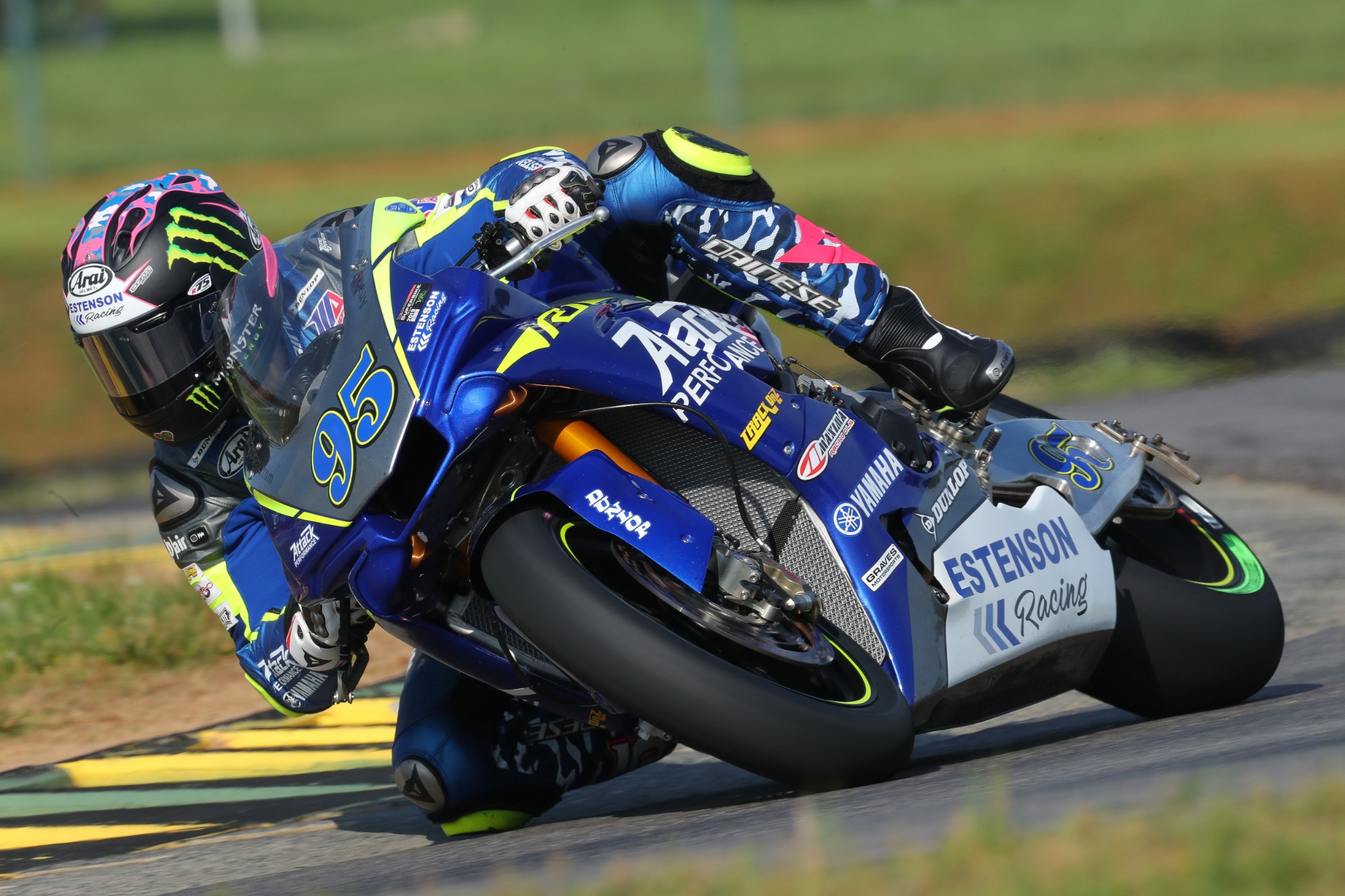 MONTEREY, Calif., July 3, 2019 — The United States will be represented on the MOTUL FIM Superbike World Championship grid at the GEICO Motorcycle U.S. Round with the wildcard entry of JD Beach. Beach, the popular MotoAmerica rider from Owensboro, Ky., will perform double-duty at WeatherTech Raceway Laguna Seca on July 12-14 on the Attack Performance/Estenson Racing Yamaha YZF-R1 by competing in both WorldSBK and EBC Brakes Superbike — the premier category in MotoAmerica.

The concept of double duty is nothing new to 27-year-old rider. This season, the versatile rider is competing in the top levels of two separate motorcycle disciplines — MotoAmerica and AMA Flat Track. He made history in the latter by giving Yamaha its first win in the Grand National Series since 1981.

Beach is a two-time Supersport champion and the winningest rider in the history of the category with 32 victories. He was selected by Richard Stanboli to take the seat of the Attack Performance machine that was vacated by Josh Herrin during the offseason. He scored his first victory in the competitive category during the third round of the MotoAmerica championship at Virginia International Raceway just one week after earning his first AMA Flat Track win.

In 2018, Beach was the last rider on track during the event as the winner of the MotoAmerica Supersport category that completed the racing schedule on Sunday. Notably, he capped his win by stopping between Turns 10 and 11 on the cooldown lap to sprint up the hill and high-five the No. 69 billboard representing the late-great Nicky Hayden.

The Attack Performance team entered the same bike as a wildcard last season with Herrin joining fellow Americans Jake Gagne and PJ Jacobsen on the grid. With no full-time American riders in WorldSBK this season, Beach will be the sole American competing in the only U.S. round of the international championship.

In an exclusive interview with WeatherTech Raceway Laguna Seca, Beach talked about his expectations for the MOTUL FIM Superbike World Championship GEICO Motorcycle U.S. Round with MotoAmerica, his favorite memories at the track and his breakthrough 2019 season.

We are excited to hear the news about you taking a wildcard spot in WorldSBK. What are your thoughts surrounding the announcement?

I think it’s really cool. It’s going to be a hard weekend, for sure, doing both, but I’m looking forward to getting a chance to race with the World Superbike guys.

How have you been preparing?

Since we decided that we were going to do it, I’ve changed the way I’ve been training just a little bit. I’ve been riding my motocross bike a lot. When I’ve been riding, I’ve been taking real short breaks between motos and getting back out on the bike. I changed what I’m doing in the gym just a little bit, but I’m not trying to make too big of a change because there isn’t too much too before the race weekend. I don’t want to overdo it.

What are your thoughts about representing MotoAmerica and the United States on the WorldSBK grid?

I think it’s going to be really cool to be the only American. I want to go into it being realistic. To get a top 10 would be great. I think I’ve got some big shoes to fill, because Herrin did really good last year on the same bike. I know he had a few issues during the race, but his pace all weekend was real good. I’m just really looking forward to it and hoping I can do the American fans proud.

What has Attack Performance been able to relay to you from their experience in 2018?

We’ve been working real close about what they did last year and what could have been done better. I think they learned a lot, and we have a really good plan going into the weekend. We’re just going to try to save myself as much as I can when the weekend, try to work close with the team, and be smart when we are changing back and forth between the bikes and the tires.

You’ll be getting more track time than ever at WeatherTech Raceway Laguna Seca, a circuit you are very familiar with. What are your best memories from racing here?

Laguna is a track that I love. I’ve done really well there in the past. It’s kind of weird, because the first time I raced there was 2011 when I had a horrible weekend. For two or three years, I hated the track. I always dreaded going. One year, I kind of figured it out. It’s a track where you have to push, but if you try to push too hard then it makes the lap times worse. I kind of figured out the flow there and really like it now. I’ve had a lot of good races there. I would definitely say that the race from last year was real good.

Are you able to reflect on a year of milestones that includes a full-time ride in MotoAmerica’s Superbike class, your first win in that category, and now a chance to race on the WorldSBK grid?

It’s been a year that I knew was going to be hard with all the new changes moving up to Superbike and racing flat track full-time, too. I didn’t know that I’d be getting wins this year — I definitely hoped for it. I knew it was going to be hard to get my first win. Superbike is awesome. We’ve been running up front, too. To top it off with racing World Superbike at Laguna is great.

For the uninitiated, just how good are the competitors in MotoAmerica’s EBC Brakes Superbike class?

I think the guys on the grid are real fast. I think the top five or six guys — if you gave them the chance on a good bike in World Superbike, they could be top five and racing for wins. I’m not saying that would happen at the first race, but I think all the guys are good enough to be up there.

Among the guys on the WorldSBK grid, are there any particular riders you are looking forward to testing yourself against?

For me, it’s going to be great just being out on the grid with all the guys. There are so many good riders out there that I’ve looked up to and have watched ride and tried to learn from. I don’t think there is any one guy, but I think it is going to be really cool to be out on the track and the grid with them.

How did the season-long MotoAmerica points championship weigh on the decision to try double duty on July 12-14?

Honestly, I don’t really think we took that in. This is a once-a-year chance. We’re just going to do it and not think about what can go wrong with it or hurt us in the points. It’s only going to help. Being out on track with the World Superbike guys, I’m going to learn a lot. That will help throughout the rest of the season.

Be there to watch Beach take on the world at the MOTUL FIM Superbike World Championship GEICO Motorcycle U.S. Round with MotoAmerica on July 12-14. Tickets are available at www.WeatherTechRaceway.com/ticket-information or by calling 831-242-8200.