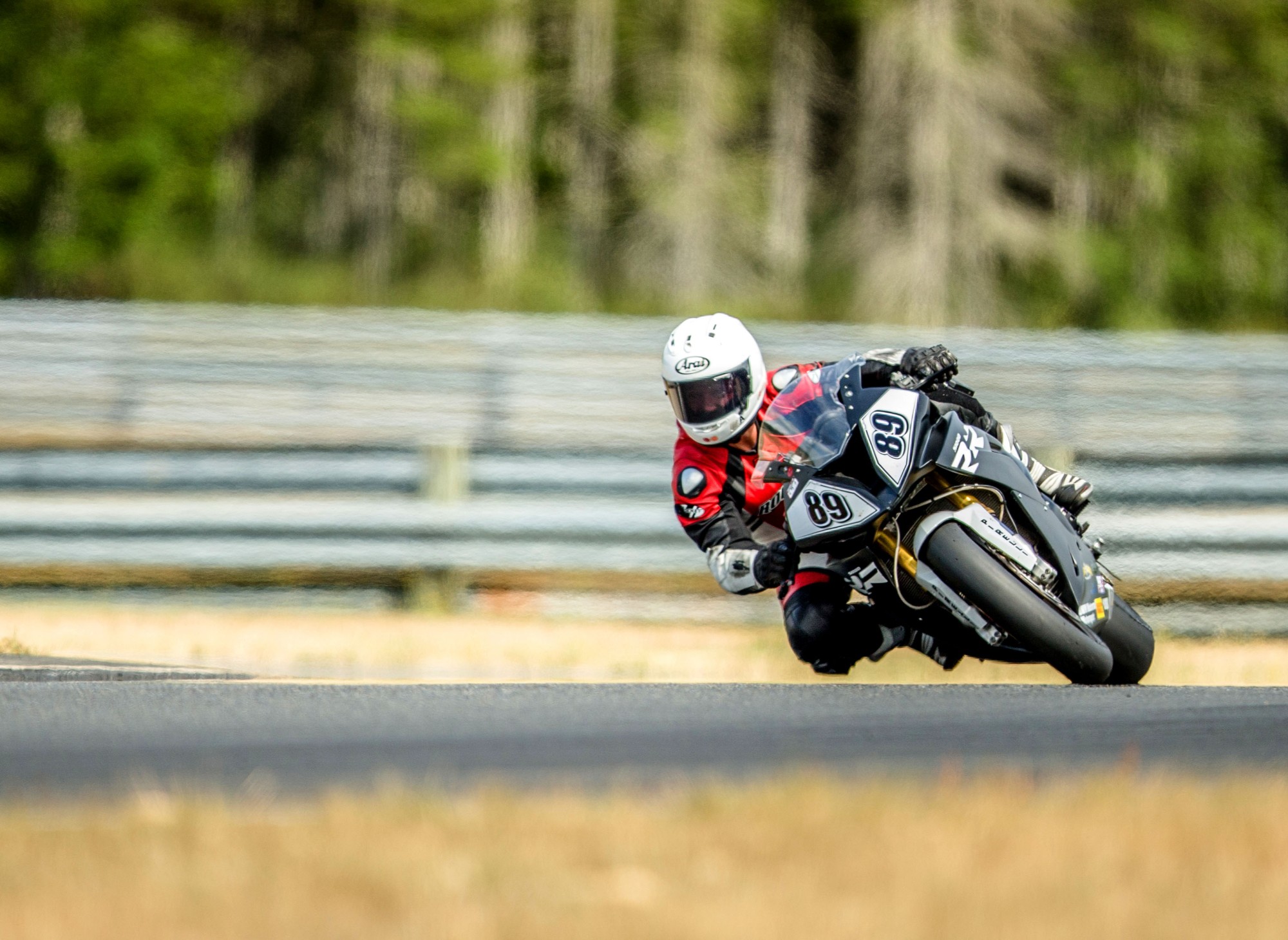 There are days that are dismal in racing, when you have a crash, or God forbid even two during a race weekend. Add in a few mechanical issues, lack of sleep, having a valuable member of the crew unable to make it, and before you know it, stress levels are high and you are not on your A-Game, wondering if that teasing taste of victory will grace you. Those race weekends are tough, however they make the ones like ex-Canadian Adam Robarts had at The Ridge Motorsports Park so savory and sweet, that any faint memory of that strife is lost in the euphoria of standing on the top podium step multiple times, all the while trying to figure out which bank account to deposit all of the purse, contingency, and lap record money you just won in. Robarts had one of those fairy tale weekends at The Ridge Motorsports Park that most of us dream about.

Robarts started his whirlwind weekend off, not on the best foot by earning the golden gas can award during Formula Ultra qualifying, running out of gas on his first flying lap, qualifying on the last row. With AFM phenom Deion Campbell coming up to race with WMRRA as well as Jeremy Coffey running good lately, Adam didn’t make his work easy on himself. Fortunately, the Formula Ultra race, sponsored by MotoVixens, is a 16 lapper, with time to make up those few rows of distance in his grid position he gave up by starting on the back row. With veteran pit and crew support coming from Dave Alexander of Fluid Suspension Science and Barry Wressell from KFG Motorsports, they “tuned up” their rider, giving him the confidence he’d be right there battling for the win. When the race started, Campbell took the hole shot, followed by Coffey and by the time the group came back into view of the crowd watching, Robarts was up to 3rd, with a gap to make up on Campbell, who was leading Coffey by a several bike lengths to conclude the opening lap. M-Tech Motorcycle’s Campbell was setting a solid pace out front, even though this was his first time ever to the track with SuperBike Underground’s Coffey closing by a few tenths. On lap 3, Coffey on his BMW had closed the gap to Campbell leading on his ZX10 with what would have been a new lap record lap, only to have Robarts destroy the record book on the same lap, aboard his freshly rebuilt M-Tech Motorcycles BMW tuned by 2Wheel Dynoworks with a 1:37.797 lap, earning him $750 in Pirelli outright track record bounty money. Lap four started a 3-bike battle for the top spot and $1,800 in purse money put up by MotoVixens to make it all the more exciting. As lap 4 was concluding and the threesome of riders came out of the Ridge complex and into view of the riveted spectators, Robarts with Pirelli shoes had gotten by Dunlop mounted Coffey into second place, and was beginning to pressure the ZX10 of Campbell who was also on Pirelli rubber. Lap 5 saw disaster strike though for young Campbell. Coming into turn 12, a tight right hander, Campbell was taken out by Coffey who bit off a little more than he could chew, trying to out-brake both Robarts and Campbell and tucked the front. The spilled Coffey unfortunately took out the front wheel of race leader Deion Campbell in a dusty cloud, leaving Robarts all alone in front. The jubilant BMW rider pulled a floating power wheelie all the way down the front straight as he concluded lap 5. For the remaining 11 laps, Robarts controlled the pace up front, bringing it home with the composure of a veteran racer. Meanwhile in what became the battle for 2nd and 3rd positions, Zlock Racing’s Brian Pinkstaff was holding a solid gap over Canadian Austen Martin, who himself was being pressured by fellow Canadian Tim Kingston. As the laps counted down, ZX10 mounted Pinkstaff, was being reeled in by the Yamaha R1 of Martin, who had gapped the ZX10 of Kingston. As the checkered flag waived, the finishing order was Robarts, Pinkstaff, & Marten, each taking home purse money of $1,000, $500, & $300 respectively.

Fresh off his Formula Ultra win, Robarts would also win the Flying Bulldog 600 SuperSport race aboard his 2019 ZX6R built by M-Tech and tuned by 2Wheel Dynoworks, with Kinzer Naylor finishing second on a ZX6R, followed by the young David Kholstaedt piloting an R6. To conclude his Saturday onslaught, Robarts followed up his outright track record, by setting a 600 track record in the Cresap Orthotics 600 SuperBike race with a 1:39.939, beating Jeremy Coffey who finished 2nd aboard a Dunlop shod R6, and Kinzer Naylor riding for Dunlop finishing 3rd on his ZX6R.

In his only race on Sunday, the Triumph of Seattle Formula 2 (600 class), Robarts won a flag to flag victory on his ZX6R, riding smart and just quick enough to keep the trouble at his rear. Jeremy Coffey was on a blistering pace, who had to start from the back of the grid because of bike issues in the qualifying session, closing ground on Robarts. Sadly, on lap 8, Coffey crashed into turn 8 while narrowing the gap, leaving the final spots on the podium to Kinzer Naylor who earned a solid 2nd, and David Kohlstaedt with Dunlop tires finishing 3rd.

As the successful weekend come to a conclusion, Robarts was feeling joyful and rightfully proud of his accomplishments. He went 4 for 4 in his races, set 2 track records, won $1,500 in purse money, $750 in Pirelli track record bounty money, an approximate $600 in WMRRA money class money, and $2,000 in Kawasaki and BMW contingency, as well as extending his points lead in his bid for the overall championship of the #1 plate in WMRRA. Adam shared his excitement and gratitude by saying “What a weekend to remember. With long time crew chief Dave Alexander helping me, the Pirelli tires from Sage Wilkinson at CT Racing NW, switching to GP Suspension components, the M-Tech Motorcycles built bikes, tuning from 2Wheel Dynoworks, and additional help from Barry Wressell in my pits all weekend, I didn’t have much to do but race. I could focus on racing, executing my plan, and having a blast in the process. A huge thanks to the whole team!”

With two rounds left to conclude for WMRRA at Pacific Raceways and Portland International Raceway, the gained momentum he has he is hoping will carry him to a great finale and season. We at WMRRA are excited to see how this season will carry out for Robarts as well. Next round is at historic Pacific Raceways, on September 7 & 8. Visit www.WMRRA.com for more details and info.

More, from a press release issued by Pirelli: