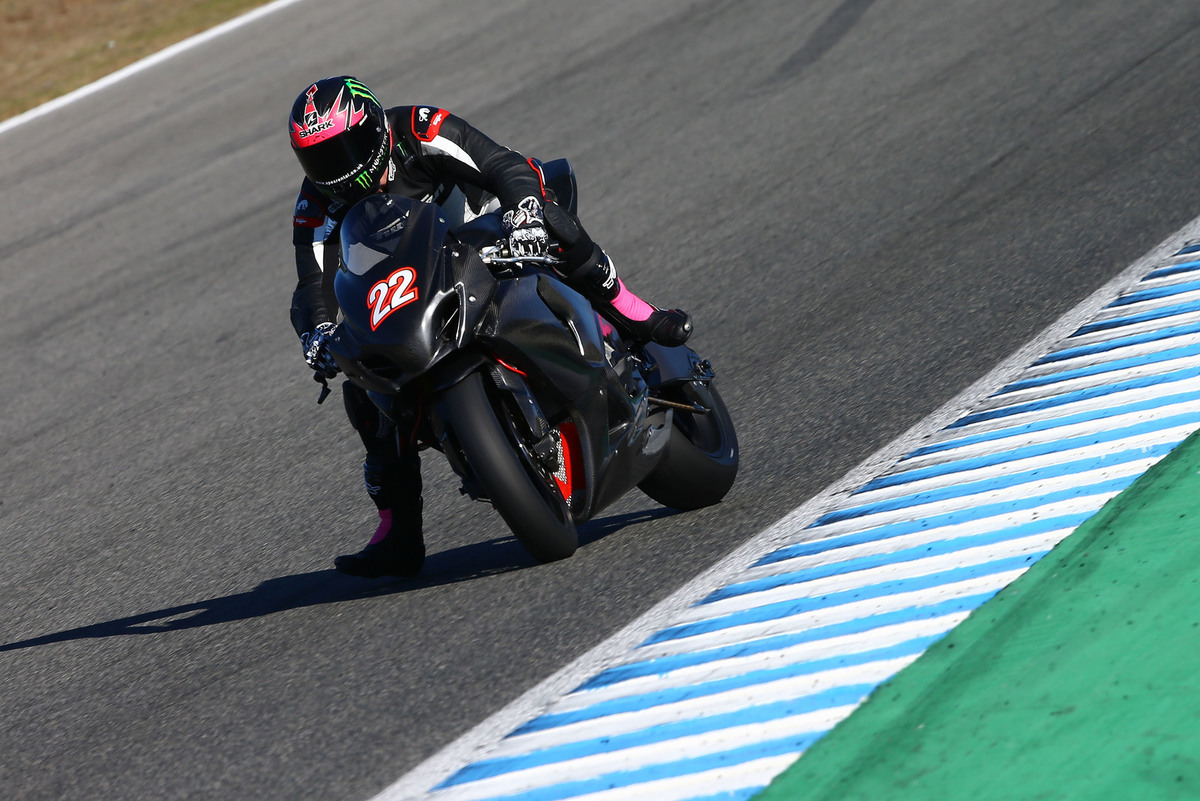 Voltcom Crescent Suzuki concluded testing at the Almeria circuit in Spain today with a positive mind-set after a comprehensive day’s work saw significant improvements for Eugene Laverty and Alex Lowes.

Overnight refinements to yesterday’s newly introduced electronic control strategies saw big steps forward by both racers and this was reflected in the lap-times. With base electronics set, the team turned its attention to individual chassis settings, geometry, weight balance and further refining the 2014 Öhlins suspension settings.

Laverty and Lowes pushed hard as they continued to accustom themselves with their 2014 Yoshimura-powered GSX-R machines. As they tried to find the limits they both suffered a small crash each but neither was injured and were able to continue with the test. Further work concentrated on race starts, with both riders working on the starting technique required for the Suzuki GSX-R1000 and the launch control settings.

A bright and fresh day saw plenty of opportunity to put the Voltcom Suzuki through its paces from a full day of track action, with afternoon temperatures reaching a pleasant 18°C.

The buoyant team will now travel to Portugal to begin a further two day testing schedule at the Portimao circuit, beginning on Sunday 19th January.

“It’s been a great start to the 2014 season for the Voltcom Crescent Suzuki team. The new staff, new riders and long term Crescent guys have gelled together superbly and the working atmosphere is really positive.

“Alex continues to impress on all levels – today was no different, with consistent speed, very few mistakes and clear technical feedback. He is willing to adapt and doesn’t expect the perfect motorcycle, he goes fast whatever he’s given! A best lap of 1’34.7, on a race tyre, is nearly 2 seconds faster than we achieved at the start of 2013 and is a positive sign that he will be a contender this season.

“Eugene was far happier with the ECU strategy today and made big steps forward. His pace was a little off Alex’s but it’s clear that he is working methodically to find the right feeling before he pushes to the limit. We are really encouraged by Eugene’s impression of the Suzuki’s potential and his confidence in what can be achieved.

“The whole Voltcom Crescent Suzuki team moves to Portimao tomorrow – a 450 mile drive – and we can’t wait to get set up and take the next steps!”

“Beginning to see the fruits of our labour at Almeria today and edging closer towards the pace. On to Portimao now to test Sunday and Monday.”