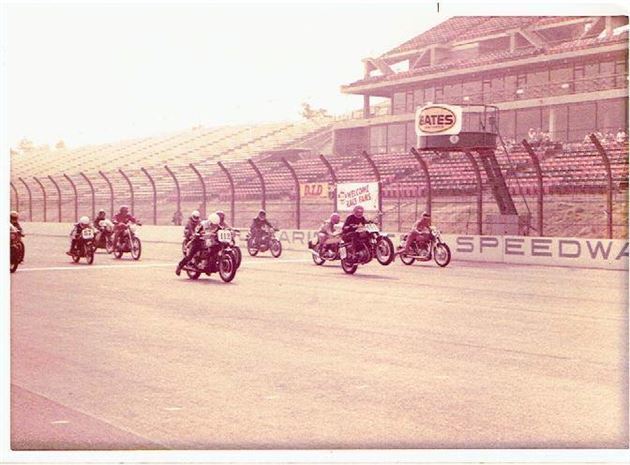 Late on Sunday, May 14, Michael Green, founder of California Vintage Racing Club (CVRC) issued a statement saying that contrary to what he announced on April 6, 2017, neither he nor CVRC would be at Mazda Raceway Laguna Seca’s new Spring Classic, a combined event for vintage road racing cars and motorcycles scheduled for this coming weekend.

“The track has made up its mind to take another route and not focus on bikes that raced at Laguna from 1958-1980. Thus CVRC has pulled its support, rules and entrants that had signed up effective immediately,” the statement from Green read in part.

Vintage motorcycle road racing enthusiast Russ Granger contacted Roadracingworld.com today and pointed out how the press release was misleading and could cause people to think that motorcycles were no longer going to be part of the new event.

“Laguna Seca has taken over curatorship of the motorcycle exhibition and expanded the range of eligible motorcycles to a 30 cutoff for period Superbikes,” Granger wrote in an email to Roadracingworld.com. “Blackheart Racing (me and Jim Granger) will be there with a 1980 GS1000S (Cooley) and 1987 RC30 (in Commonwealth/Randy Renfrow bodywork).”

To get clarification, Roadracingworld.com contacted Brad Littlefield, Public Relations Manager at Mazda Raceway Laguna Seca, and asked him about the status of historic road racing motorcycles with regards to the Spring Classic.

“Motorcycles are still very much a part of the event,” said Littlefield. “The Historic Motorcycle Exhibition Laps are still a go for this weekend.”

Littlefield said those looking for more information about the event can go to www.mazdaraceway.com/spring-classic.