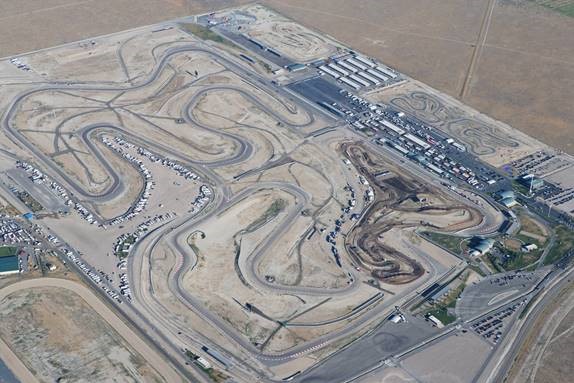 Mitime is a subsidiary of the Geely Holding Group of China, a publicly-traded company on the Hong Kong Stock Exchange that is currently ranked 267 on the Fortune Global 500 list. Geely Motors is the largest private automobile manufacturer in China; in addition to its own Geely-branded cars, the company also owns the Volvo, Polestar, Proton (which includes Lotus), Lynk & Co and London Taxi Cab brands as well as the Terrafugia flying car brand. Geely operates manufacturing plants in China, the United States, England, Sweden, Belgium, Belarus, Australia and Malaysia. Geely is also the largest private shareholder of stock in Daimler, the parent company of Mercedes-Benz.

The company has plans to build 10 similarly-sized racetracks in China; the first one, Ningbo International Circuit, opened in 2017 and the second track is currently under construction. Geely also owns and operates the FIA Chinese Formula 4 Championship and is preparing to launch an entry in the FIA World Touring Car Championship under the Lynk & Co banner.

“We are thrilled to finally consummate this agreement to purchase Utah Motorsports Campus,” said William Lee, vice president of Mitime. “This facility is a perfect fit with our company’s other enterprises, and we are looking forward to making it bigger and better in the future.

“We very much appreciate the efforts of Tooele County to make this effort come to fruition, and we are humbled by the outstanding support we have received from the people of Utah since we began operating the facility.”

“We are really excited about the future of UMC, and we have significant plans for the facility,” said Willem Geyer, CEO of UMC. “We are studying the viability of adding various race tracks, entertainment venues and supporting infrastructure that will not only solidify our position as one of Utah’s major entertainment facilities but also ensure that UMC will be a profitable venture for the first time in its history.”

The sale of UMC includes the racetrack as well as all buildings and physical assets in addition to the 511-acre property. Current leases with tenants, event organizers and race sanctioning bodies will be honored under the agreement but may be subject to changes in 2019.

Originally built as Miller Motorsports Park by the late Utah businessman Larry H. Miller and designed by renowned track designer Alan Wilson, the venue opened in 2006 to international acclaim. The track was named “Motorsports Facility of the Year” in its debut season by the Motorsports World Expo in Cologne, Germany. The campus includes a multi-configurational 4.438-mile road racing circuit, a 0.9-mile, multi-configurational kart track, an off-road short course, a rock-crawling course and the Nitro World Games rallycross track.

The Miller family operated the facility under a lease agreement with Tooele County, which owned the property. When the 10-year lease expired in 2015, the Miller family declined to extend the agreement and the track fell under the supervision of the county. Mitime attempted to purchase the track then, but legal battles postponed the sale until now. In order to keep the facility functional and viable, the county hired the Mitime group – which included many of the employees from Miller Motorsports Park – to manage and maintain the facility beginning in 2016. The named was changed to Utah Motorsports Campus at that time to eliminate confusion.

Under Mitime’s management, the facility has made significant efforts to cut costs and broaden the variety of events it hosts. In 2018 the track hosted MotoAmerica, Pirelli World Challenge, the Lucas Oil Off Road Racing Series and the AHRMA Bonneville Vintage Grand Prix, plus a full slate of amateur racing for sports cars, motorcycles, karts and off-road vehicles and a number of open track days for both cars and bikes. In September, UMC hosted Travis Pastrana’s innovative Nitro World Games, including the world debut of Nitro Rallycross, which was a huge success. Non-racing events included two Lantern Fests, two big car shows and numerous corporate events.

The 2019 schedule of events for UMC will be released in the near future.

For event or ticket information, or for questions regarding UMC, call 435-277-8000 or visit the track’s website at www.UtahMotorsportsCampus.com.