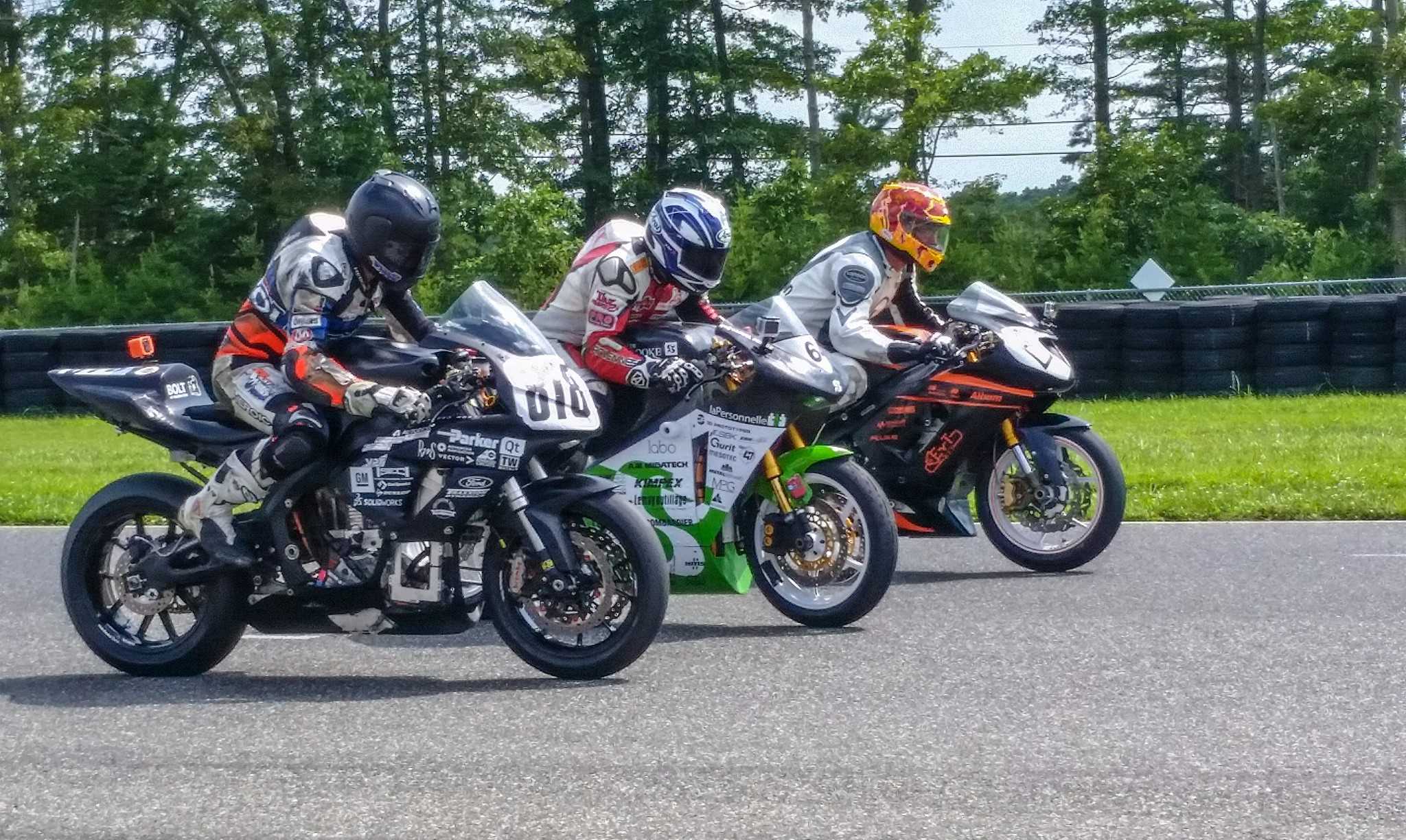 Proulx is a Canadian Superbike rider who won the Saturday and Sunday rounds over stiff competition from American Ricky O’Hare on the Virginia Tech Bolt 3.0, and Isle of Man veteran Karl Smolinski on the Rochester Institute of Technology RIT/EV.

The Varsity Challenge is a race within a race held every summer at NJMP’s Thunderbolt road course. The collegiate teams race elbow-to-elbow with AHRMA’s eSuperSport class making for some interesting competition.

Kowitz led the first two laps, relinquishing the lead to O’Hare on lap three but continued to press O’Hare on the Virginia Tech bike until the pressure caused the VT Bolt to slow.

Once the Bolt slowed, Kowitz took the overall lead, with Proulx taking second overall and first collegiate team on the EMUS entry from Quebec. Proulx’s machine has zero emissions power train and the chassis that was student designed and built.

Privateer Pete Nicolosi rode his Brammo Empulse hard and steady to finish third ahead of Smolinski on the RIT entry.

Overnight, all three student teams reviewed data, consulted with their riders, and made changes. By mounting fresh tires, changing gearing, and reprogramming electronics all the collegiate teams showed better on Sunday.

Late in the eight-lap event, Proulx managed to muscle his EMUS ebike past O’Hare for the overall win with O’Hare holding second and Kowitz finishing third on the 115 Volt Zero, and Smolinski close behind in fourth.

The EMUS team earned a scholarship award from Woodcraft Technologies for their fine efforts.

Dr. Koen Matthys of London’s Bruneil University’s Isle of Man TT Zero team and Tim Cleary of the Penn State e-bike racing team were on hand to scout the competition and witness the event.