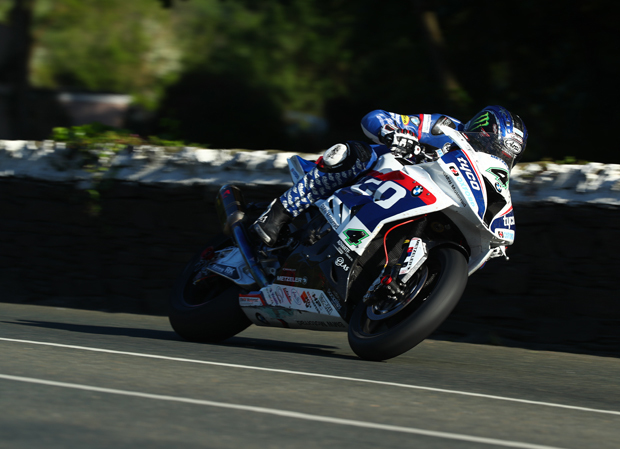 14-time Isle of Man TT winner Ian Hutchinson, who also became the World’s Fastest Road Racer during 2016 with a phenomenal lap of 134.089 mph during August’s Ulster Grand Prix, has agreed terms to stay with the Northern Ireland based Tyco BMW team for the 2017 Isle of Man TT Races fueled by Monster Energy and the other international road races.

Hutchinson, who took Superstock wins at all three major International Road Races with Tyco BMW including the RL360 Quantum Superstock at the TT Races, and a double in the Superbike class at the Ulster Grand Prix, will also contest next season’s British Superstock Championship. The Bingley rider finished second in the series this season with Tyco BMW.

“I’m glad to have finally sorted a deal to stay with Tyco BMW for a second season. Looking back we had a very good run in 2016 with wins at all the International Road Races. Having now worked together for a season, we know where we need to improve with the obvious goal, to go on now and challenge for the Superbike wins at all of the big three internationals.”

“The BMW S1000RR still has so much potential in Superbike trim on the roads and with another season of British Superstock planned, the aim there will be to go one step better and win the championship next season.”

“Hutchy did a great job for us this season and whether it was in British championship or the roads, he was always in contentions for wins and podiums and provided both our sponsors and fans with a lot of entertainment.”

“His international hat-trick in the Superstock class and his terrific season in British Superstock proved how well he got on with the Tyco BMW, and to go on and take the world’s fastest track lap record at Dundrod was the icing on the cake.”

“The goal going forward is to build on that success and I’ve never hidden the fact that the Senior TT trophy is the one we really want to win in 2017. It’s the blue-riband road race on the season’s calendar, and along with Hutchy and our dedicated team we will be giving it our very best shot.”