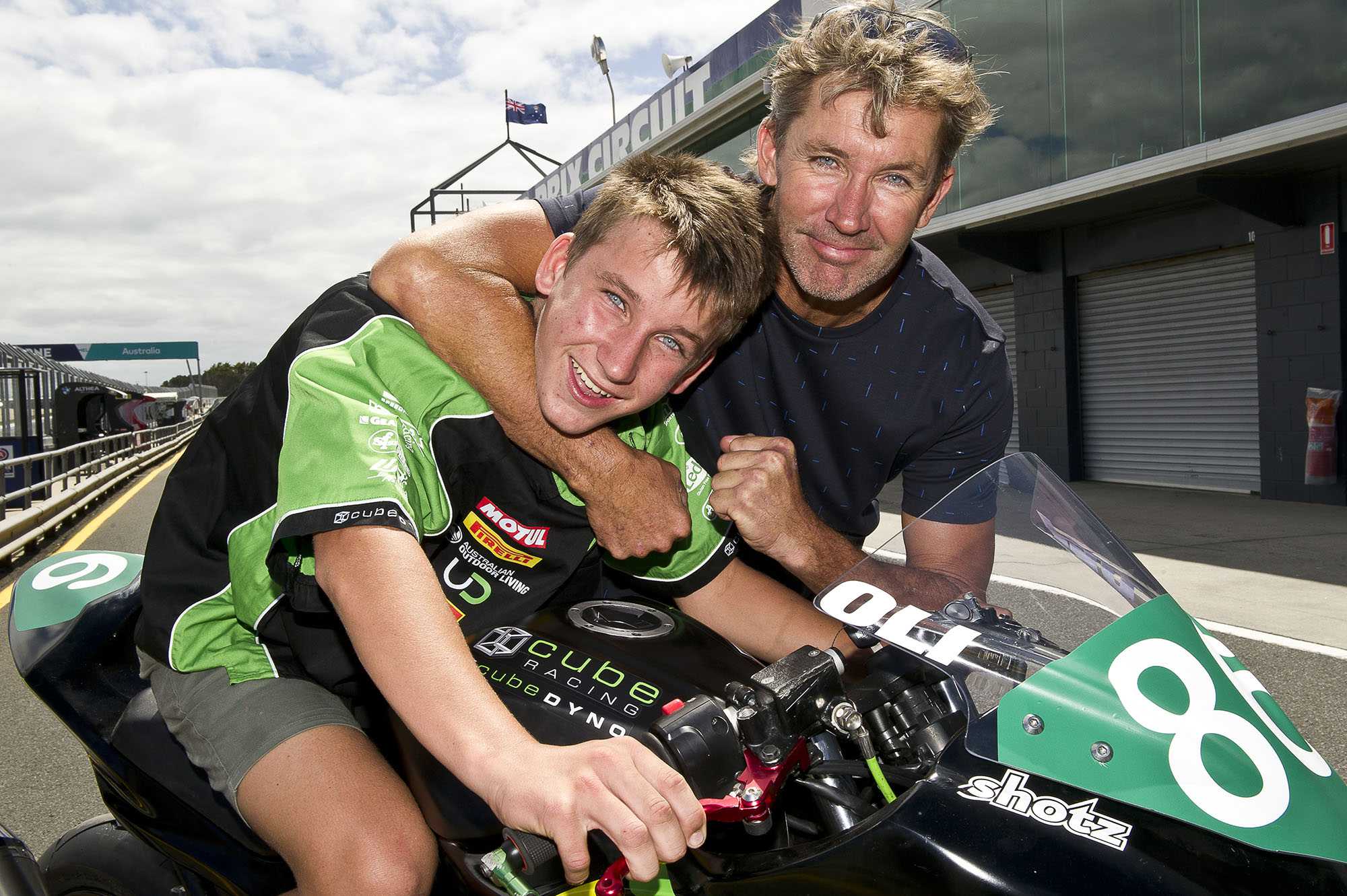 Toparis, 16, will step up to the Supersport division full-time this season, following a promising first year of road racing last year, and is seeking a consistent start to the year at the 4.445-kilometre Victorian venue. He was 10th on the time-sheets during opening practice this afternoon.

“I’m obviously excited to start the season and we will keep moving forward following the test,” Toparis said. “I’ve got a bit of time on the bike during practice and qualifying before the races, but the plan is to have a good, solid weekend and consistently finish in the points. That will keep the championship alive and I’m looking to learn a lot through the year. If I can mirror what I did last year, by being there at the start and then leading races and even winning by the end, that would be awesome.”

As for 13-year-old Bayliss – the son of triple WorldSBK champion and MotoGP race winner Troy Bayliss – he made his ASBK debut at Winton’s final round last year and will look to add to his experience from Phillip Island’s opening Supersport 300 affair this weekend. Today he impressed with the fifth-quickest lap of the opening practice session.

“It’s going to be a really good event to open the season and a lot of people on the track as well,” Bayliss commented. “With 42 people on the grid it’s going to be good racing and so much fun. I’m focusing on my riding and it’s been pretty easy so far, just getting used to it all. I just hope that I have a good year and get to learn a lot along the way.”

Cube Racing team owner Ben Henry is pleased to enter two of the country’s most capable young newcomers in the ASBK championship across two classes this season, excited to assist them in development and also aiming to gain a haul of strong results throughout the national series.

“We’re really excited to have Tom and Oli on the Cube Racing bikes this season,” Henry commented. “Both are really talented and determined to get good results, which is great to see. I think as the year goes on they will get stronger and stronger, but then again, it wouldn’t surprise me to see them challenge toward the front of the field from the start of the year.”

The ASBK series will be contested over seven rounds in 2017, featuring live television on SBS from round two onwards, as well as an extensive livestreaming package. All rounds will feature a delayed telecast on SBS and Fox Sports across the season.