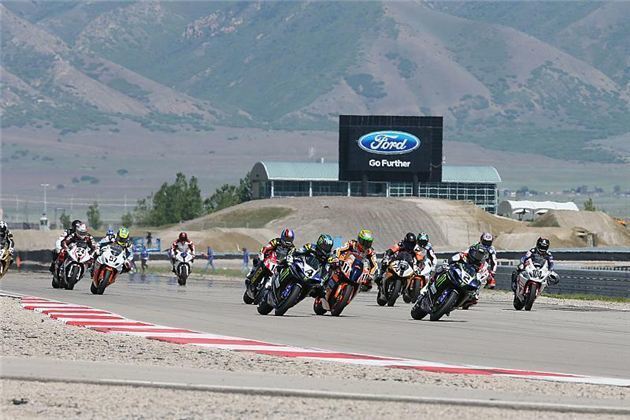 Tooele County officials already have made contact with parties interested in operating Miller Motorsports Park as a racing facility–as well as real estate investors–as the track’s current operators will cease their activities at the end of the current racing season.

Tooele County Commissioner Shawn Milne told Roadracing World that talks already are underway with parties who have expressed a desire to keep the world-class facility operating in 2016 and beyond. Already, at least one conference call has taken place in which the county made its intentions clear to all interested in the facility, one participant on that call told Roadracing World.

When asked if Miller Motorsports Park would be operating as a racing facility in 2016, Milne said, “That might be premature to say, but that would certainly be our hopes. The county does not intend to operate it. We intend to find a proper (operator) with experience with such facilities to do so.”

County officials hoped to announce a deal with a new operator of the 511-acre, $200-million facility by the end of the current race season, Milne said.

“That will depend on negotiations with any interested parties. Our hope would be that before the end of the season that we might have some ‘knowns’ in place,” Milne said. “I don’t mean to try to put you off or anything, but this (announcement) is so new that we have to see where it goes.

“Our hope would be to continue to build upon the success of this facility as a world-class racing venue. We’re a motorized sports kind of county, from ATVs on off-road trails to the Bonneville Salt Flats for land speed records. We’re a horsepower county. Matter of fact, that’s the mantra we’re working on branding ourselves as as we speak. It’s the irony of this.”

The facility was created by Larry H. Miller, a motorsports enthusiast and owner of the NBA’s Utah Jazz franchise, dozens of auto dealerships around the nation and a wide range of other business interests. Miller Motorsports Park, which opened in 2006, has hosted AMA Pro Road Racing, Superbike Shootout and Superbike World Championship events, as well as high-level auto sport events sanctioned by the American Le Mans Series and regional NASCAR organizations.

But the track was not profitable, according to published reports, and last week the Larry H. Miller Group of Companies announced that it would not renew its land lease with Tooele County.

That means, as unbelievable as it sounds, that the racing track and all of the facilities are scheduled to become the property of Tooele County.

Mike Hawkins, President of the Utah Sport Bike Association (UtahSBA), took part in a conference call shortly after the announcement to discuss the future of the facility.

“There have been several parties who have made interests known in purchasing Miller,” Hawkins said. “Lucas Oil had made an offer to them. The offer was declined. From what I understand, in speaking with Tooele County, they realize that they’ve got a potential gold mine in their possession. I think–no, I know–they’re 100% interested in making the facility a fully operational facility, and they want to try to increase the tourism into that region.”

Hawkins declined to identify any of the currently interested potential operators or investors, but confirmed that there is widespread interest in the facility.

“Not any that I can name, but I know that in the meeting there was international real estate groups that made remarks about perhaps wanting to purchase the facility. I think they were more interested in the real estate. None of them really have, that I know of, any real background in operating a racetrack,” Hawkins said.

“I will say this: When I went into that meeting, I was nothing but sick to my stomach because I love racing, I love Miller and I love everything that goes on out there. When I left the meeting, I pretty much had renewed hope.

“I think that the direction the county wants to take the place is wonderful. I think they have great aspirations for it. And I don’t think they’re going to let it go to someone who’s going to turn it into something that it is not. I can’t see that. I’m pretty certain that race operations will continue out there in 2016. The locals don’t really know what we have here. It’s a gem. It’s truly an oasis in the desert.”