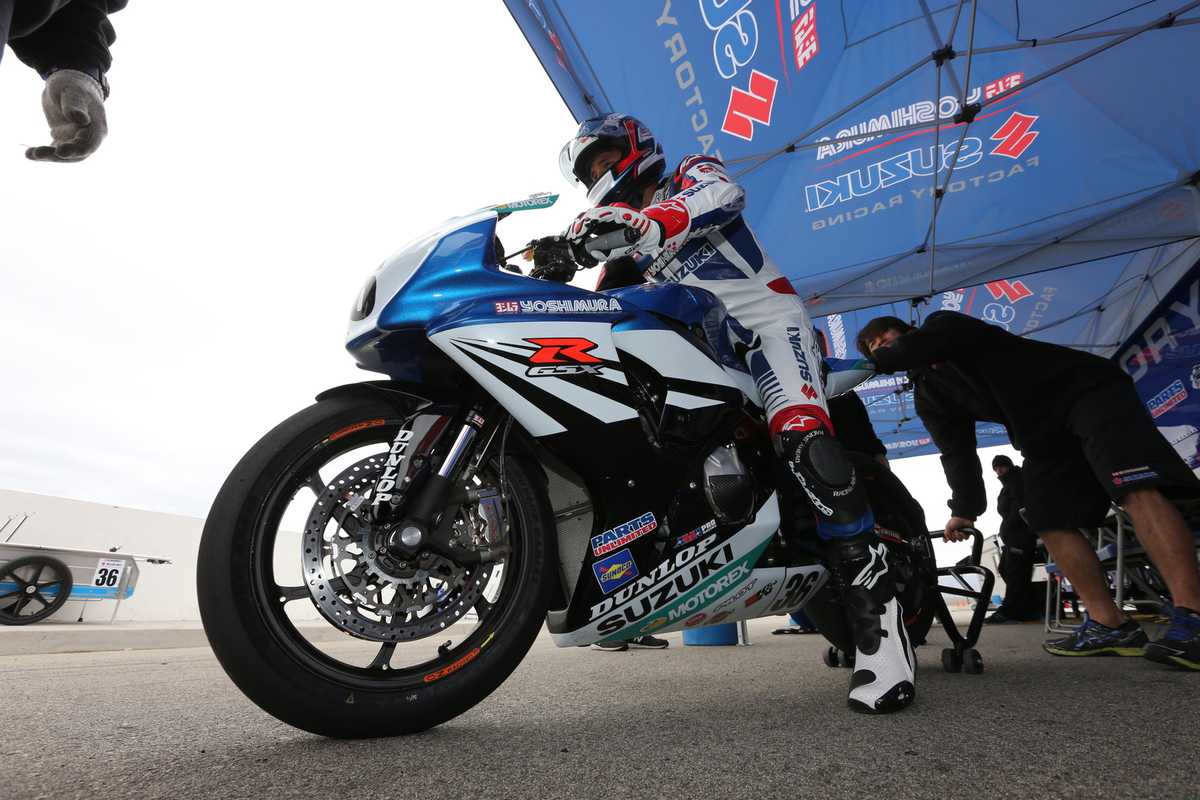 Fontana, California — Professional motorcycle road racers return to the 2.3-mile road course at Auto Club Speedway April 26-27 for a Superbike Shootout event held in conjunction with Fastrack Riders and WERA Motorcycle Roadracing. Sanctioned by WERA, the weekend will feature Pro Superbike and Pro Sportbike races as well as a full schedule of amateur races. Professional riders will run in designated practice and qualifying sessions on Saturday and will race on Sunday afternoon. Fastrack Riders will take to the track before, in between and after the pro sessions on Saturday and WERA amateur racers will be on track before and after the featured Pro races on Sunday.

The weekend is part of the new three-event Superbike Shootout series, which is also running with AFM at Sonoma Raceway in Sonoma, California May 3-4 and with UtahSBA at Miller Motorsports Park in Tooele, Utah May 24-25.

“It’s a very nice opportunity to race at Auto Club Speedway again,” said racer Martin Cardenas, who commutes from his home in Medellin, Colombia to race a Yoshimura Suzuki GSX-R1000 Superbike backed by Suzuki Motor of America. “It’s been, I think, since 2010 that we’ve been there, and I think it’s great that we can come back there. It’s very near Los Angeles. There’re a lot of people around. The circuit is quite nice. I think it has the potential to attract a lot of spectators, so that is a good thing for the racing.”

“It’s nice that the Southern California fans will be able to see the top riders in the country, and Suzuki is happy to have the Yoshimura Race Team involved in another Southern California event,” said Suzuki Motor of America Racing Manager Pat Alexander. “We haven’t raced in Southern California in a few years, so it’s good to have the Suzuki GSX-Rs back at Auto Club Speedway so the fans can see top racing. And it’s just a few miles away from Suzuki Motor of America headquarters in Brea, and Yoshimura Racing in Chino. Suzuki is supporting the three Pro Superbike and Pro Sportbike events in this new series with contingency. Interested racers can go to www.suzukicycles.com for the details.”

“WERA Motorcycle Roadracing is happy to be a part of this new three-race series on the West Coast,” said WERA President and CEO Evelyne Clarke. “Hosting a round of this series at Auto Club Speedway in April will add two Pro classes to our weekend schedule. Doing so will enable the Pro teams to visit a great facility and will give the WERA riders a show that they can aspire to be a part of in the future.”

“We are excited to see professional road racing back in Southern California for the first time in many years,” said Fastrack Riders President David Pyles. “Southern California is one of the sportbike hotspots in the United States and it makes sense to have racing here for all the fans. Fastrack Riders is proud to be a small part of bringing professional road racing back to our area and to Auto Club Speedway!”

The new series was started by racer, publisher and team owner John Ulrich of Lake Elsinore, California. “When I saw that there were no national-level professional motorcycle road races scheduled anywhere in the western half of the country, I knew I had to make something happen,” said Ulrich. “This series is modeled after British Superbike’s proven formula and we are very close to finalizing a television package. I’d like to thank WERA Motorcycle Roadracing and Fastrack Riders for working with me on this first step toward rebuilding our sport in the United States.”

Additional information will be released as it becomes available.