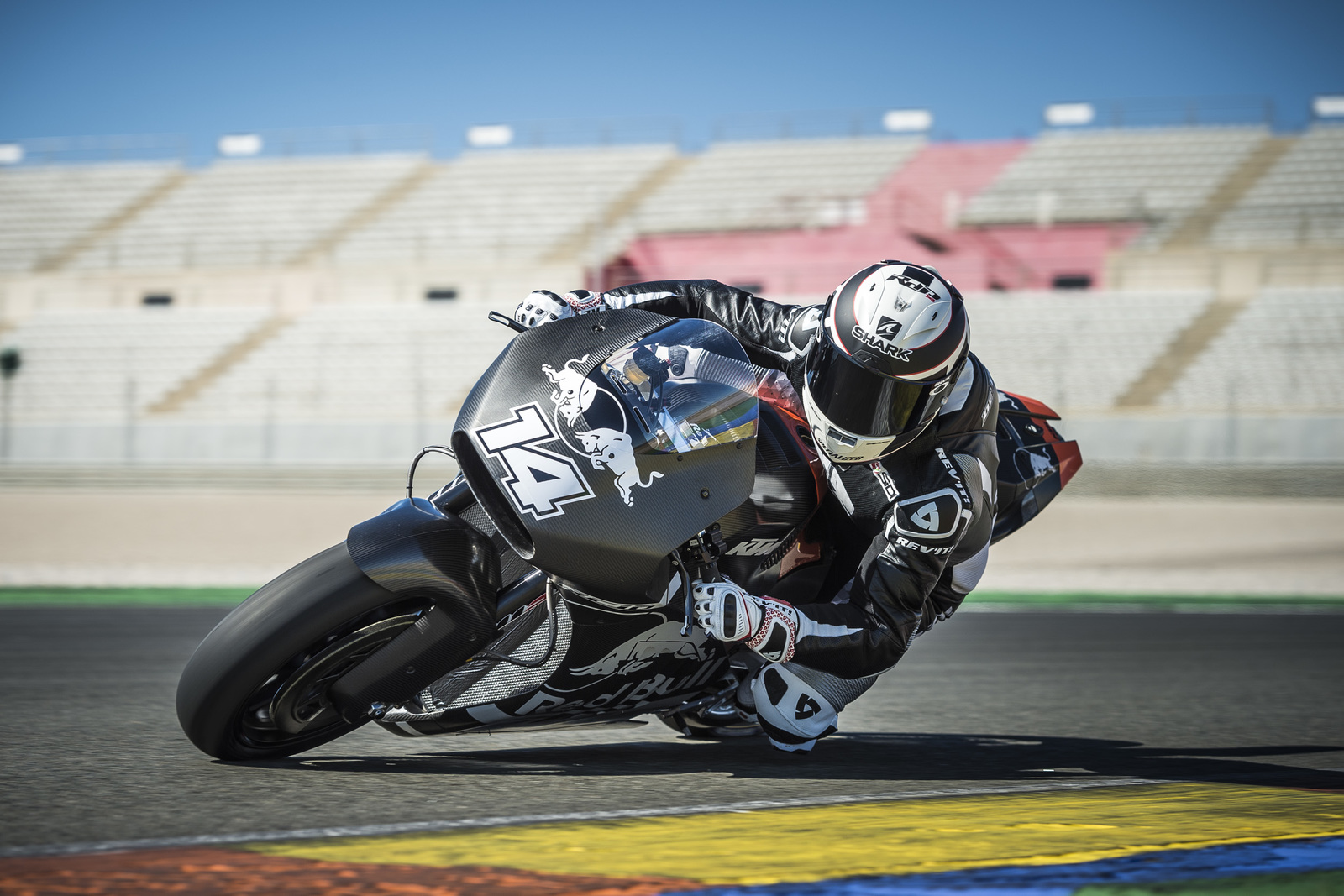 Test riders Mika Kallio (FIN) and Randy de Puniet (FRA) completed the latest round of tests on KTM’s MotoGP motorcycle from Monday to Wednesday [March 7-9] in Valencia, Spain. These tests, held in changeable weather conditions, follow on from the previous test in Jerez, three weeks ago.

Rain and a wet track on the first day, sunshine on the second and an overcast sky and strong wind on the final day presented the team and the two riders with new challenges at this second test on the Circuit Ricardo Tormo. However, despite the difficult weather, the team still managed to take more positive steps in the development of the bike.

Mike Leitner (Vice President Onroad): “A big compliment to both riders and all credit to the team who all managed extremely good work over these three very different and difficult days. Despite all this we were able to carry out a lot of tests and work in various directions. Similar feedback from both Mika and Randy put us on the right track for how we need to keep working ahead of the next round of tests. The team again made progress in the area of the electronics and we are able to get a better understanding of the tires and to set the bike up accordingly. As regards to the performance, we were able to take a clear step forward compared to the test here in November of last year.”

Mika Kallio (Test Rider MotoGP): “When it comes to the feeling we discovered a couple of important issues on the final day, where we worked on the front and the balance of the motorcycle. In the meantime it is also positive how the electronics are working and even though we lost more than a day because of the weather, we were able to tick off all the points on the plan. I am feeling more and more comfortable on the bike and although we are still taking it rather easy on the track, step by step we are working towards the limit.”

Randy de Puniet (Test Rider MotoGP): “For me this was a very important test, I am happy with the bike and we were able to try a lot of new parts. Unfortunately, because of the weather conditions and the other things we tested, I put in fewer laps than Mika. But with the experience we both gathered we will be able to start even better in the next test.”

The KTM MotoGP Factory Racing Team will use the time between now and the next test at the end of April to analyze the data from both the previous tests and further improve the KTM RC16 with updates and new components.

It is with heavy hearts that we can now...
Read more
Feature