© 2019, Roadracing World Publishing, Inc. From a press release issued By Lisa Theobald on behalf of ASRA/CCS:. 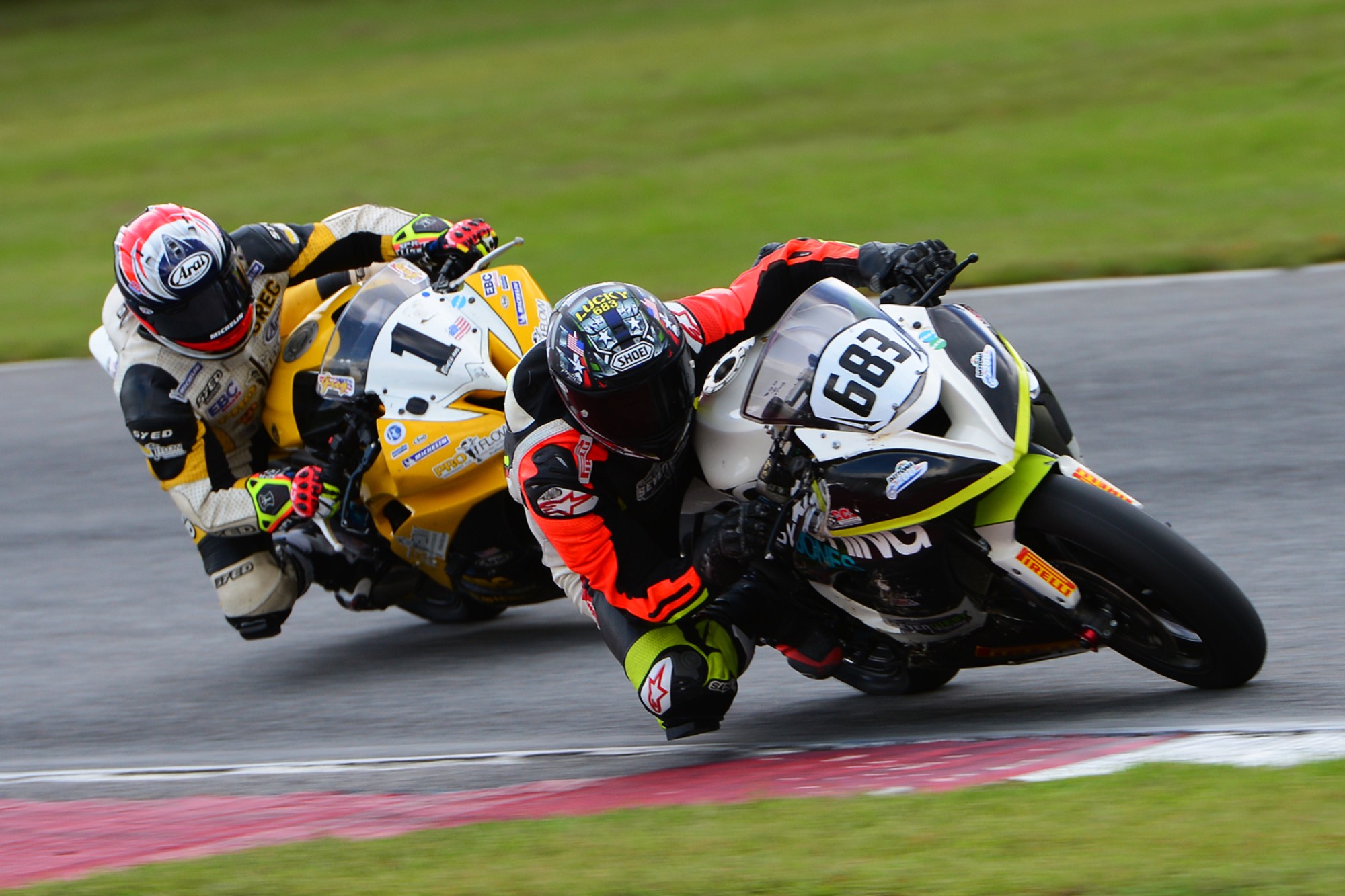 Ryan Jones won both runnings of the Expert Unlimited Grand Prix race at Roebling Road Raceway during the Championship Cup Series Southeast and Florida regional twin sprints weekend event Featuring AMA Sanctioned ASRA Sprints Presented by Pirelli Tire. Jones was out front early on his Seven West Racing BMW S1000RR in both Saturday and Sunday’s Unlimited Grand Prix races to take the checkered flag without much challenge. Jones led the way to the checkered flag during Race 1, finishing ahead of Gregory Ludt on his BMW S1000RR, and David Loikits on his Suzuki GSX-R1000. The grid for Race 2 on Sunday provided some competitor changes, and a lighter showing with Jones claiming victory in the final race of the weekend with Ludt finishing second and Jon Foy third on his Suzuki GSX-R1000.

Jones’ first win of the weekend was a bit more dramatic as he started the 25 minute-long GTU race on his Kawasaki ZX-6R, well after the rest of the field, and systematically passed each rider to make his way to the front and take the first win of the weekend, setting the pace for the rest of the event. Jones claimed seven victories during the event also winning the ASRA Sportbike, ASRA Superstock, and both of the Middleweight Supersport races.

Jones currently sits second in Overall Points for the CCS Southeast region, behind Greg Melka, who has a 96 point gap over Jones. Jones is continuing in his efforts to claim the Number One plate as Overall Points Leader in three regions. He is currently ahead in points in both the Atlantic, and Mid-Atlantic regions. He is thankful for all his supporters, including Pirelli Tires, GochiTech, Ride On Moto, Shoei, and Valley Cycle Center.

“Having entered 10 races over the two days, even riding a dirt bike in the woods four or more days a week was going to test my endurance,” stated Melka. “And with occasional MotoAmerica racer, Ryan “Scooter” Jones, coming down to continue our battle for the overall South East championship, I knew I was in for a challenge. He and I had four races together, and we split the wins over the two days, but I was able to set the outright fastest lap of the day on Saturday (of any class including the unlimited classes) in my first race, a 1:13.07 in Middleweight Superbike, bettering my previous best time by 0.2 seconds. And as said before, I got that first win against Ryan to hopefully set the tone for the weekend. However he took the next two wins in both Middleweight Supersport classes. But I was able to book-end my weekend against him in my last race of the day on Sunday, and rip the outright fastest lap of the entire weekend, of any class, with a lap time of 1:12.57 on lap two. I then backed that up on lap three with a 1:12.61 . It’s not a track record, nor even a 600cc track record, but it shattered my personal best time by over half a second. So along with a few minor changes to the bikes that mechanic AJ Horne and I decided to try, it was a clear testament to how good the just released Michelin Power Performance tires are.”

“I won the other six races entered on the weekend,” Melka continued. “But without Ryan in these races, I was able to lay off the starts, back the pace down, and have some fun with the other racers, mixing it up a bit with some newer experts, and even some of the amateur racers, doing some ‘mid-race coaching,’ as it were. I was told by many it was fun for all, so that was pretty cool to be able to do instead of just push out front by myself.”

Ever grateful to his sponsors, Melka concluded, “As always, thanks to Rob Walker and Michelin Tires and our track side tire vendors, Arai Helmets, AJ Horne and Jordan Strange at Squid Hunter Racing, Syed Leathers, EBC brakes, Thermosman Suspensions, Silkolene Oil, Engine Ice, Heroic gloves, Sidi boots, Century Design Graphics, Core Moto, Axis Powersports at Croom, Ryno Power sports supplements, and everyone at CCS for continuing to give us a place to race.”

The next round for the CCS Atlantic region is scheduled for Aug 31 – Sep 1st at New Jersey Motorsports Park. ASRA racers will meet again to compete Sep 21-22nd at Blackhawk Farms. The Mid-Atlantic and Southeast regions will meet again at VIR Sep 14-15th, and will include the ASRA Team Challenge race. And, the Florida region is scheduled to compete next at Homestead-Miami Speedway September 28-29th.

Full race results, lap times, points standings, and remaining 2019 season schedules for the Championship Cup Series, ASRA, and ASRA Team Challenge Series, and any and all information on past and future events for all series and regions are available online at: www.ccsracing.us.