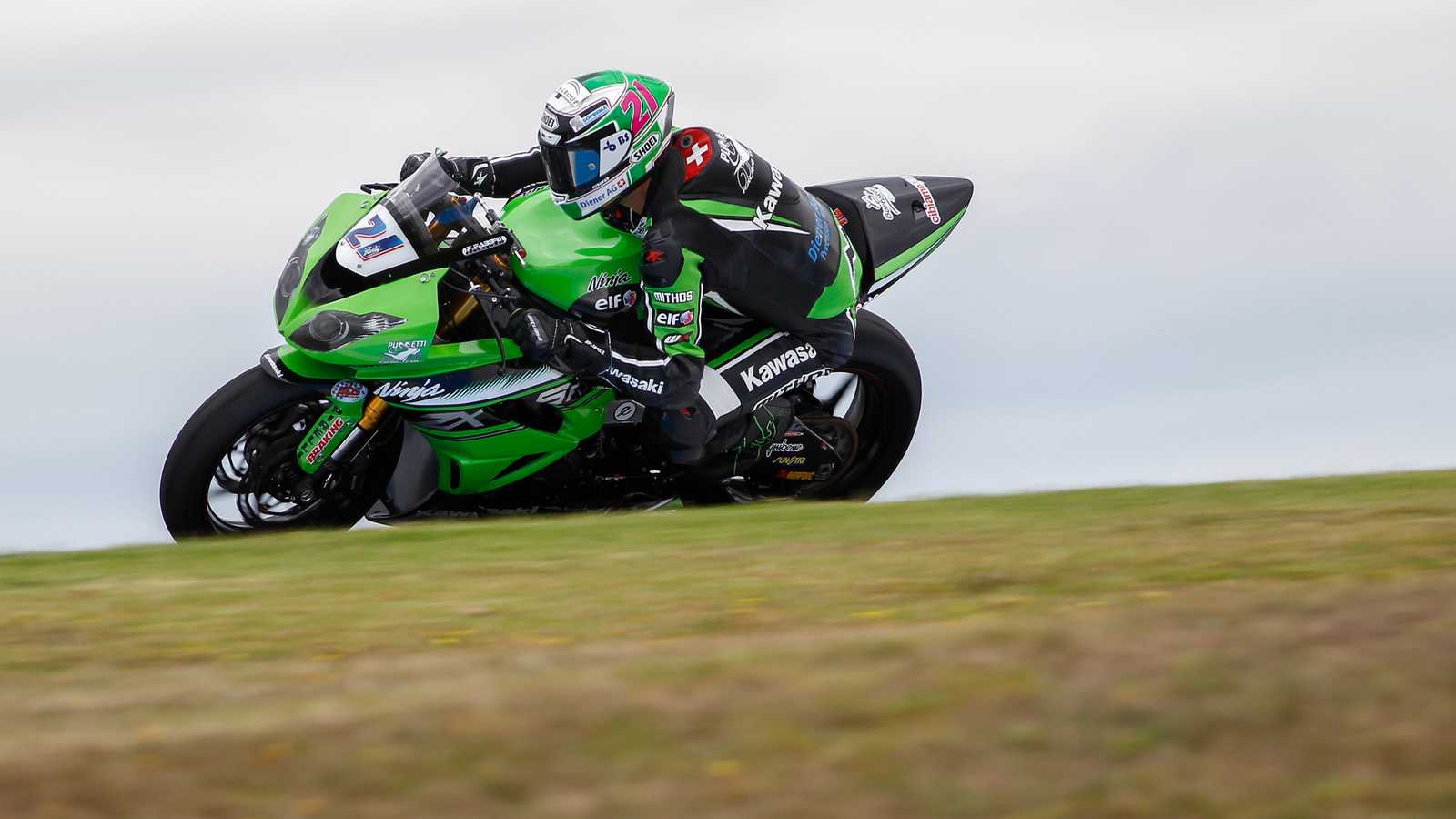 Day One Test Lap Times (all on Pirelli tires):

The Puccetti pair of Randy Krummenacher and Kenan Sofuoglu recorded a 1-2 finish in the second session of testing at Phillip Island, with track time interrupted by spots of rain and drizzle. The Swiss rider’s best lap of 1’33.678 in the second session saw him less than a tenth clear of his teammate in P2, after reigning Champion Sofuoglu dominated the morning. Frenchman Jules Cluzel was the Turkish rider’s closest challenger for most of the afternoon until improved track conditions saw Krummenacher able to take the number one spot, with American PJ Jacobsen and Italian Lorenzo Zanetti completing the top 5.

More, from a press release issued by GRT Racing Team:

The first day of official testing for the Supersport Class has just concluded at Phillip Island. Gino Rea, during this morning’s first session, went very well, improving his performance lap after lap until he obtained his best lap of 1’35.150. After an excellent fourth position in the morning, he returned to the circuit in the afternoon session with the objective of developing chassis and tyre compounds. A problem arose when using a second option tyre compound resulting in Gino sliding off, thus losing valuable track time. Gino completed the second session in 7th position with a time of 1’35.146. Despite this, Gino is very confident with the Team and the capabilities of the bike and looks forward to the second day.

Aiden Wagner completed the first session with a best time of 1’35.789 and was very satisfied with an eight place at the end of the session. Aiden made steady progress with various chassis set up changes and tyre options. In the afternoon session, further progress was made as subtle modifications were made to the motorcycle set up and thus Aiden completed the afternoon session, in ninth position with a time of 1.35.449.

Technical Director Mirko Giansanti: “Despite Gino sliding off and having to return to the pits, we are happy with the results of our riders on this first day. Rea got an excellent fourth position, confirming that he will be very fast and Wagner closed his afternoon session with a good 9th position and was making steady and very positive progress with the set up of the motorcycle. We are now waiting for second testing day. We are sure to be able to improve and to get to the weekend competition giving our riders the best possible support.”