Roadracing World started this exclusive special feature recognizing the most promising young road racers as an answer to pessimists who claimed America had no new, up-and-coming young racers. This edition of the Roadracing World Young Gun Awards marks the 24th consecutive year of showcasing an abundance of new talent.

We’ve spent the last several months accepting nominations and evaluating road racers between the ages of 11 and 18 (as of the start of the 2020 season) who have, at a minimum, won Expert-level road races and/or Championships on a 125cc two-stroke/250cc four-stroke or larger racebike or had outstanding results as an Amateur/Novice. Most of the riders included here have done far more than the minimum.

The young riders recognized here are the most promising young road racers in North America. All have earned the title of Roadracing World Young Gun. 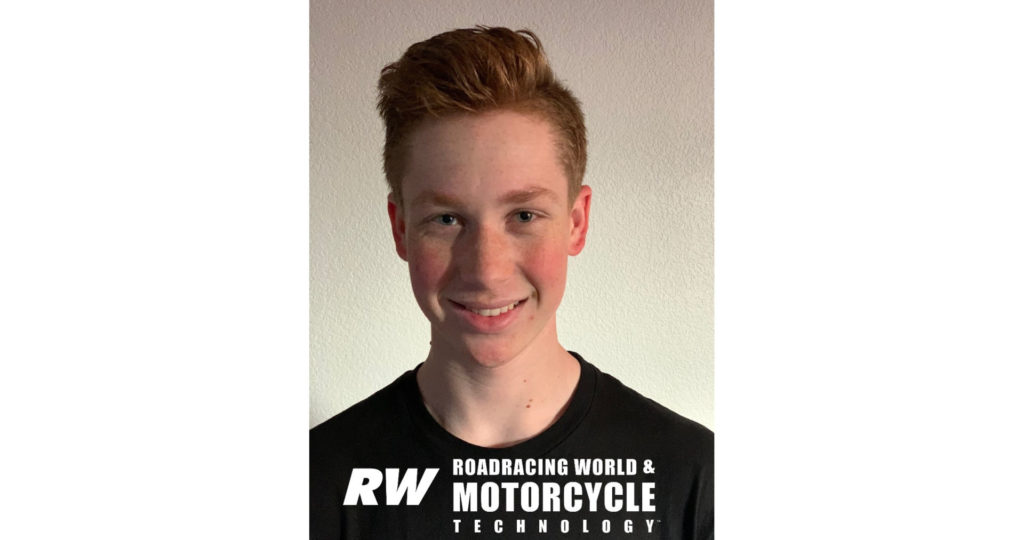 2020 racing goal: Win as many AFM Championships as I can.

Racing career goal: To get to the highest level of racing possible, with a lot of hard work maybe even MotoGP one day.

If I wasn’t racing I would be…: A professional Bass fisherman