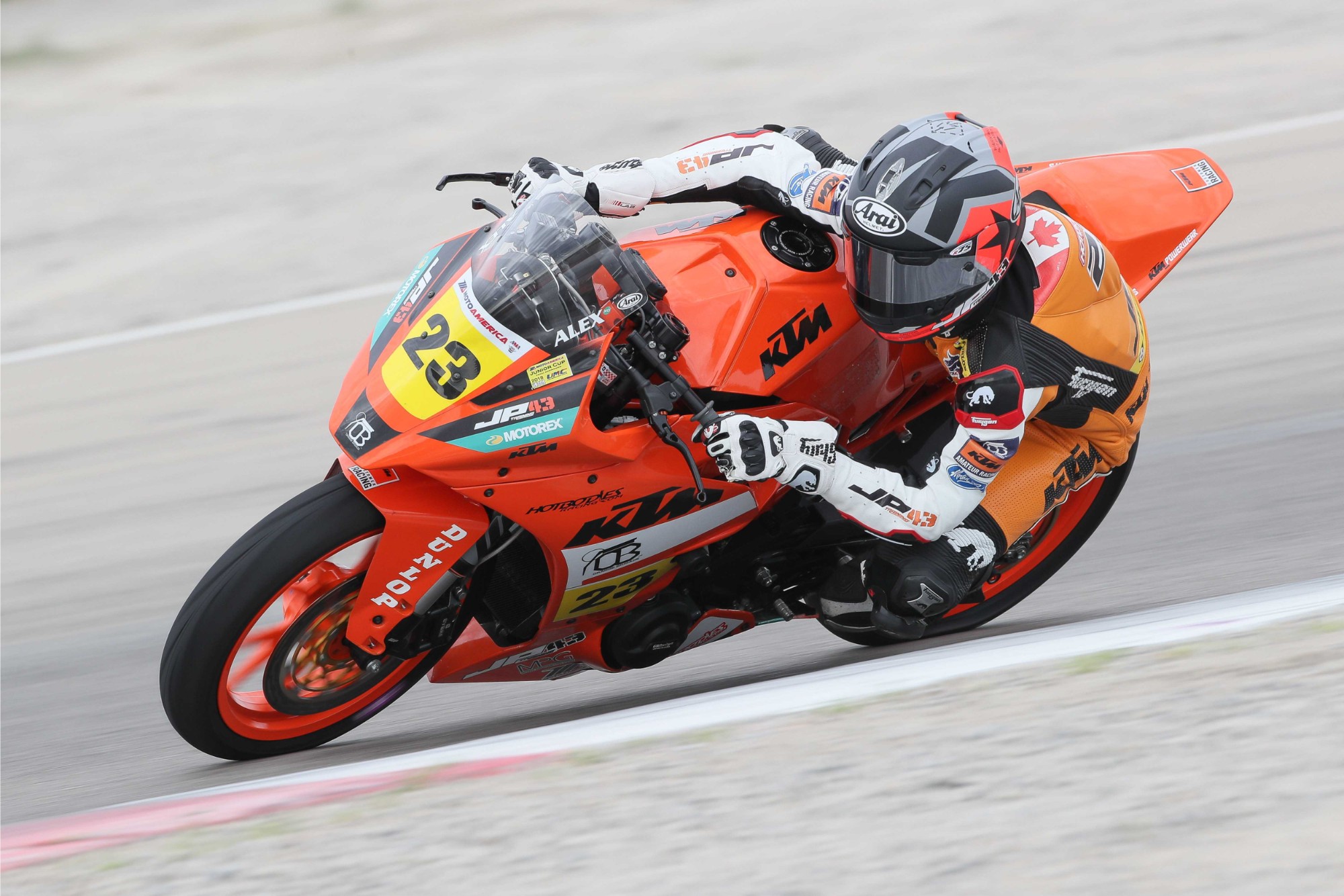 To be considered for the Young Guns feature, a racer must be between the ages of 11 and 17 years old at the start of the 2019 season; have finished in the top three in a sanctioned Expert-level road race or Championship on a 125cc two-stroke/250cc four-stroke or larger motorcycle with full-size (17-inch) wheels; and reside within the United States, Canada or Mexico. Nominees must also set up a rider profile on www.roadracingworld.com.

Amateurs/Novices with extraordinary road racing accomplishments will also be considered.

Riders can nominate themselves. Race sanctioning bodies, sponsors and race teams are encouraged to nominate young riders, but riders or their parents must request and then submit completed applications and provide photos suitable for publication by our deadline to be considered.

Riders who have previously been recognized as a Young Gun should call David Swarts at 909-654-4779 between 9:00 a.m. and 5:00 p.m. (Pacific Time) Monday through Friday to quickly update their profile information and arrange submission of up-to-date photos.

For new candidates who wish to be considered for the next Young Guns feature, obtain, fill out and return a 2019 Young Guns questionnaire to Roadracing World by January 11, 2019. Requests for questionnaires should be sent via e-mail to [email protected]

In addition to completed questionnaires, candidates must also submit a high-resolution action photo and a head shot (a photo clearly showing the rider’s face without sunglasses) suitable for magazine reproduction. Each submitted photo must include written permission (an e-mail is acceptable) from the photographer (even if the photographer is a parent) specifically giving Roadracing World Publishing the right to publish that photo(s) free of charge in the Young Guns feature and on roadracingworld.com. Digital images must be high-resolution, or 3000 pixels wide or tall at 4 inches. All photos must be accompanied by the name of the rider and the name of the photographer along with when and where the photo was taken, including the name of the racetrack. Photos should not have any watermarks or graphics added, and photo editing should be kept to a minimum. Digital photos are preferred, but hard copies of photos will be scanned and returned if a self-addressed, stamped envelope is included.

Late and incomplete submissions may not be considered.

Please familiarize yourself with our previously published Young Guns features before contacting us to ask questions.