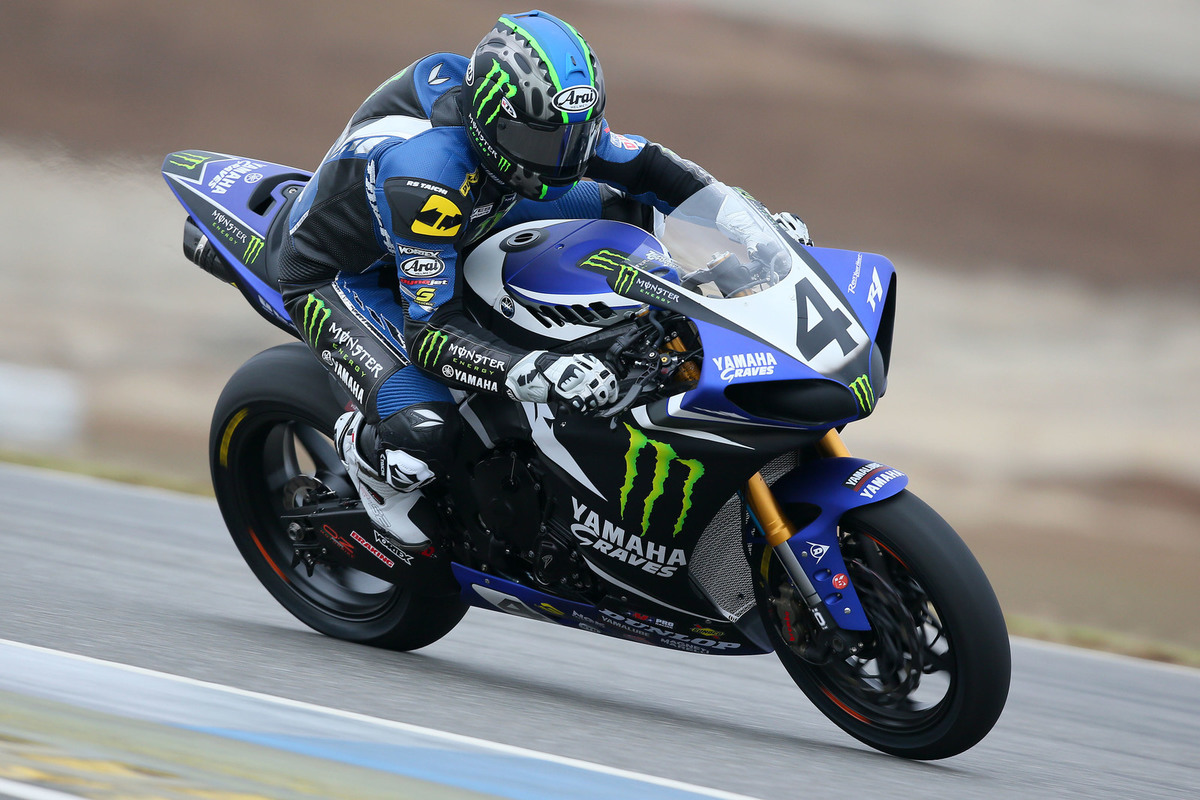 The entry list will include a who’s-who of the country’s top motorcycle road racers, including J.D. Beach, Cameron Beaubier, Garrett Gerloff and Jake Zemke, but no one is looking forward to returning to Sonoma Raceway’s 2.3-mile road course more than three-time Superbike Champion Josh Hayes, from Carlsbad (Calif.).

“From a racer’s perspective, I’m excited that someone has put in the effort to give us racers the opportunity to spend more time racing our awesome Superbikes. A big thank you for that,” said Hayes, who rides the #4 Monster Energy Graves Yamaha YZF-R1 Superbike. “We’ve always had good crowds at Sonoma Raceway. It’s one of the best tracks we go to in the country and one that’s always brought me a lot of success.”

The pro-am style event is part of a new, three-round series started by racer, Roadracing World publisher and team owner John Ulrich. The event in Sonoma was made possible when AFM opened its special 60th anniversary weekend to the concept of running alongside Superbike and Sportbike classes. The series will also include stops at Auto Club Speedway (Fontana) and Miller Motorsports Park (Tooele, Utah). The group is currently working on a television package for the series.

“When I learned that there were no national-level professional road races scheduled west of the Mississippi River for the 2014 season, I realized that I had to try to make something happen,” said Ulrich. “This event is the first step, and is modeled after the successful formula used by British Superbike. I’d like to thank the AFM, the club I started racing with in 1973, for working with me on this effort to rebuild our sport in the United States.”

Professional riders will run practice and qualifying sessions on Saturday, with 18-lap main events slated for Sunday afternoon. AFM groups will be on the track before, between and after the Pro Superbike and Pro Sportbike sessions and races, and the entire event is open to the public.

“This is probably the coolest thing that I have been able to be involved with since I’ve been the president of the club,” said AFM President Berto Wooldridge. “It fundamentally changes the landscape of AFM racing to have a signature event at our home track that brings in AFM amateurs and semi-pro and pro riders from across the country.”

The event also has the support of Yamaha Motor Corp., U.S.A. Racing Division Manager Keith McCarty, who has embraced the idea of creating more road racing events in the western United States.

“First and foremost, we want to race,” said McCarty.“That’s the simple reason that we’re going to Sonoma Raceway. But, more importantly, we’re glad that our fans in the western part of the country will be able to see us. And we’re also happy that our fans, and fans of all motorcycle road racing in general, will have additional exposure to our team sponsors. Everyone is excited about our involvement – our riders, our crew members, our sponsors – and we’re sure our fans will be as excited as we are. We’re looking forward to being a part of it.”

For more information on the AFM weekend at Sonoma Raceway, May 3-4, visit www.afmracing.org. Tickets will be available at the gate for $25; children 12 and under are admitted free and parking is free.

“We are delighted to welcome the country’s top motorcycle road racers back to Sonoma Raceway,” said Steve Page, Sonoma Raceway president and general manager. “This is an excellent addition to the AFM race weekend, and I know it will be very well received by the many two-wheel racing fans in Northern California.”