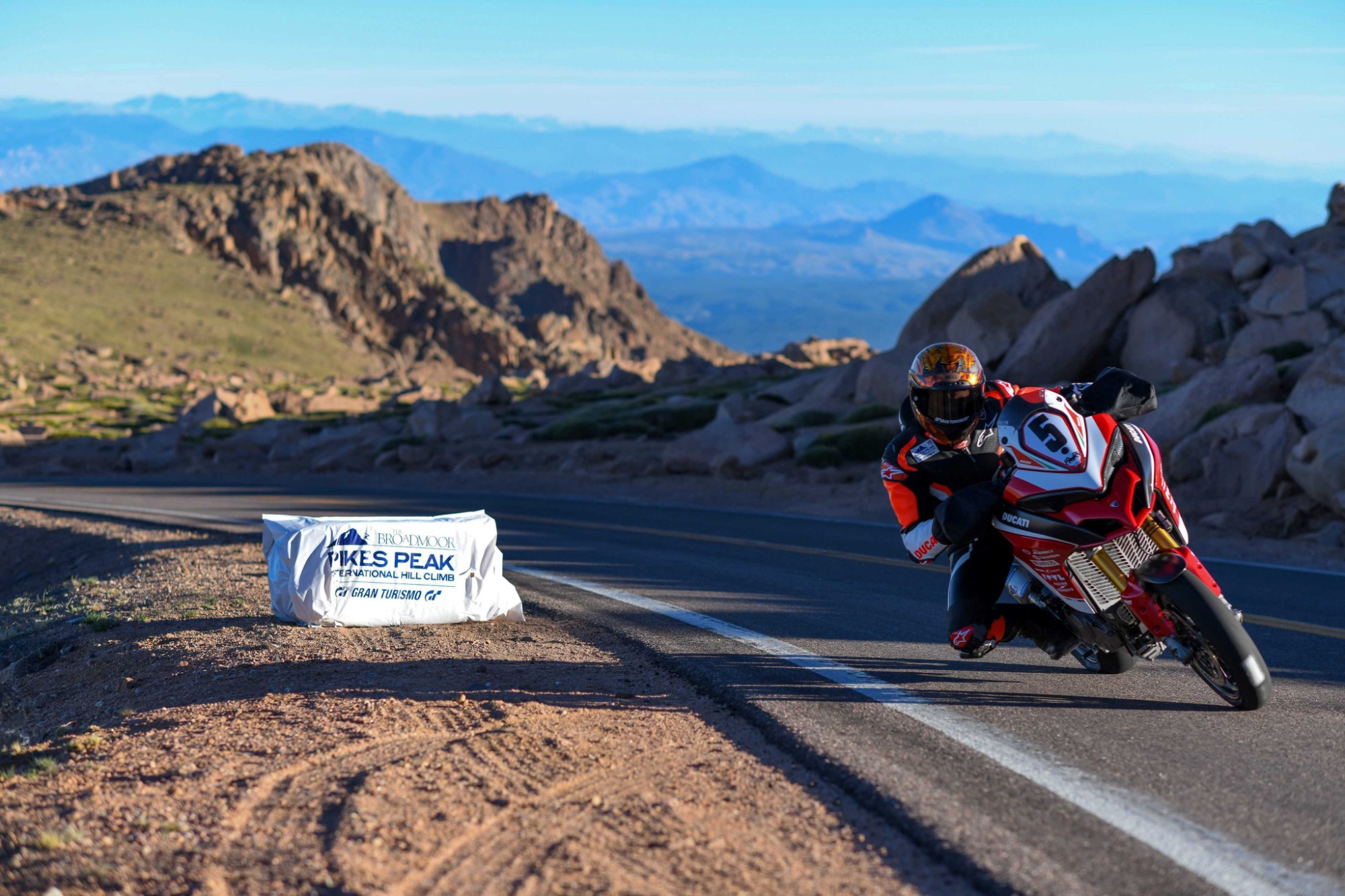 This is Dunne’s fourth victory at Pikes Peak.

“We did it. We took the podium,” said Dunne, who notably was the first motorcyclist ever to traverse the 4,720-foot Pikes Peak race course in less than 10 minutes in 2012. “The Multistrada 1260 Pikes Peak proved as amazing as we all hoped. It performed flawlessly, giving me everything I needed to get up the mountain. Pikes Peak is never an easy race, but the weather cooperated and we clinched the victory for Ducati.”

This is Ducati’s seventh victory on the mountain since the company’s debut in 2008. Ducati and Dunne held the all-time course record from 2012 until 2017, a year in which Ducati was not part of the official race competition. Dunne’s previous victory in 2012 was achieved on the game-changing Multistrada 1200 S.

Rounding out the Ducati team this year was new member Codie Vahsholtz, who finished in third with a time of 10:12:703. Vahsholtz is a Colorado native who comes from a family of Pikes Peak champions and has established a series of victories of his own.

This year, for the 96th running of the “Race to the Clouds,” Ducati partnered with Shell Advance, Brembo, Pirelli, Termignoni, Spider Grips, Ducati by Rizoma, Race Tech, Revl and Racing Cowboys.