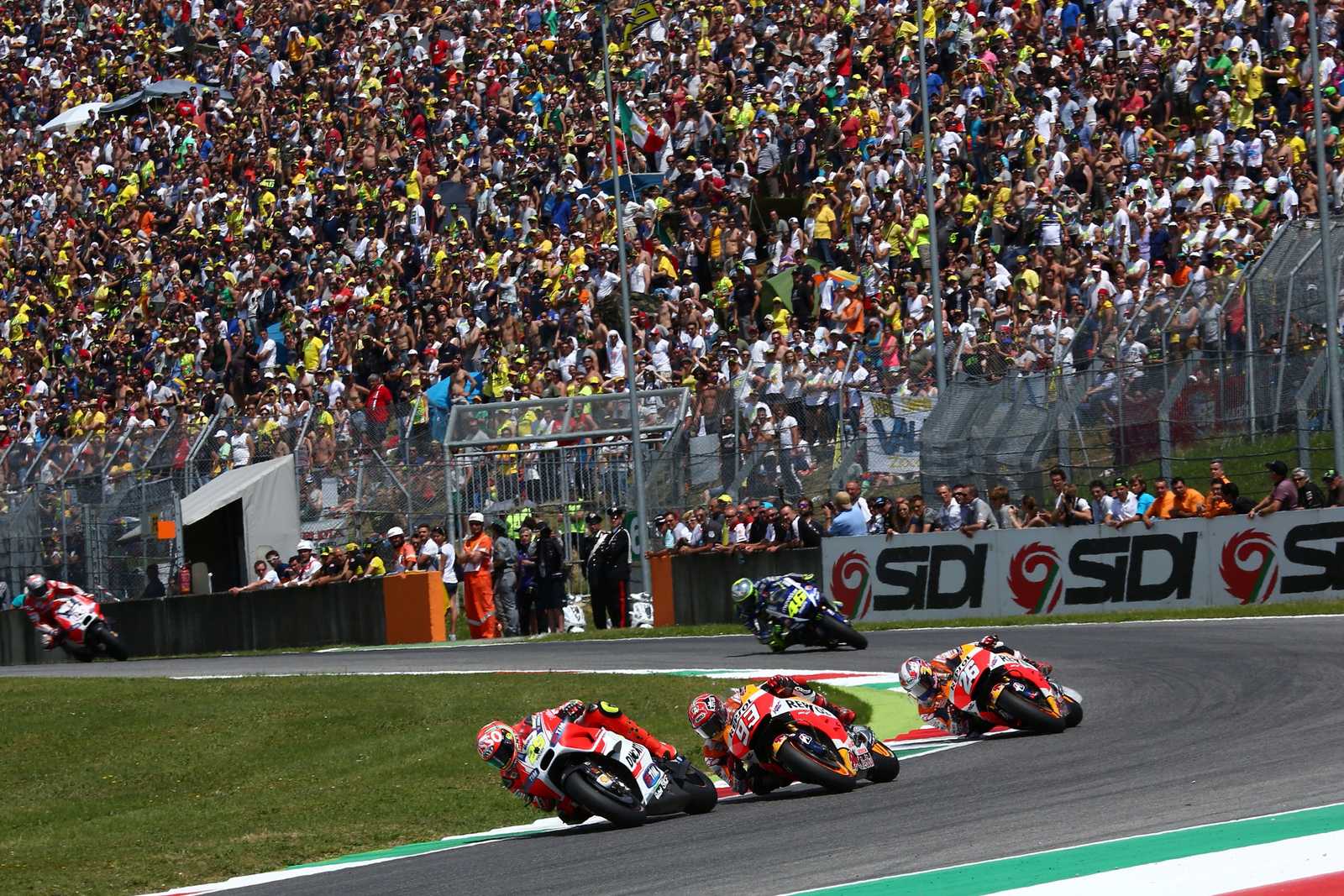 A Huge Part of the Action

MotoGP™ will launch a Fan World Championship™ series in 2016 in conjunction with the release of MotoGP Championship Quest, the official MotoGP™ mobile racing game which was released exclusively on the iTunes App Store on March 10th before a global roll out on both the Google Play and Amazon App Stores in April 2016. The Fan World Championship™ is a world first in E-Sports and targets the massively growing global mobile phone market which is expected to reach 2.35 billion units in 2019, up from 1.96 billion in 2014, according to the latest worldwide forecast by technology analyst firm CCS Insight.

In the game, fans of the sport will race to lift their favorite rider to the podium of the Fan World Championship™ during the year long series which aggregates the collective scores of the MotoGP™ riders’ fans and produces a result which is reflective of the fans’ efforts, not the popularity of the racer. “We didn’t want the Fan World Championship™ to be a popularity contest because if it were, the riders leading the live championship would win every week,” said Mark De Simone, CEO of WePlay Media, developer of the mobile game. “Instead we wanted to make it about the fan’s contribution to their rider, effectively democratizing the MotoGP™ field and focusing on fan engagement.”

Each week, a Fan World Championship™ podium will be decided and the MotoGP racer with the highest average fan score will win that round, while the fan who contributed the most points to that rider will win the round of the Fan World Championship™. A beautiful trophy will be promptly shipped to the first, second and third place getters along with t-shirts and other swag. A monthly winner will receive a MotoGP™ limited edition Tissot watch.

Co-Founder of WePlay Media, Graeme Warring said, “When we took on the challenge of producing a game for the fans of MotoGP™, we did so for all of the fans around the world, not just the hardcore gamers amongst them which is traditionally the domain of E-Sports.. By making the game free to play, we know we’ll reach a really broad audience, so we need to ensure that the racing experience will be fun for everyone that picks it up, that their contribution to their favorite rider would be meaningful and that any fan could win if they try. To us, E-Sports on the mobile platform represents a great opportunity for the fans, for MotoGP, the racers, teams and sponsors alike, but at the end of the day the Fan World Championship is a series exclusively for the fans”.

The game will initially feature all 2015 season MotoGP riders, five Grand Prix circuits and then new ones will be added each month. As the 2016 series liveries and track signage is confirmed a 2016 season update will be quickly introduced to ensure authenticity of the experience.

Pau Serracanta, Managing Director, Commercial Area, at Dorna Sports S.L. said, “We are really excited to introduce this game to the fans of MotoGP™, we are very proud of the quality of the game and most importantly we are looking forward to seeing the fan engagement with the riders through the Fan World Championship™. The global appeal of MotoGP™ means that millions of fans around the world follow the championship and this game will give them the opportunity to really connect with the sport and their favorite rider.”