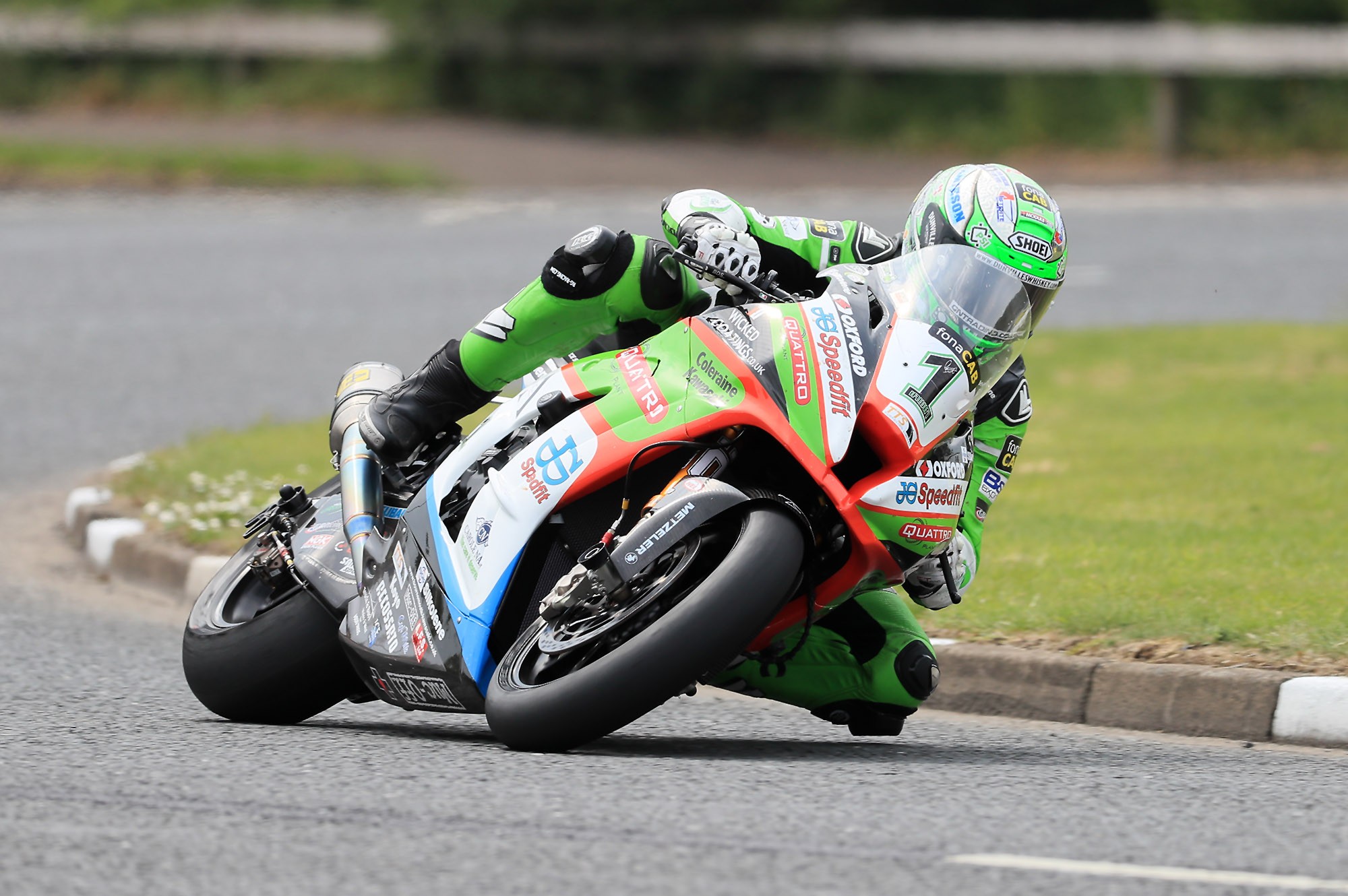 According to NW200 Press Officer Stephen Davison, lap records at the North West 200 can only be officially recognized if they are recorded during a race.

The winner of the last three big bike races on the 8.9 mile Triangle circuit lapped in 4min 21.767sec, 0.328 sec faster than Michael Dunlop’s outright lap record that has stood since 2016.

‘It’s only pole but it’s important.’ Irwin said, referring to his lackluster start to the 2019 BSB series and a poor opening North West qualifying session on Tuesday.

‘I was down in the dumps and in tears on Tuesday night. I haven’t been myself and didn’t want to be here but I came with a different attitude today.’

The pole position rounded off a good day for the Carrickfergus man who also qualified on the front row for the Superstock and Supertwins races on the Quattro Plant and KTS Racing Kawasakis.

Irwin had been helped on his ride to pole by Dean Harrison who circulated just in front of the Quattro Plant machine on his similar Silicone Kawasaki. Harrison also dipped under the existing lap record time before finishing 0.206 seconds behind Irwin.

Alastair Seeley completed the front row of the grid on the PBM/Be Wiser Ducati V4RR just 0.071 secs behind Harrison.

David Johnson remains in 13th although he didn’t ride in the final superbike qualifying after crashing at Magherabouy in the earlier Supersport session.

Davey Todd, last year’s fastest newcomer finished 14th quickest on the Wepol/Penz13.com BMW but John McGuinness languishes 22nd fastest on the Norton in his North West comeback. The Morecambe man lapped three seconds faster than he had on Tuesday on the Norton SG8 but only completed one lap before stopping.

Racing begins this evening (Thursday) at 5.45pm, after roads reclose at 5pm. The Tides Restaurant Supersport race opens the action followed by the Bayview Hotel Superstock event and the MCL Insuretech Supertwin race.

On Saturday roads close at 9.15am with a five race programme beginning at 10am. The Junction Retail and Lesiure Park Supersport race is followed by the first superbike race, sponsored by the Anchor Hotel and Restaurant Complex. The John M. Paterson Supertwin race and the CP Hire Superstock race follow with the Merrow Hotel and Spa NW200 feature Superbike race bringing the curtain down on the 2019 North West 200 action.