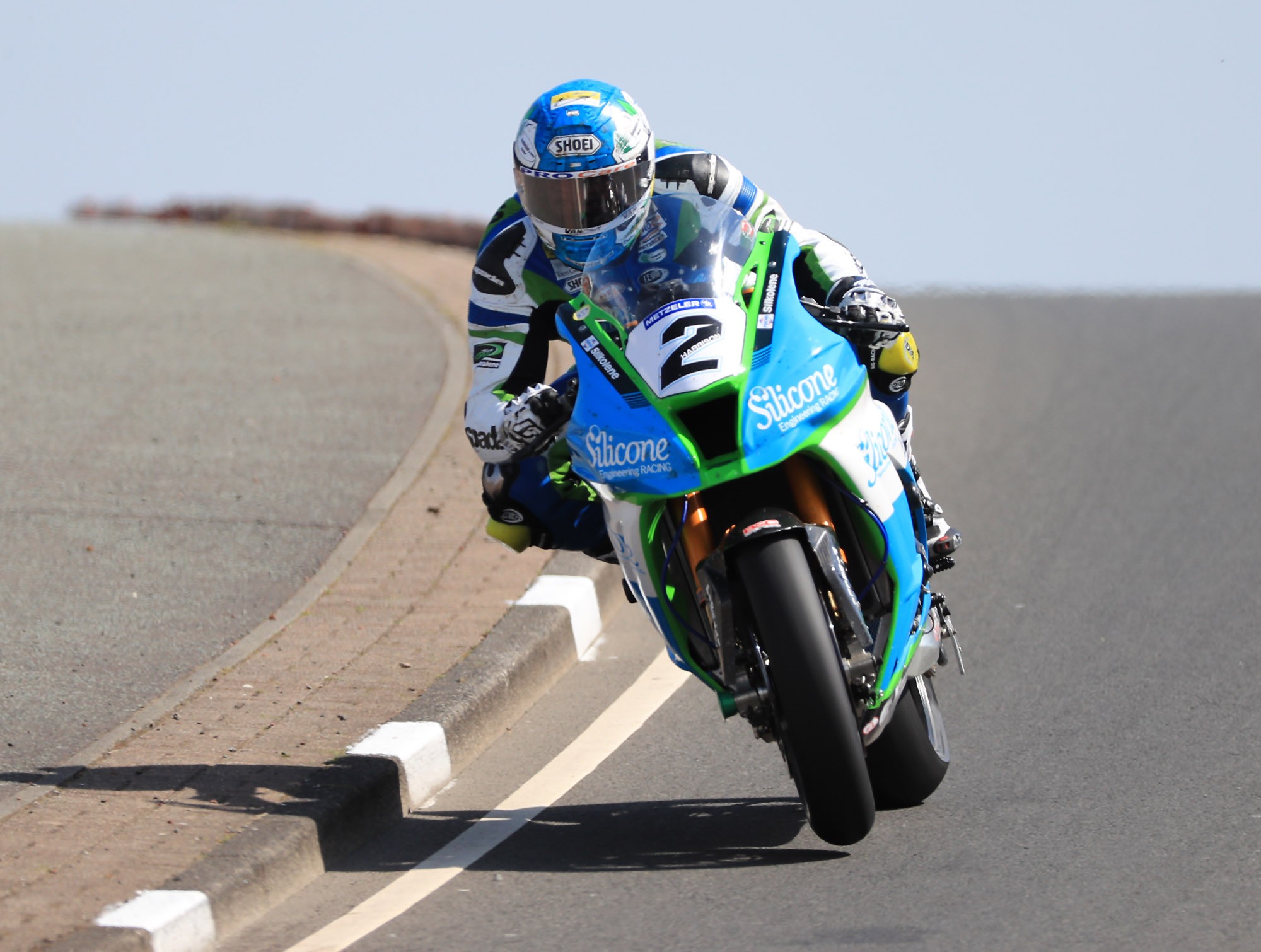 Editorial Note: American Patricia Fernandez was 10th in the Newcomers Free Practice session Tuesday in Northern Ireland. Fernandez recorded a best lap time of 5:33.256 in the six-lap session, which was led by Lukas Maurer with a lap time of 5:08.240.

Dean Harrison topped the superbike class
speeds on the Silicone Kawasaki ZX-10RR in the opening practice session of the
2019 fonaCAB International North West 200 in association with Nicholl Oils.

The Bradford rider
was 0.531 seconds faster than local favourite, Michael Dunlop on the Tyco BMW
S1000RR during the dry and sunny first day of action that saw no red flags or
incidents.

Hillier was
7/1000ths of a second faster than Quattro teammate and the winner of the last
three superbike races at the North West, Glenn Irwin.

North West veteran
Michael Rutter, who made his debut at the Northern Irish event in 1992, was 9th
fastest on the Bathams/Aspire Ho RCV213S Honda, almost five seconds slower than
Harrison.

John McGuinness,
who is making his return to the event after breaking his leg during practice at
Primrose corner in 2017, was 19th fastest on the Norton. The
Morecambe racer broke down at University corner during the session.

Alastair Seeley
topped the times in the Supersport qualifying on the EHA Yamaha 0.182secs ahead
of Lee Johnston on the Ashcourt Racing Yamaha with James Hillier third on the
Quattro Plant Kawasaki. Michael Dunlop
was 4th, 1.6 seconds behind Seeley, on te MD Racing Honda with Dean
Harrison (Silicone Kawasaki) and Peter Hickman (Trooper Beer Triumph)
completing the top six.

It was Hickman who
claimed provisional pole in the Superstock class with his final lap of the
session on the Smith’s Racing BMW. The BSB star was 1.437 seconds faster than
Lee Johnston’s Ashcourt Racing BMW with Dunlop making it a top three for the
German manufacturer on the MD Racing S1000RR.

Glenn Irwin was
once again out paced by his Quattro Plant Kawasaki teammate, James Hillier as
Hillier claimed 4th, 1.1 seconds faster than the Carrickfergus man
in 6th. Michael Rutter was 5th, sandwiched in between on the Bathams/Aspire
Ho BMW.

Jamie Coward was
the surprise package of the day, topping the timesheets in the Supertwin class
on the KTS Racing Kawasaki ER6. The English rider was 0.2 seconds faster than
Michael Rutter, who is chasing his 15th North West win, on the KMR/
Bathams Kawasaki.

Christian Elkin
(Dynocentre NI Kawasaki) was a further 1.1 seconds back.

Qualifying resumes
on Thursday morning, with roads closing at 9.15am and the action beginning at
9.45am. The roads will re-open at 2.45pm and close again at 5pm for the first
three races of the meeting- Tides Restaurant Supersport race, Bayview Hotel,
Superstock race and MCL Insuretech Supertwin event.