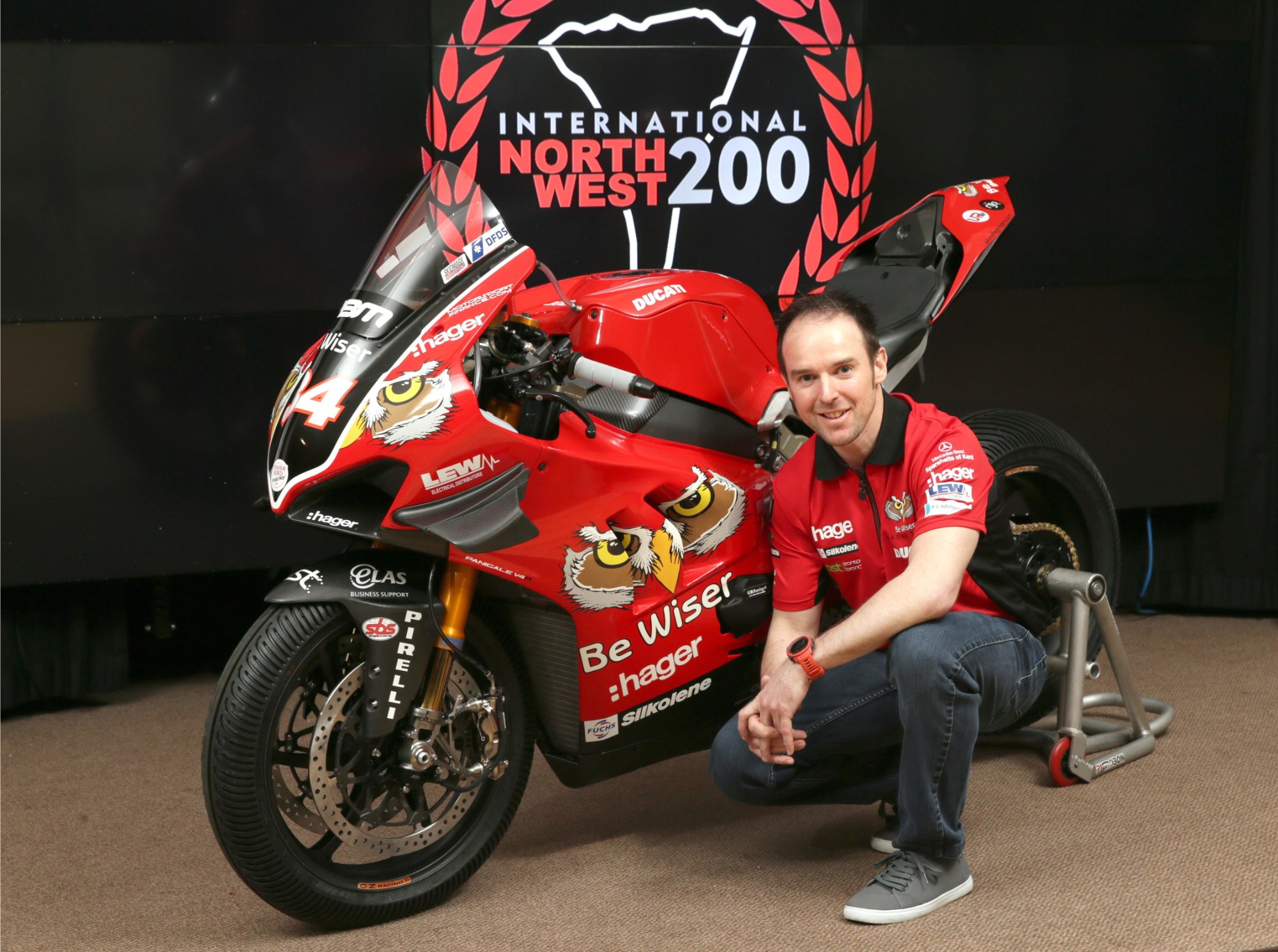 Alastair Seeley will race a Be Wiser Ducati V4 R at this year’s fonaCAB International North West 200 in association with Nicholl Oils on May 12-18th.

The event’s most successful rider with 24 victories has agreed with PBM boss Paul Bird to ride the new V4 R machine at this year’s north coast event for the Penrith-based team whereby the agreement was unveiled at tonight’s race launch in Coleraine.

“I am chasing my 25th victory at the North West 200 and I really want another Superbike race win,” Seeley said. “I know the PBM team will give me a great bike in the new Be Wiser Ducati V4 R to help me do that. Everyone saw what the Ducati was capable of in the opening round of the World Superbike Championship at Phillip Island last weekend and I am very excited to be riding the bike at the North West 200.”

The PBM Be Wiser Ducati team have won the last three Superbike races at the North West 200 event with Seeley’s arch rival, Glenn Irwin. Irwin has now switched to a rival Kawasaki team and Seeley’s move to Be Wiser Ducati will see the two Carrickfergus men go head to head on the 8.9-mile closed roads ‘triangle’ circuit once again come May.

“PBM have enjoyed lots of success at the North West 200 but this is a new chapter in a new book for the team with the new V4 R machine.” Seeley continued. “There can be some teething problems with a new bike but hopefully PBM’s BSB riders, Josh Brookes and Scott Redding, will have those sorted out for me before I get on the bike.”

The 39-year-old will also race in the North West 200 Supersport races aboard the EHA Racing R6 Yamaha that he will compete on in the British Supersport Championship.

“Hopefully I will be coming to the north coast with a couple of good performances in the opening two BSB rounds and with a good testing programme on the PBM Be Wiser Ducati V4 R under my belt.” Seeley said. “Top speed and good stability are key at the North West 200 and I think I will have the tools to do the job. The new V4 R sounds like a MotoGP bike and it will be exciting for everyone to hear it going around the North West 200” concluded Seeley.

Paul Bird, Team Owner: “The North West 200 is a fantastic event and we have enjoyed some great success over the years. Three Superbike wins on our return with Ducati over the past couple of years has been magnificent and we want to build on that with the new Be Wiser Ducati V4R. So, who better than Alastair Seeley, the most successful rider of all time at the event, to ride the bike and we are confident we can challenge for more race wins.”

“We have been working on securing this tie up between Alastair and Paul Bird’s Be Wiser Ducati Alastair Seeleyteam for several months,” North West 200 Event Director, Mervyn Whyte MBE, said. “PBM and Be Wiser Ducati are one of the leading teams in the British Superbike Championship with a fantastic record at the North West 200 over the past two years. Alastair Seeley is the North West 200’s most successful rider and the prospect of seeing Alastair on board the new Be Wiser Ducati V4 R, locked in a battle with riders like Glenn Irwin, Michael Dunlop, Peter Hickman and Dean Harrison is a mouth-watering prospect that will excite every road racing fan.”