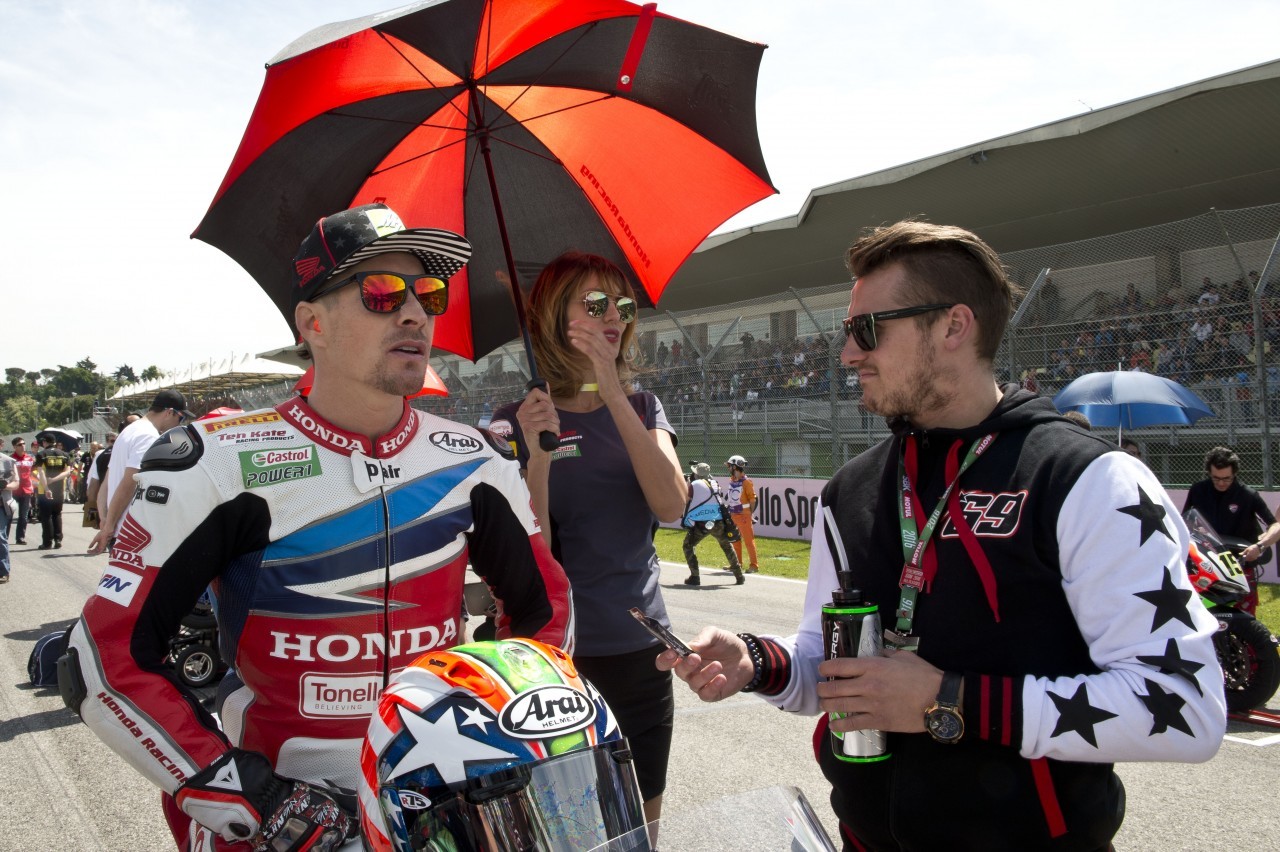 COSTA MESA, CA, JUNE 7 – Fans who are planning on attending the Honda Superbike Showdown of Alabama at Barber Motorsports Park this coming weekend, June 11-12, are in for a treat as the race weekend will feature much more than just the best road racers in the country doing battle in the 2016 MotoAmerica AMA/FIM North American Road Race Championship.

The action all gets rolling on Saturday, June 11 and continues on Sunday, June 12, with Clint Ewing stunt shows (on the front straight), Mini GP demonstrations, Honda and Suzuki demo rides, the Paddock Autograph Signing presented by Dunlop Motorcycle Tires and what is likely to be the most popular event of them all – the Nicky Hayden Vintage Honda on-track demonstration laps.

On Saturday, Hayden, the 2006 MotoGP World Champion and 2002 AMA Superbike Champion, will turn laps from 11:45 a.m. to 12:15 p.m. on various vintage Hondas, including a 1960 Honda RC161 250cc Grand Prix racer and a 1979 CB825 Superbike straight out of the Barber Vintage Motorsports Museum, which is also a must-see for those coming to the racetrack. On Sunday from 11:30 a.m. to 12 p.m., Hayden will again burn demonstration laps on the vintage bikes.

Honda and MotoAmerica are offering a special $99 Cycle Corral ticket package that includes a two-day general-admission pass, preferred motorcycle parking, a track walk with Honda-sponsored MotoAmerica racer Benny Solis, and a motorcycle parade lap. The first 100 fans to purchase the ticket package are also invited to attend a special Honda party from 5:30 to 7:30 p.m. on Saturday at the museum, where they can view Honda racebikes and participate in a meet-and-greet with Hayden. For more information and to purchase the ticket package, visit www.barbermotorsports.com

Honda’s display of bikes will also be present at the June 11-12 Barber event, and in addition to the NC700X static roller demonstration, fans will have a unique opportunity to try out the new CRF1000L Africa Twin and VFR1200X adventure bikes in the paddock.

The track will also have nighttime activities, including the showing of “Hitting The Apex” on the Jumbotron during Movie Night on Saturday evening at 7 p.m.

Additionally, the Next Moto Champion Talk Show will be bringing one of its fan-favorite segments from its weekly, Danielle Teal-hosted talk show. Fans of the show may have seen riders like Chris Carr and Garrett Gerloff competing against each other on the classic 1985 stand-up arcade game, Sega Hang On. Now race fans will get the chance to compete against MotoAmerica’s top racers like Josh Hayes, Roger Hayden, Cameron Beaubier, Jake Gagne and Toni Elias in the Sega game. Those riders and more will be coming by the Next Moto Champion tent to twist the Hang-On throttle as they compete for the highest score and a first-place trophy. Fans should stop by to test their skills, meet riders, win prizes and race.