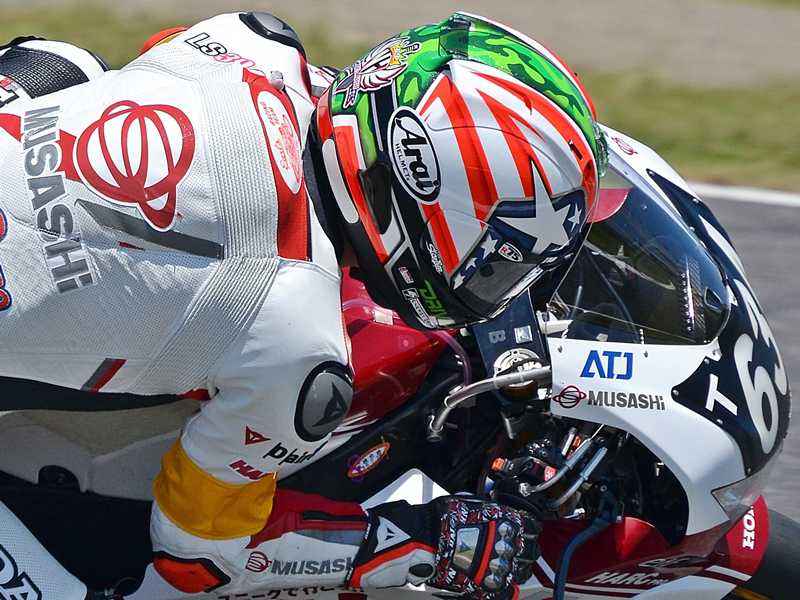 Once A Racer, Always A Racer – Nicky Hayden, R.I.P.

(A version of this tribute was first published on motorbikeroadracing.com on May 22, 2017. It has been adapted and posted here with permission.)

Nicky Hayden’s 2016-2017 contract with Honda could have been the start of a long-term transition into a career after racing. He was already a brand ambassador in leathers, a racing representative of the company for which he’d won the 2006 MotoGP World Championship, the 2002 AMA Pro Superbike Championship, countless races and the admiration of race fans around the world. The contract could have been the start of a victory lap, so to speak, a time to receive the accolades for a job well done.

But Hayden wasn’t interested in taking it easy. He still wanted to win races and knew he could still be competitive. It was near the halfway point of the 2017 World Superbike season when he suffered fatal injuries in a car-bicycle collision while training in Italy. But he was already starting negotiations for 2018 and beyond, looking for more support from HRC and a more competitive motorcycle.

The proof that Hayden wasn’t mailing it in came in a wet-but-drying 2016 Superbike World Championship race in Sepang. As Hayden said afterward, he wasn’t in title contention, so it was time to take some risks. Hayden pushed his way to the front in the tricky conditions, managed the gap and gave the aging CBR1000RR and Ten Kate Honda their first win in nearly two seasons.

I ran into Hayden at the 2016 Suzuka-8 Hours, where he was riding for the MuSASHi RT HARC-PRO factory-backed Honda squad. Hayden was racing royalty there. Honda executives took selfies with their family members and Hayden. An interview with Hayden was featured in the official program for the race.

Hayden’s schedule was packed, but he took a few moments for a brief interview with me on Saturday after practice and qualifying. We talked about the technology on the bike, the challenge of riding long stints in the brutal Japanese summer heat and humidity, and the team’s chances in the race.

Sunday morning, I got up, got to the track and logged on to my e-mail in the press room. And there was a text message from Hayden, sent to a senior Honda P.R. executive, who forwarded it to me. It read, verbatim:

“Will you tell the guy I did the interview with the other hard part was being third rider with tire limit that I didn’t get new tires for qualifing…. Can u tell him? Thx”

Hayden was battling a bike he was unfamiliar with, settings that were a compromise with two other riders, a huge fuel tank and the aforementioned suffocating heat and humidity. Hayden was a MotoGP legend. He had absolutely nothing to prove to anyone.

And he still wanted me to know that the real reason his teammates were faster than he was on Saturday afternoon was only because he didn’t get a crack at a fast lap on fresh tires.

Hayden was, by all accounts, a genuinely nice human being. But at his core, he was a racer, and the desire to be the best burned as brightly in him as it did – and does – in every champion. And it still burned brightly. When Nicky Hayden’s faceshield snapped down, he was a racer and he was in it to win it.

God speed, Nicky. Thank you for everything.