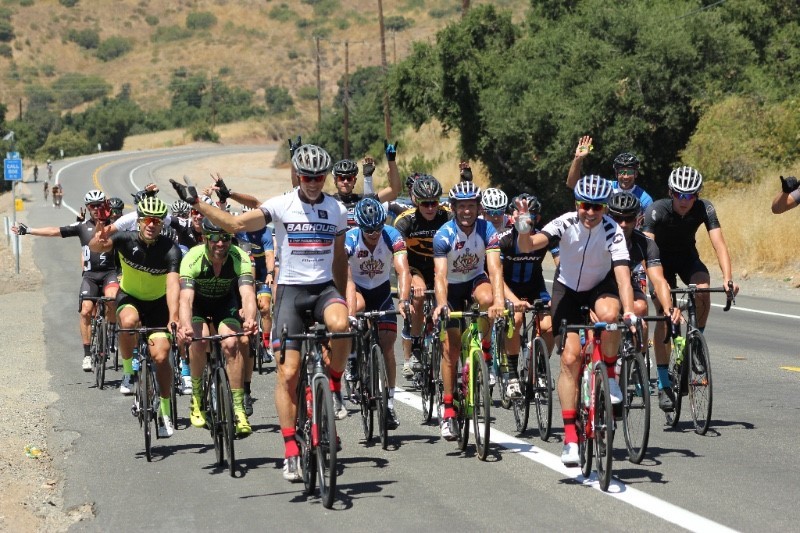 “It was really special to see all these people come out and support an event like this,” said Nicky’s older brother Tommy, who flew in from Kentucky to do the ride. “It’s definitely something I think Nicky would’ve been proud of. It has meant a lot to our family to see people making these kinds of gestures. It’s been a little bit comforting to us, to see that Nicky has touched so many people. I know everyone’s busy, and for people to take off work on a Wednesday and come out to spend the day doing this in his honor is pretty cool. I was glad to be here and see everyone. Thanks to everyone who came out. It was a great day.”

“It wasn’t an easy 69 miles,” Ford said. “We had a little over 4,000 feet of total climbing and some warm temperatures. Everybody here is a champion, and I don’t think Nicky would’ve wanted it to be too easy. It was legit, and it seems like everyone had a good time. It was a great way for everybody to get together and remember our friend and hero.”

“All in all I think we had a really good day celebrating the life of Nicky,” Sheldon said. “My biggest memory of Nicky is that after talking with him, I’d always think, ‘That is one nice guy,’ and I think the people here today would probably agree. He was a champion, but he was also a great person, and I’m glad we were able to honor him and remember him on the bike.”

Sheldon added that the goal is to make Ride for Nicky an annual event.