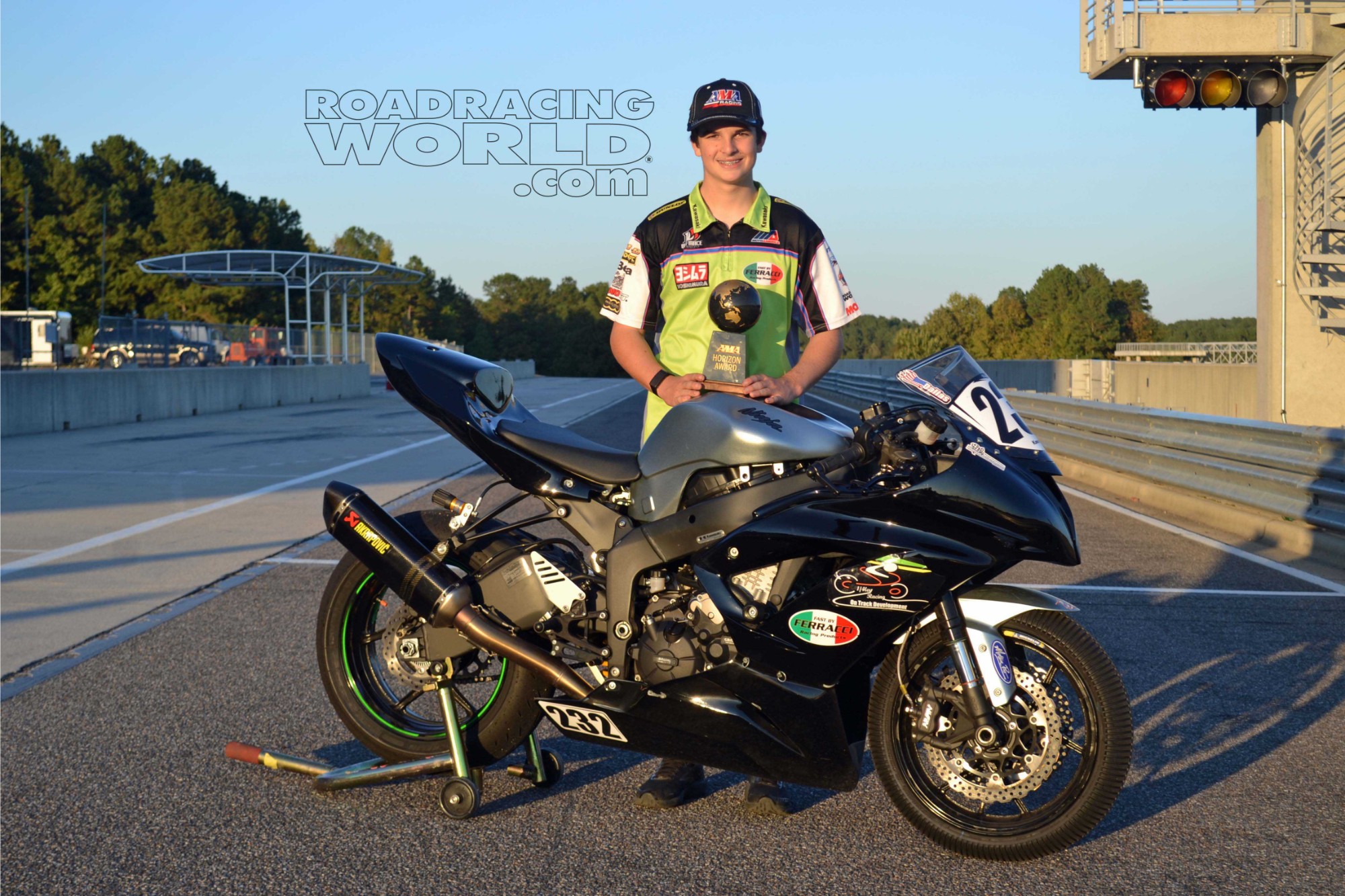 Daniels didn’t win any of the six AMA Grand Championship races he entered, but he placed inside the top-10 in four of them and displayed other traits during the weekend that resulted in him being named the 2018 Nicky Hayden AMA Road Race Horizon Award winner.

“I didn’t know if I had a chance of winning this,” Daniels told Roadracingworld.com. “We didn’t start out our weekend very well, but I had confidence in myself and in my motorcycles. I was just riding the best I could and I didn’t think about it that much. I haven’t road raced that much. So I just went with my heart, and we came out pretty good. We had some top-10s and close to some top-fives, and there were a lot of fast guys and girls here this weekend. I was pretty happy with where we ended up.”

Daniels said winning the Nicky Hayden AMA Road Race Horizon Award was also an emotional experience because his father, former racer Nick Daniels, used to work with the Hayden family and Earl Hayden has been supporting his racing career for years.

When asked about his future plans, Daniels said, “I have a two-year deal [2019-2020] with Estenson Racing in American Flat Track and I have another year on my deal with Quarterley Racing/On Track Development [to race in MotoAmerica Junior Cup]. So after next year we’ll make a decision on which one we’re going to do going forward…or both, if we can.”