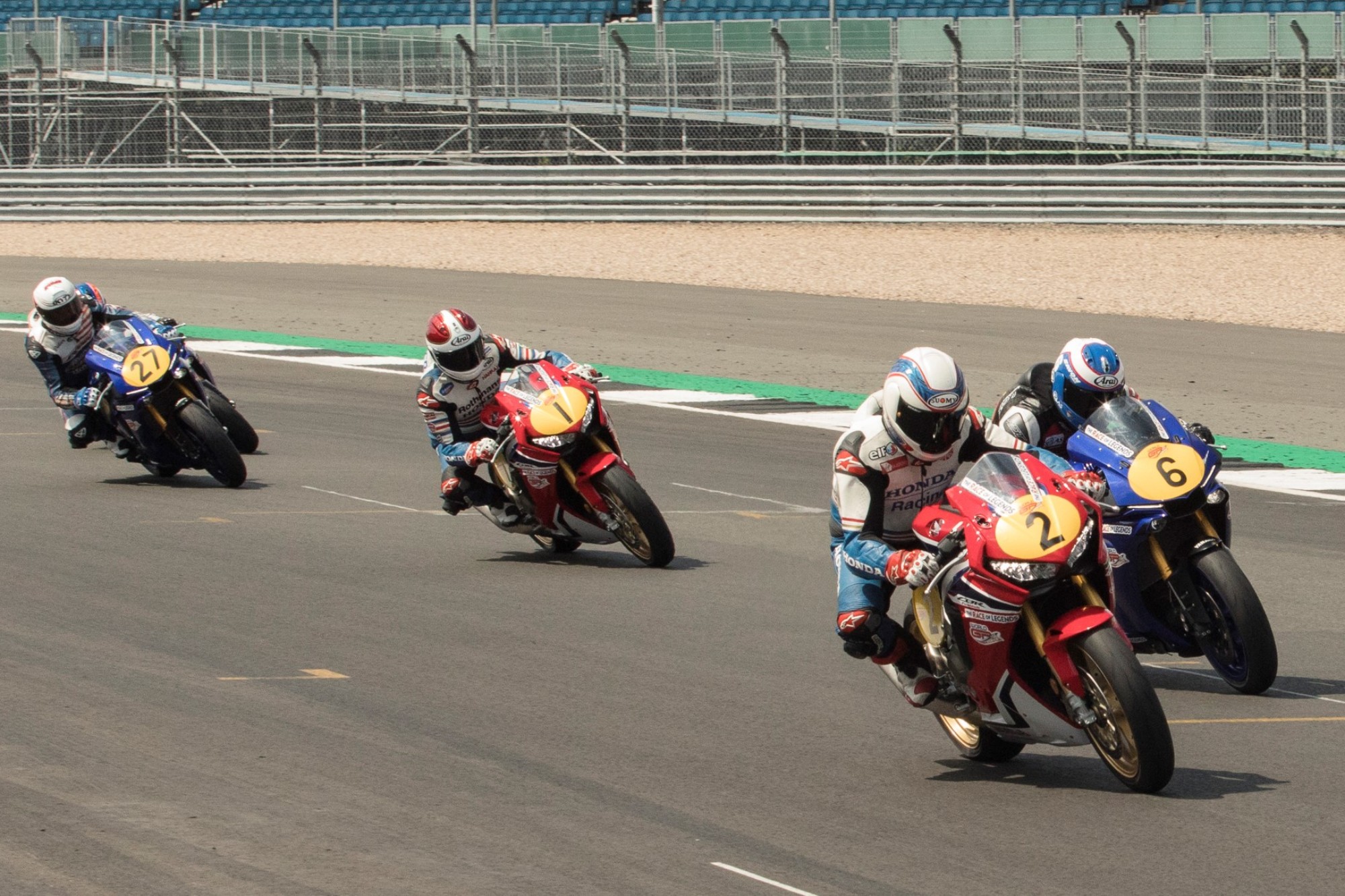 Motorcycle GP Legends To Appear at the Silverstone Classic

Now in its fourth year that,WGPBL is set to appear at the Silverstone Classic over the weekend of 26-28th July, 2019, with at least ten motorcycle road racing legends starstaking to the track both Saturday & Sunday. Already confirmed are former World Champions Wayne Gardner, Freddie Spencer & Raymond Roche.

The Silverstone Classic is a fantastic event that brings together two and four wheeled stars of yesteryear in an informal and relaxed atmosphere. Weekend activities for World GP BikeWGPBLegends include on track high speed demonstrations, classic bikesincluding some famous 500cc two-strokes, meet & greet sessions, autograph signings plus the chance for fans and media alike to hear memories and stories from the riders in a range of on stage interviews.

Throw into the mix MotoWorld, a dedicated bike zone which will include WGPBL, the Dirt Quake exhibit, Manufacturer & trade exhibitors, a café to keep you refreshed throughout the event, plus much more to be announced in the coming weeks and we are sure agree that the iconic Silverstone Circuit is the place to be at the end of July!

The Silverstone Classic is a unique event, providing a weekend for motorsport enthusiasts to come together and marvel at the cars and in recent years the bikes and riders, that took part in what many regard as the golden age of two and four wheeled sport. Free access to the Paddocks, over 10,000 historic racing machines, and the chance to be part of this special event are just the tip of the iceberg. There’s plenty of entertainment to enjoy too, including live music on both Friday and Saturday evening, vintage funfair rides, air displays, a Shopping Village… all included in the ticket price. It’s an event for the whole family.

WGPBL Ambassador and 1987 500cc World Champion Wayne Gardner has been a part of the Legends program since its inception:

“This year’s event is really exciting. We are launching a new series with a new retro style of bike which is very similar to the old US Superbike naked bike style. They are fast, great to ride and brilliant for wheelies and burnouts! We will have two races, one on Saturday and one on Sunday and the British fans will be the first to see the bikes both on and off track. The bikes will also be displayed at the MotoWorld expo area which is something else that we are growing – giving fans and media alike a central point to congregate and rub shoulders with us former riders as well as talk about the bikes and the good old days. We have four or five manufacturers already signed up and we should have between 15-20 riders on hand throughout the event. This year fans can also take to the streets and actually test ride the various bikes. The Silverstone Classic is always a great fun family event and I hope to see you all there!”

“I am really looking forward to the event. I enjoy to ride the older bikes and the modern bikes. The World GP Legends event is a unique experience where the fans can interact with the riders and see up close legendary bikes. I personally look forward to spend time with everyone”.