Race Directors From MotoGP, WSBK And Other Series Weigh In When Roadracing World Asks How To Handle Dry Tires, Heavy Rain, Reduced Visibility And Lightning

Race Directors From MotoGP, WSBK And Other Series Weigh In When Roadracing World Asks How To Handle Dry Tires, Heavy Rain, Reduced Visibility And Lightning 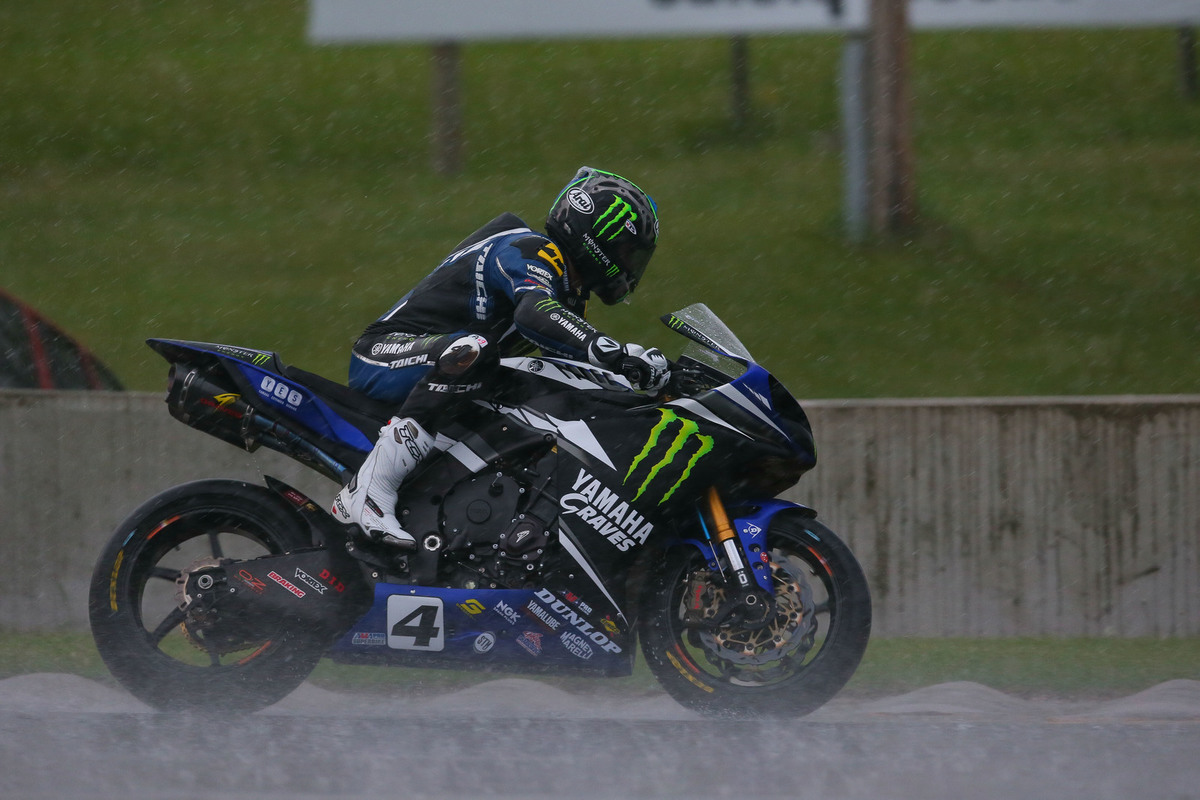 Roadracingworld.com conducted a “best practices” poll of motorcycle race directors and senior officials, presenting each with the same hypothetical race and weather scenario, and asked what they would do if they were in charge.

Roadracing World’s Scenario: The field is racing on dry-weather tires and it starts raining hard, visibility is reduced and there is cloud-to-ground lightning in the vicinity of the track. You’re running the race. What would you do? And if your answer is “stop the race,” are there any circumstances in which you would not stop the race?

Now, in the third installment of this series, here are more answers we just received:

“Flag-to-flag races are our standard procedure for rain-affected MotoGP class races. Moto2 and Moto3 class races are stopped in case of wet track conditions after a dry start (only 1 bike per rider, so flag-to-flag is not possible).

“Even with flag-to-flag I always have the option to stop the race in case the conditions are not safe, e.g. excessive standing water, excessive wind, insufficient visibility.

“In all cases lightning around the track would be cause for a red flag. Not only for the riders but we must consider track staff such as marshals, and especially our TV cameramen who are on elevated steel towers using electronic equipment. In the past we have stopped or delayed practice sessions and delayed a race for lightning, I have not had to stop a race for lightning since I have been race director.”

“For safety reasons, in the above described conditions, the decision is to stop the race. There wouldn’t be any circumstance to allow racing to continue in these conditions. Riders safety is our top priority.”

“Given the severity of the weather conditions, I would red flag the race and depending on where we were in the race (number of laps completed), the prevailing weather conditions and track drainage etc., an assessment would be made, if or when to restart.

“The decision is made:

“Had the regulations dictated it to be flag to flag racing and bike/tyre change facilities were in operation regardless of laps remaining in the race, the severity of the weather conditions would still demand a red flag. If it was just heavy rain and the track drainage was coping then it would be rider’s choice to pit.”

“I can honestly say I would definitely and immediately stop the race. The riders don’t have the right equipment for rain, and it would be dangerous for riders and workers alike to run during lightning. I can’t imagine not stopping the race. Once traction is gone — and it doesn’t take much rain to make that happen — it’s not a race any longer when they’re on dry-weather tires.

“I am curious as to why the entire field would be running dry-weather tires when we all have smartphones to tell us a storm is coming… but even if everyone made a group decision as to equipment, it isn’t safe to run with lightning strikes in the immediate area.

“The options for whether and how to continue the event (later, and without the lightning conditions) require a lot more information… Were riders and tire vendors informed ahead of time that they might be running in the rain? Is there time to allow riders to change their tires/gear/settings? Was the storm going to continue, ease up, or just pass through? Is there adequate drainage on the track and surrounding areas if the ground was saturated? Is this a sprint or an endurance race? Are the communication systems impacted by the weather? Lots of peripheral things to consider.

“But running an event with the conditions you describe? No way. You have to draw the line somewhere, and wrong equipment, poor visibility, and the heightened chance of riders or workers being hit by lightning seem to be as good a place as any to draw that line.”

“We run rain or shine, but with lightning near the track there is no question we would throw the red flag for everyone’s safety. If it was declared a dry race and it started pouring rain we would have to red flag it and declare the restart wet. As far as visibility goes, it depends if the corner workers can see each other from station to station. We at Team Pro-Motion always caution to the side of safety.”

“With cloud-to-ground lightning in the vicinity of the track, the CRA would red-flag the race/practice session immediately, giving instructions to riders, corner workers, and spectators to seek shelter. After lightening has cleared the area, we would resume the race in accordance with our rulebook.

“If the rain is heavy enough to impair corner station visibility, thus preventing the corner stations from seeing each other, or the track, we will stop and wait for the rain to lighten. The CRA doesn’t declare ‘dry’ or ‘wet’ races, so we won’t stop a race simply for rain. It is up to the rider if they want to continue racing

“The CRA holds its events at Brainerd International Raceway which includes two courses – Competition Course, and the Donnybrooke Course. The Donnybrooke course is unique in that it shares a quarter-mile drag strip that is covered in VHT. When VHT is wet, the surface becomes extremely slippery. Our June event was scheduled to be run on the Donnybrooke course. Friday was beautiful, but 100% chance of rain was predicted for Saturday and Sunday. Race Stewards moved the rest of the weekend to the Competition Course, solely for the safety of our riders.”