MotoGP, World Superbike And MotoAmerica Will All Be Televised On beIN Sports Network In North America

MotoGP, World Superbike And MotoAmerica Will All Be Televised On beIN Sports Network In North America 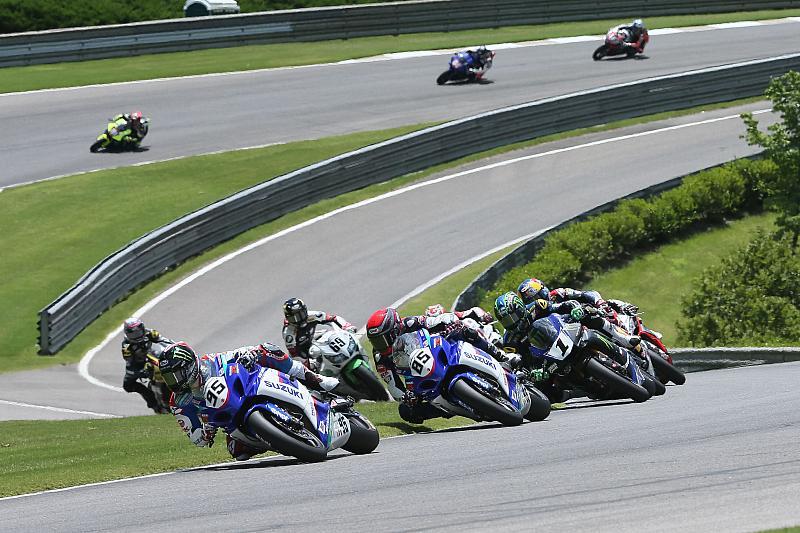 Dorna Sports are thrilled to announce beIN SPORTS as the home of two-wheeled racing in the US and Canada, with a new exclusive deal that sees the FIM MotoGP™ World Championship join the MOTUL FIM WorldSBK Championship on beIN SPORTS, beIN SPORTS en Español and beIN SPORTS CONNECT. North American viewers will have unrivalled access to every lap of the world’s premier motorcycle roadracing championships, as well as complementary original programming to bring fans all the action from the heart of the paddock.

beIN SPORTS will also feature original news, editorial analysis and multimedia elements throughout the FIM MotoGP™ World Championship, with insight from the network’s top sports journalists. In addition, programming on beIN SPORTS CONNECT is offered in HD for the ultimate MotoGP™ and WorldSBK visual experience, and access online, on tablet and on smart phones makes sure every moment of the world’s best motorcycle racing is at your fingertips.

“We are thrilled to have acquired the exclusive US broadcast rights to the FIM MotoGP™ World Championship, where the best racers line up on the most renowned tracks around the world; this is truly the pinnacle of motorcycle racing and beIN SPORTS is happy to be able to deliver this to our viewers in the US,” said Yousef Al-Obaidly, Managing Director of beIN SPORTS. “Sports fans demand the best of the best, and with the acquisition of the MotoGP™ World Championship and our renewal of FIM WorldSBK, we continue to provide exactly that.”

“The agreement reached between Dorna and BeIN in the USA and Canada is important for the success and development of motorcycle racing in North America” added Manel Arroyo, Managing Director, TV & Media Area, Dorna Sports. “BeIN will become the home of the top road racing series, as on top of MotoGP and WorldSBK they will start airing MotoAmerica this season. It’s great news for the fans in the US and Canada to have the coverage they deserve. We also know that BeIN is going to offer viewers unparalleled comprehensive broadcasting with studio presentations and onsite presence at the US rounds of both World Series. In addition, we are thrilled to have MotoGP aired in Spanish in USA for the 1st time, expanding the reach of the sport to its maximum”.

The new era of WorldSBK kicks off on the 27th of February at one of the world’s most spectacular racetracks, Phillip Island: last year the stage for one of the greatest MotoGP™ races in history. The lights go out for the 2016 MotoGP™ World Championship on the 20th of March in Qatar as those rivalries of 2015 reignite, with the new season look set to be as close and unmissable as the last.