​MotoGP: Who Will Monster Yamaha Tech 3 Choose To Replace Jonas Folger In 2018

​MotoGP: Who Will Monster Yamaha Tech 3 Choose To Replace Jonas Folger In 2018 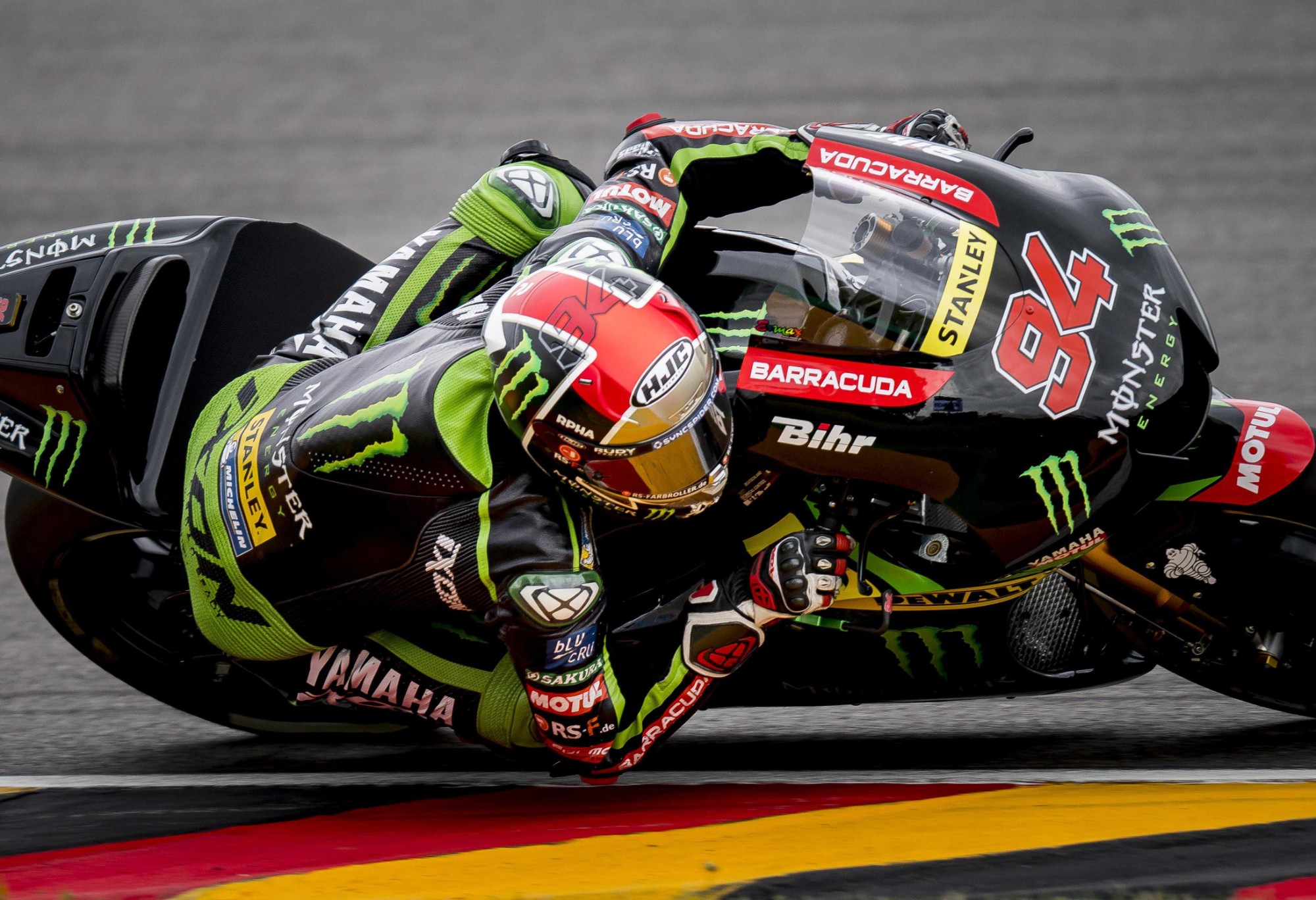 Today (Wednesday, January 17 th) the Monster Yamaha Tech 3 team announced that rising star Jonas Folger will sit out the 2018 MotoGP World Championship due to the disorder that cut his 2017 season short. That leaves the team searching for a replacement rider just two weeks before pre-season testing begins at Sepang.

Halfway through the 2017 MotoGP World Championship season, rookie Folger was 10 th in the point standings with eight top-10 results, including a runner-up finish at the German Grand Prix – a race he nearly won. But in Japan, the 24-year-old German was unable to continue riding due to bouts of extreme fatigue, a condition that was later diagnosed as Gilbert Syndrome. Despite receiving care since that diagnosis, Folger says that he is just not yet physically or mentally ready to ride a MotoGP machine again.

Now it is up to team owner Hervé Poncharal to find a full-time replacement rider, but it may not be easy. Why? Most top riders already have commitments in place with other teams, manufacturers and sponsors for the coming season. That includes riders in the Moto2 World Championship, the Moto2 European Championship and the proven talents in other top series.

Is it possible that a rider would try to break an existing commitment to take a full-time MotoGP ride with Tech 3? Sure, but that would be a huge gamble on the part of the rider in a day and age when sponsors and opportunities are hard to find.

There are former Grand Prix and World Superbike riders who are capable and available, but considering Tech 3’s history of bringing young and emerging talents (including Folger, Johann Zarco, Pol Espargaro, Cal Crutchlow and Ben Spies) into MotoGP it seems that calling in an older, veteran rider would not be Poncharal’s first choice. So who is a potential candidate? The popular speculation is that Poncharal, working in coordination with Yamaha, may bring in former Supersport World Champion and current Yamaha World Superbike rider Michael Van Der Mark, who filled in for Folger in 2017.

Yamaha in theory could then fill Van Der Mark’s seat on the Pata Yamaha team with another Yamaha Superbike rider, like 2017 FIM Endurance World Champion Niccolo Canepa or two-time MotoAmerica Superbike Champion Cameron Beaubier, and then move another Yamaha-contracted rider up to backfill any opening that leaves. In the case of Beaubier, Yamaha has four-time AMA Pro Superbike Champion (and former Tech 3 MotoGP fill-in rider) Josh Hayes to replace Beaubier on the Monster Energy/Yamalube Yamaha MotoAmerica Superbike team.

For his take on the situation, we called current Yamaha rider coach/test rider/reserve rider Hayes and asked him what he thought of the Folger/Tech 3 situation.

“I imagine that it’s pretty difficult being Hervé right now because he’s getting blasted by every person in the world who has ever wanted to ride a MotoGP bike and sees this opportunity,” Hayes said in a telephone interview while training on his bicycle. “The trouble is a lot of the fill-in riders that they’ve had — I’ve heard people talk about [Michael] Van Der Mark — are all people who have some experience but aren’t the up-and-coming guys that they’re looking for, and some of them are already signed into positions that need experience to develop Superbikes and such.

“Personally, I’d like to see Cam [Beaubier] get the ride, but I think that’s difficult because he’s now the experienced guy on the American [MotoAmerica] Superbike team with the rookie Garrett [Gerloff] coming up, and contracts are already done. And you’ve got the same thing with contracts already committed with Van Der Mark and [Alex] Lowes [to Yamaha’s World Superbike team].

“So considering all of that, the guy that I think I would like to see get that opportunity is JD Beach. Now, I might get a little flak for it, but I believe in JD a lot. Most of the Moto2 and MotoGP stars of late are all guys that JD Beach and Jake Gagne beat to win their Red Bull MotoGP Rookies Cup Championships. JD and Jake beat ‘em and got sent home to America with nothing while the other guys went on to become the Moto2 and MotoGP stars of today. So I would like JD to get the opportunity to show the world that he is not irrelevant and that he can do that job, because I think he can, me personally. It’s a Cinderella story, but that’s my personal opinion. He got written off before he got the chance to show the world what he could really do.

It’s interesting to note at this point that Folger, Beaubier and Beach all share the same management company, Wasserman, so it’s probably safe to say the Americans’ names will not be left off any lists of candidates.

Considering Poncharal has Hayes’ phone number, we asked Hayes what he would think if Poncharal’s name popped up on his phone.

“It wouldn’t hurt my feelings if he asked me to ride his bike,” Hayes said, laughing. “I know Hervé. I’d love to hear from Hervé. I would love to interject and call Hervé myself and put in my two cents, but I feel like the time is probably not right. If he was interested in my opinion he would let me know.

“Hervé and I chat every year. Last year we chatted a few times. I was giving him the sales pitch for Cam [Beaubier], and I still believe Cam could do the job, but it’s just harder now. I just don’t know how easy or good it would be for American Superbike racing if Cam were to pack up and leave. Right now it doesn’t hurt MotoAmerica terribly bad for JD to go over, and JD has the potential to do good work there.

“Sure, the [MotoAmerica Supersport] class would hurt without him, but currently I believe he’s a bit of the overdog [in Supersport] based on the last three years. And [Supersport] is the feeder class to Superbike. So to bring in some fresh young talent into that feeder class isn’t the worst idea. To have JD go do that isn’t as damaging to the team or to MotoAmerica as much, and all of a sudden we have an American in MotoGP World Championship on a good bike.”