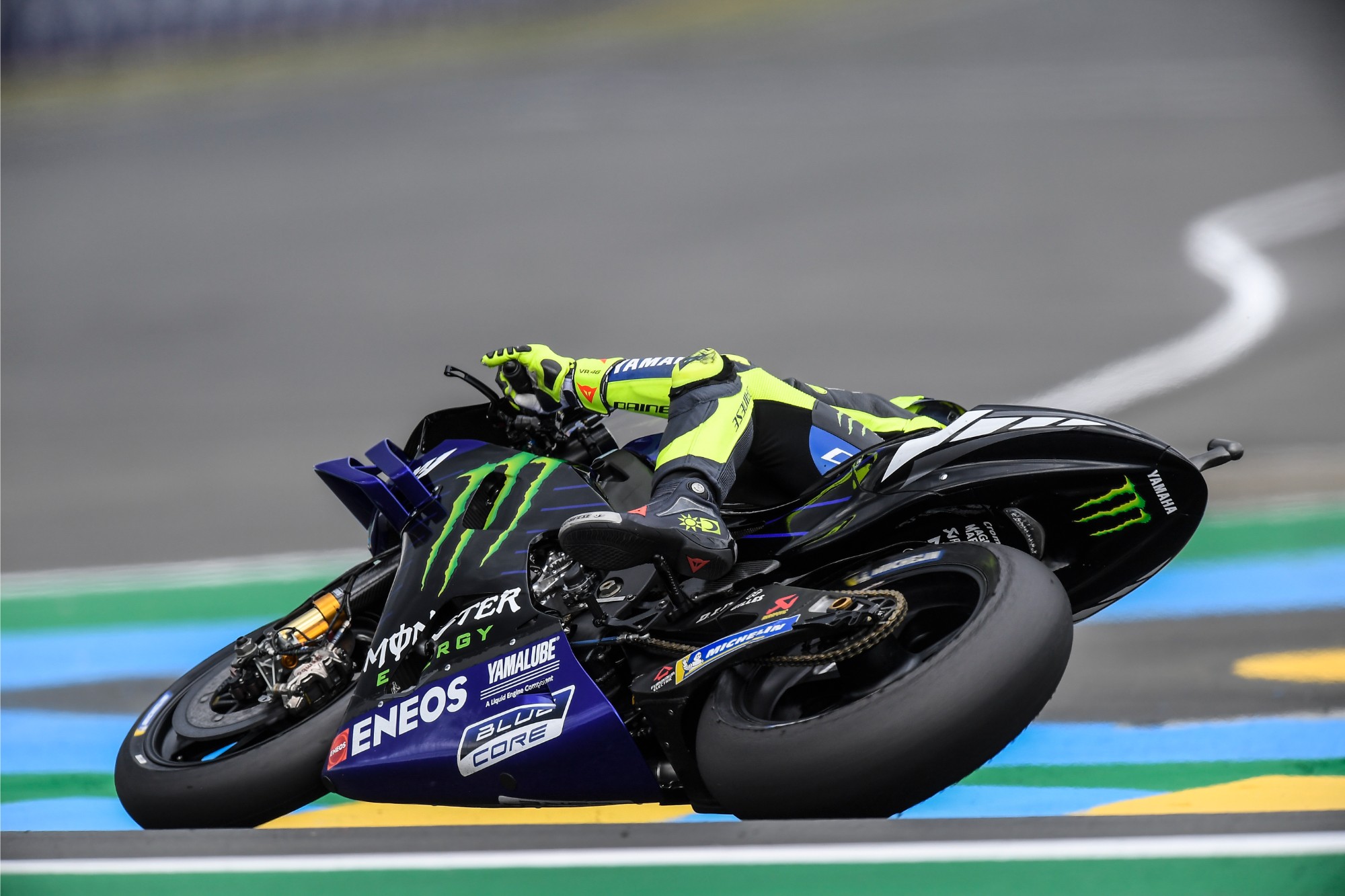 The Monster Energy Yamaha MotoGP Team prepare to make their mark at the Autodromo del Mugello during this weekend‘s Gran Premio d’Italia Oakley.

The Gerno di Lesmo (Italy) based Monster Energy Yamaha MotoGP Team is getting ready for the next challenge of the 2019 MotoGP championship – and it’s a special one! The entire crew, including Valentino Rossi and Maverick Viñales, can’t wait to start the team’s home GP at the Autodromo del Mugello.

The upcoming GP is very important for Rossi, who will put in 100% effort to please his dedicated fans with a strong result this weekend.

The Doctor is currently fourth in the championship standings, with a 23-point gap to bridge to first place.

After an unfortunate NC score in France, Viñales is keen on making a strong comeback. There is no better place for him to return to the podium than Mugello, as he likes the track and also looks forward to the great atmosphere there that makes the Italian GP so special.

His enjoyment of the flowing hills of Tuscany is reflected in his previous results. In the lower classes he notched up a run of three-consecutive podiums in Mugello, taking a win in 2012 (Moto3) and two third places, in 2011 (125cc) and 2013 (Moto3). In the MotoGP class he stood on the rostrum after scoring a second place in 2017. This weekend he will challenge for a top spot again.

The Spaniard holds tenth position in the overall rankings, 65 points from the top.

Mugello is considered one of the most beautiful but also challenging tracks on the calendar, thanks to its mixture of uphill and downhill sections and a variety of fast and slow turns. The 5.2 km long Tuscan circuit hosted its first MotoGP event back in 1976 and became a permanent fixture in 1991.

For those who want to get to know the circuit better, check out Monster Energy Yamaha MotoGP‘s official Factory MotoGP eSport Rider Lorenzo Daretti‘s eLap around Mugello. The Italian is also a fan of the track not just because of its lay-out, but also because of the fun memory of winning the MotoGP eSport challenge there last year.

“We now come to Mugello, which is very important to the team, because it‘s our home GP. It‘s a very special event, because the atmosphere is really unique. The crowds here are fantastic. ‘Al Mugello non si dorme’! This also adds some pressure, because we want to do them proud. Though Mugello is usually an OK track for us, we expect another hard-fought GP weekend, because the level is so close. But we know both our riders really like this track and are very fast here. Valentino is always highly motivated, but this weekend perhaps even more so, if that‘s possible, because he is on home soil and he was close to a podium at the last GP. Maverick will certainly also be pushing 100% after his Le Mans race ended so unfortunately, which wasn‘t his fault. We know what we have to do, so we have to put our minds to it and use every session to the max to make sure we are there at the front for Sunday‘s race.”

“I’m glad it’s time for Mugello, it‘s a special weekend and a special race for all the Italian riders. It has a fantastic atmosphere, but it’s also a bit tricky to manage with all the fans, but it‘s really great. This is one of the most beautiful race tracks of the year. It‘s a track I really like, but it will be hard because everybody is very fast. Mugello does have less acceleration from a low speed, so I think we could be faster than in Le Mans, but it is also true that there is a very long straight. Surely this will be our weak point, but if we work well, we can defend ourselves. We need to try our best to be competitive and give the maximum.”

“After the crash at Le Mans, I left the circuit with a bad taste in my mouth, I was very disappointed. We worked very well all weekend, but the problem was that I started too far from the first row of the grid. We‘ve learned from this, we have to work hard on Saturdays. I’m really looking forward to being back on my bike this weekend. During the last Grand Prix I had a good feeling on the M1, it was almost perfect and I was able to go very fast. We are solving all the problems step by step. I‘m sure that we are heading in the right direction. So, if we‘ll continue working hard, good results will arrive soon. Mugello is a track that I like and where I’ve always had a lot of fun, and it’s perfect for my riding style, so let‘s see what happens.”