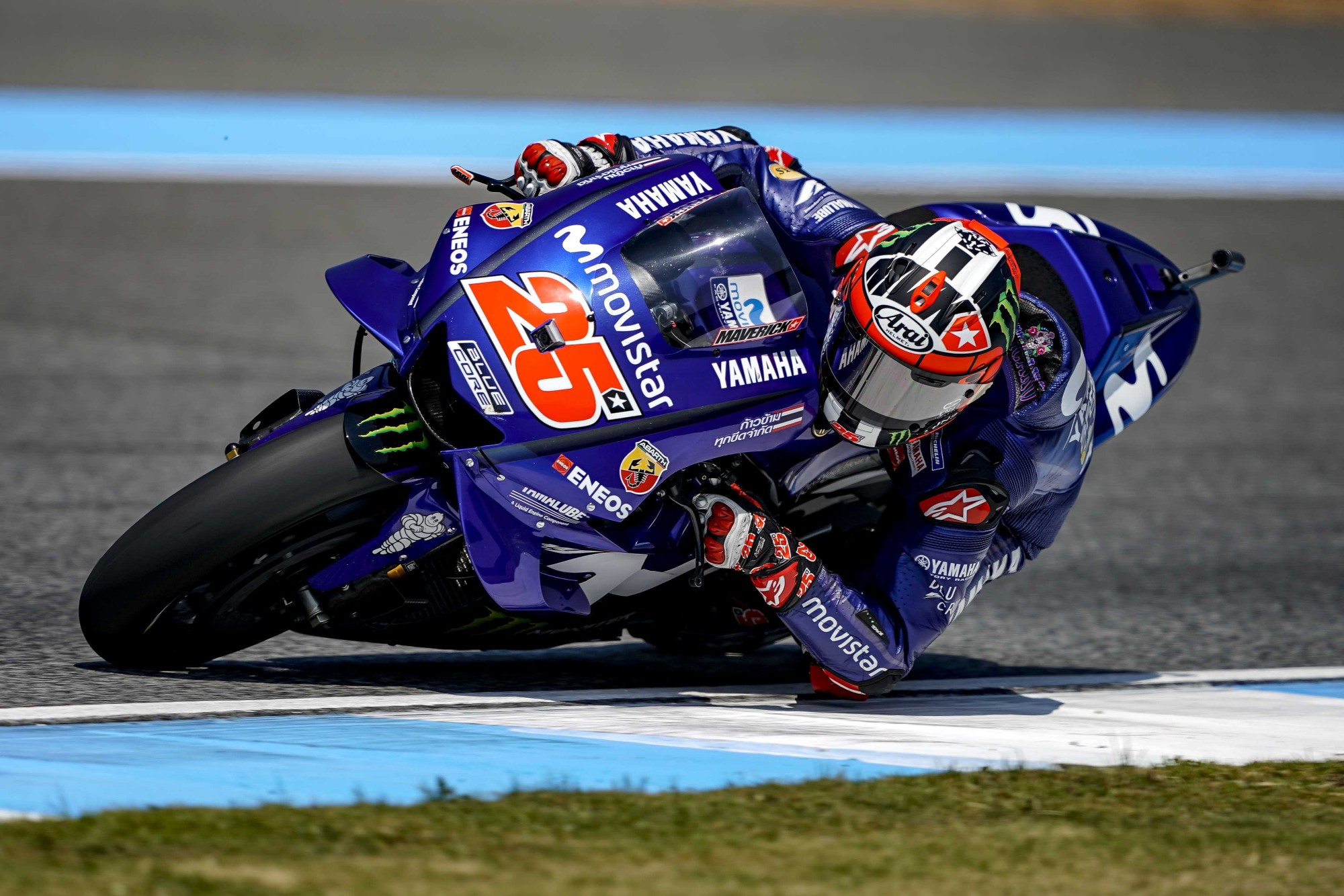 MOVISTAR YAMAHA SHAPE UP FOR MOTOGP FINALE IN VALENCIA

Movistar Yamaha MotoGP’s Valentino Rossi and Maverick Viñales are eagerly awaiting the final round of the 2018 MotoGP season at the Circuito de la Comunitat Valenciana – Ricardo Tormo, starting this Friday.

Following the overseas triple-header, the Movistar Yamaha MotoGP Team have made their way back to Europe to wrap up the 2018 MotoGP season at this weekend‘s big finale, the Gran Premio Motul de la Comunitat Valenciana.

Valentino Rossi enjoyed some rest after the three intense race weekends overseas and is ready for battle. He arrives in Spain intent on fighting at the front of the pack again, to end this season on a high note.

Maverick Viñales is excited to be riding in his home country again and is feeling confident that he can delight his fans with a top result. Having had time to recharge his batteries, he is ready to put it all on the line this weekend in Valencia. He aims to bridge the 2-point gap to his teammate and snatch up third place in the championship standings.

The home hero has fond memories of the Ricardo Tormo circuit. He stood on the podium there twice, having grabbed the victory in his first Valencian 125cc race in 2011, and he graced the top-step once more in 2013 when he claimed the Moto3 World Championship Title. His best MotoGP finish was a fifth place, which he secured in 2016.

The 4.0 km Circuito de la Comunitat Valenciana – Ricardo Tormo was built in 1999 and was immediately added to the MotoGP calendar. The circuit was soon established as a must-be-at event, especially after it became the traditional closing round to the MotoGP championship in 2002. The lay-out includes nine left corners, five right ones, an 876m longest straight, and is ran anti-clockwise. The stadium-style grandstands can seat up to 150,000 spectators and provide them with a perfect view of all parts of the track, giving the final race of the season a unique atmosphere.

The triple-header makes time fly, so here we are – already at the final round of the 2018 season. The Valencia Grand Prix is always very special. We‘re back in front of the European fans and, for one last time this year, we get to give them a great show as we wrap up the 2018 championship. However, they won‘t have to miss us for long – we’ll start testing for the 2019 season immediately afterwards. The atmosphere is really amazing here, and our team gets a lot of support, especially Maverick, as it‘s his home race. Both he and Vale are in the running to take third in the championship standings. It‘s a fight just between the two of them, so the team will push hard to provide our riders with the means to close the season in the best way possible.

We have already arrived in Valencia. For us it will be an interesting weekend because it’s a circuit on which we usually aren’t very fast, but in the last races we have seen some improvements. In Malaysia we were very fast during the whole weekend and also in the race. Unfortunately the race didn’t end well, but there remain positive aspects. In Valencia we will try to do our best. We would like to finish the season with a positive result. Then there will be tests in Valencia and those in Jerez. It will be very intense weeks.

I arrive in Valencia in a very positive mood. After the last three rounds in Asia and Oceania I’ve spent some time at home, relaxing and resting a little bit, because the overseas races were very demanding. We’ve worked hard during the lasts months and the bike is competitive. The Ricardo Tormo Circuit is a track that I really like, it has a lay-out that suits my riding style very well. Last year it wasn‘t a good race, but this year I will try to push and give my 100% to finish the season with another victory. I‘m feeling very confident. My goal now is to get the third position in the World Championship and we are very close. Ending the season in the third position after such a difficult season as this one would be a small success for us.