MotoGP: Nicky Hayden’s Number 69 To Be Retired From Grand Prix Racing, At COTA

MotoGP: Nicky Hayden’s Number 69 To Be Retired From Grand Prix Racing, At COTA 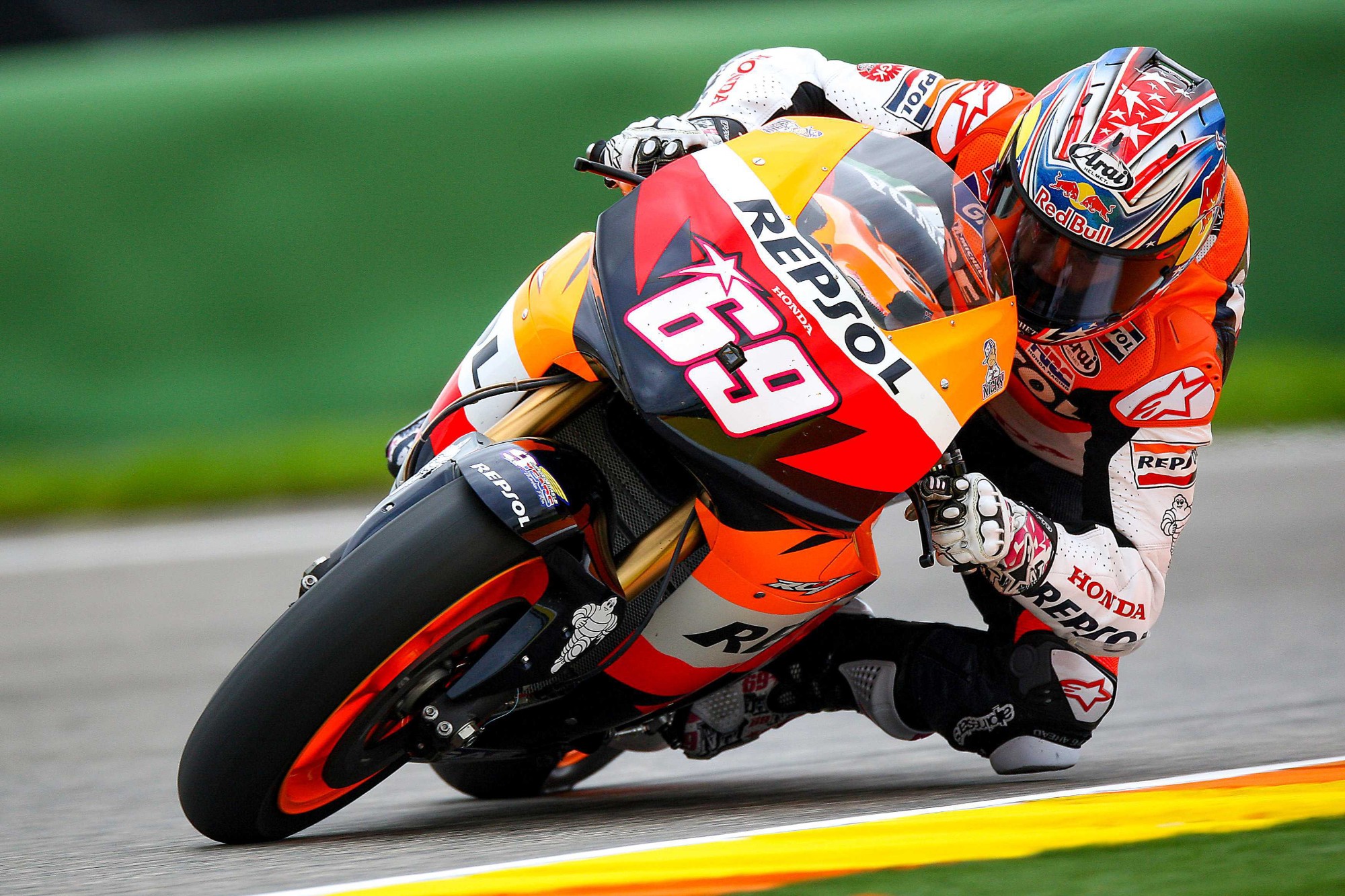 Number 69 to be retired at the Circuit of the Americas

In honour of Nicky Hayden, 69 is to be retired from Grand Prix racing at Red Bull Grand Prix of the Americas

In tribute to the late, great Nicky Hayden, who passed away in 2017, the number 69 will be retired from Grand Prix racing at the Red Bull Grand Prix of the Americas in Austin, Texas. The “Kentucky Kid” rode 69 to the crown and MotoGP™ Legend status during an impressive career that saw him leave an indelible mark on the sport and the paddock.

Hayden’s first successes came in 2003 when he took podiums as a rookie and he went on to win his first Grand Prix in 2005. That created a perfect springboard for the following season and he put together an impressive campaign to become 2006 MotoGP™ World Champion, wrapping up the crown in the season finale. Hayden rose from dirt track beginnings to the absolute pinnacle of his sport, taking his unique blend of work ethic, humility and talent from the domestic scene to the world stage and putting his name to an astounding number achievements both within racing and beyond its limits – key amongst which was his moniker as ‘the nicest man in Grand Prix racing’.

Hayden remained a cornerstone of the paddock until his departure at the end of 2015, upon which he was named a MotoGP™ Legend. The number 69 will now forever remain the number of the “Kentucky Kid”; the man who rode it into the Hall of Fame.

“What a great honor it will be for Nicky’s #69 to be retired at Austin,” says Hayden’s father, Earl. “It is very fitting that it will be done at the US race as these races meant so much to Nicky and he looked forward to them so much every year. For myself in particular this will be very special event because the #69 was my number when I raced and I was very proud to see Nicky run the #69 on his bikes for his entire career. On behalf of my entire family I would like to say a special thanks to Dorna for honoring Nicky in this special way along with the many other gestures they have done to support us through the difficult times.”

“I’m proud to announce that the number 69 will be retired from Grand Prix racing,” says Carmelo Ezpeleta, CEO of Dorna Sports. “Nicky Hayden was one of the biggest assets to this paddock and a fantastic example as a rider both on track and off. It gives me great pleasure to honour his legacy once again and ensure the number 69 remains synonymous with a legend and a Champion.”

Be sure to watch the Red Bull Grand Prix of the Americas as MotoGP™ pays tribute to Hayden from the 12th to 14th April.