MotoGP: KTM Riders Get Their Hands Dirty At The Factory Workshop In Austria

MotoGP: KTM Riders Get Their Hands Dirty At The Factory Workshop In Austria 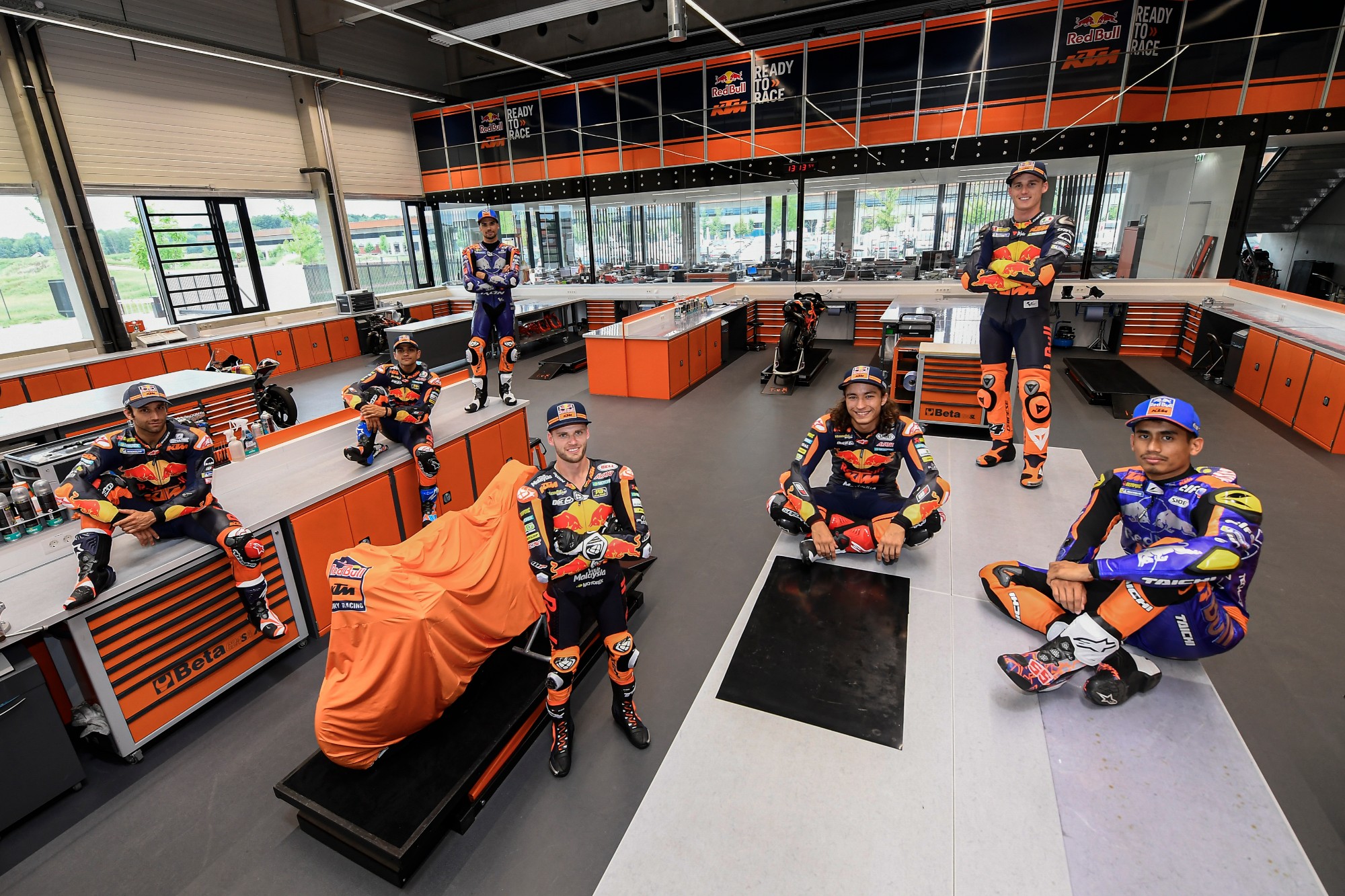 Riders get a taste of the factory floor in Mattighofen

It’s that time of year again: the time the hills come alive with the sound of KTM’s home race at the Red Bull Ring. So, of course, the only place to see and be seen ahead of the myWorld Motorrad Grand Prix von Österreich is KTM’s home base in Mattighofen, and that’s exactly where Pol Espargaro and Johann Zarco (Red Bull KTM Factory Racing), Miguel Oliveira and Hafizh Syahrin (Red Bull KTM Tech3), Brad Binder, Jorge Martin and Can Öncu (Red Bull KTM Ajo) headed on Wednesday for a very different challenge.

Getting ready for a home race weekend means it’s all hands on deck, and the riders got a taste of the other side of the fence. How do the bikes go from factory floor to race ready and on track? It was time to find out as the squad swapped leathers for factory gear and got hands on.

With a little direction from boss Pit Beirer, the riders were tasked with taking over. Pol Espargaro got acquainted with aero and learned how to put on the fairings and change the front wheel, with teammate Zarco learning how to change the rear. 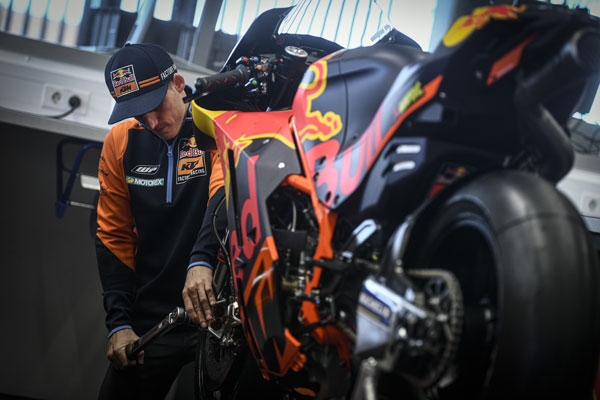 Oliveira, meanwhile, headed for the engine guys to get to know his machine inside out, with Syahrin tasked with loading the truck…and manoeuvring it out to get on the road. Just a few honks on the horn later, the Malaysian headed off into the sunset, albeit briefly. 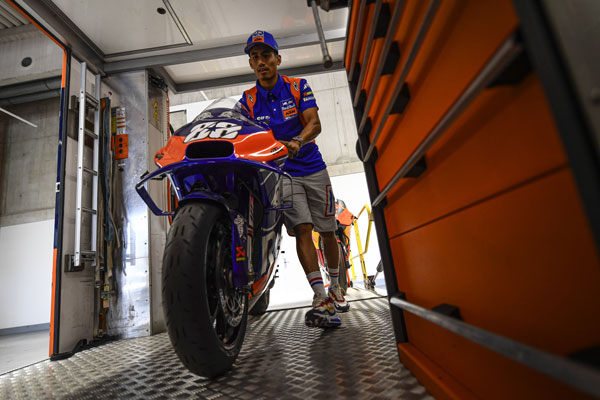 Binder headed for WP to take a closer look at his front forks, getting his hands dirty and showing off a few skills, and sparks flew for teammate Martin, who got hands on with the welder. Öncu, meanwhile, was charged with coaxing some magic out of the 3D printer. (Not as easy as it looks).

Then each rider saddled up and got ready to race – a well-used phrase in these parts – before riding away from the factory on their choice of KTM, headed for Spielberg. All except Öncu, that was, who had to ride pillion with Brad Binder. One pro of being the youngest on the grid is breaking records, a definite con is not being allowed to ride on the road…

That road now leads to Spielberg and the Red Bull Ring, with the stunning track lying in wait for action to begin. Friday morning at 9:00 (GMT +2) is when the flag for practice drops and the talking stops, before race day for the myWorld Motorrad Grand Prix von Österreich revs up on Sunday.

Pol Espargaro: “It’s been a pretty good year, for the moment I think we’ve done good races and qualifying, been in the top ten a lot of times and we’ve been in top positions a few times in qualifying and practice sessions. We’re developing the KTM quite well, getting into good positions and having fun in the races, and now we’re at our home GP which is so important and so nice.

“Last year I couldn’t race here, it was very frustrating waiting for that race the whole year and then having that huge crash just the race before, being in hospital watching the guys. So finally we’ll be there and with the KTM fans, I’m so happy to be there and try and do the best race possible, hopefully the best race of the season which is going to be difficult…but we’ll try!”

Johann Zarco: “I’m feeling happy at the moment, it’s always nice to come here to the factory. As a rider and loving the mechanical side of it, it’s always nice. And it gives you some extra motivation, because when you see this place and everyone working here, you feel maybe it’s possible to do even better. So I’m feeling good and I cross my fingers we’ll have a good weekend.”

Miguel Oliveira: “I’m super excited, it’s a home GP for us with KTM and Red Bull, all the bosses are going to be there! It’s definitely a nice moment in the project to put in a good result for them, we have a good army of orange KTMs up there on the grid and hopefully we’ll have a strong weekend.”

Hafizh Syahrin: “This is the second time I’ve been here, the first time was at the beginning of the season in winter, it was too cold and driving out it was full of snow! It’s great coming somewhere like here, we’ve done a lot with the other riders and I’ve enjoyed it. And we’ve seen how they make the bikes. I drove the truck out the factory and it was an amazing experience.”

Brad Binder: “It was super cool. It’s my fourth trip to the factory this year but it’s the first time I’ve really had to do anything! It was cool to see how everything works. So thanks to the guys for having us – or putting up with us – today!

“This is a big weekend for us, a huge weekend for the team, KTM and Red Bull, so obviously I want to get a great result for the guys. We’ve done a lot of hard work this year and they really deserve it, so looking into the weekend I hope to make it my best of the season so far.”

#RacingAhead: are you ready for Jerez? After months of anticipation,...
Read more
Feature