MotoGP: How The PETRONAS Yamaha Sepang Racing Team Was Put Together In Six Months

MotoGP: How The PETRONAS Yamaha Sepang Racing Team Was Put Together In Six Months 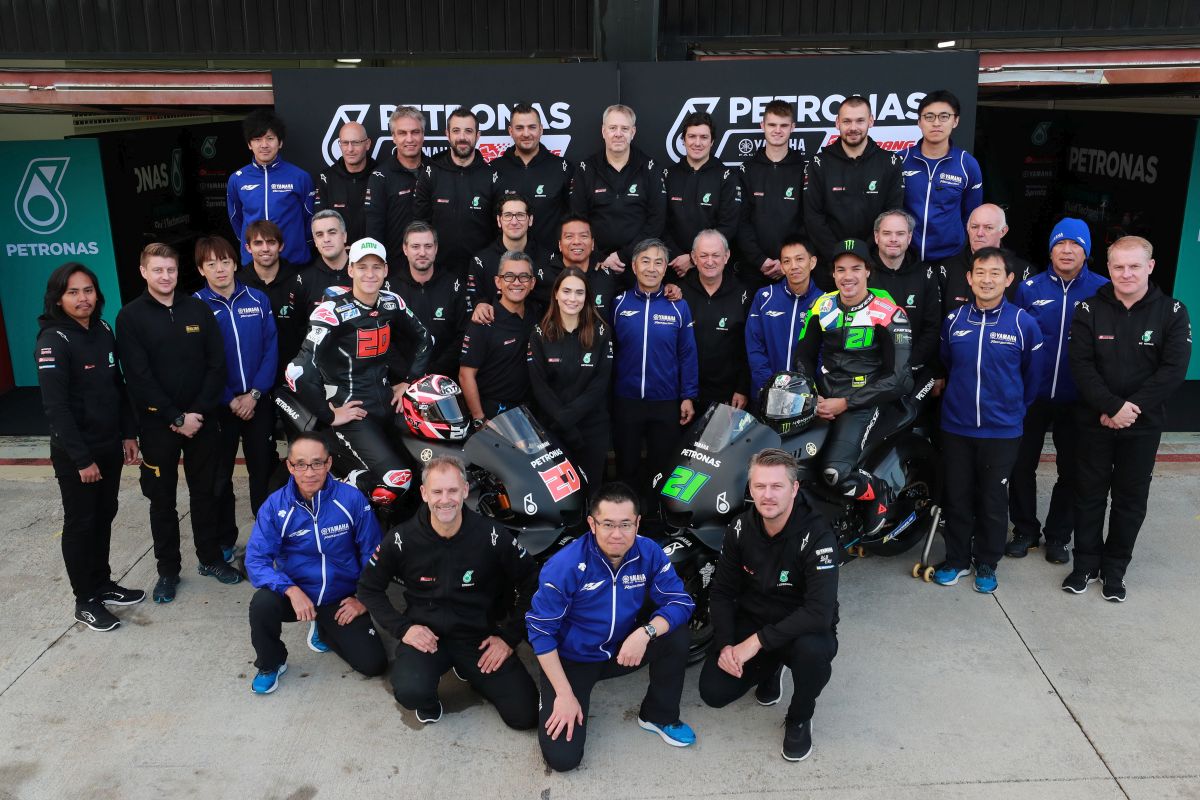 PETRONAS Yamaha Sepang Racing Team: the birth of a MotoGP team in under six months

Countless hours of hard work and effort have made possible the creation of the first ever Malaysian team in the MotoGP World Championship. The official team presentation will be on the 28th January in Kuala Lumpur.

“Building a MotoGP team is a completely different dimension compared to Moto2 or Moto3,” reflects PETRONAS Yamaha SRT Team Principal Razlan Razali. It is a statement the Malaysian and his whole team can make with the kind of satisfaction that only a ‘job well done’ can bring. Their job has been to create the first ever Malaysian team to take on the MotoGP, Moto2 and Moto3 World Championships all at once.

It all started during the 2018 Grand Prix of Spain, in the first week of May. Rumours that two slots might become available on the MotoGP grid for 2019 reached Razlan Razali and he wasted no time in contacting with Carmelo and Carlos Ezpeleta, at which point the door to the elite category creaked open – albeit only slightly. “From that moment I made contact with PETRONAS and put this ambitious challenge forward, and alongside the Sepang International Circuit they immediately showed great interest in pushing forward with the MotoGP dream,” explains Razlan.

PETRONAS are not newcomers to motorcycle racing and have a long history in Formula1, obtaining sensational results with Mercedes, including the last five F1 World Championship titles. Noor Afiza M Yusof – Head of Brand Management of PETRONAS – sees their success on four wheels as the model to follow in MotoGP: “We want to repeat the success we have had in Formula1 in MotoGP. We have been the lubricant and oil suppliers to the Mercedes F1 Team for several years now and the results could not have been better.”

She adds that this new relationship will go way beyond the conventional terms of sponsorship and include an even tighter technical collaboration: “Just like Formula1, MotoGP is an unbeatable platform on which to participate as a technical partner and develop racing fuel and lubricant.”

Team Director Johan Stigefelt, meanwhile, went about the task of putting the first – and for him the most important – piece of the jigsaw in place: the recruitment of Wilco Zeelenberg. The new Team Manager of PETRONAS Yamaha SRT remembers his own excitement when he was first told about the project and reveals the clear objective he has set: “I feel excited to start this new role and I think that the longer everybody is together, the better we will do. We want to become the best satellite team on the grid and become the go-to team for any promising young rider looking to make the step up to MotoGP.”

With the countdown to the first Valencia test underway, Stigefelt and Zeelenberg went to work on the sporting side and, as the Team Director himself recalls: “Yamaha’s help during the team’s first steps was fundamental. If they didn’t help us out in the way they did for the Valencia test, with the engineers, technicians, material… we wouldn’t have been able to do that test or even Jerez.” The other key to those early stages, according to Stigefelt, was to create ‘a good group.’ “You can have the biggest budget and the best material but you need a good human group. If you don’t have that, the team spirit and the team itself will never be the same.”

One of the most important factors on the sporting side was of course to secure the signatures of two top riders for the new project. The team opted to combine the experience and talent of Franco Morbidelli with the youth and potential of Fabio Quartararo.

The Italian is aware of the size of the challenge ahead: “I feel like one of the people within this project that has the duty to make it a success. I don’t feel that I have more or less responsibility than anybody else – we are all the same – but each of us has to do their job to the best of their ability to make PETRONAS, Yamaha, the sponsors and the fans proud.”

His new teammate Quartararo recalls the moment he first heard about the offer from PETRONAS Yamaha SRT: “When my manager told me about it for the first time I didn’t believe him. Honestly, I didn’t think that I would get such a good opportunity to move up to MotoGP this season. But once the first contact had been made, we knew that this team would be immediately fighting to be the best satellite team, that it would have a very professional technical staff and a very positive atmosphere, so I had no doubts in accepting the challenge.”

After all the effort and endeavour that went into building this new structure, there could have been no more excited faces in pit-lane at Valencia than those of the PETRONAS Yamaha SRT team, when the bikes rolled out onto the track for the first test on the 20th November.

The next step on the PETRONAS Yamaha Sepang Racing Team adventure will be the official team presentation on the 28th January at PETRONAS Twin Towers in Kuala Lumpur. It is a symbolic venue for the event, as Team Principal Razlan Razali explains: “The Team Launch that will take place next week in Kuala Lumpur will be very important. It will be a historic moment because it will be the first time ever that Malaysia and Southeast Asia will be able to lay claim to their very own MotoGP team.”