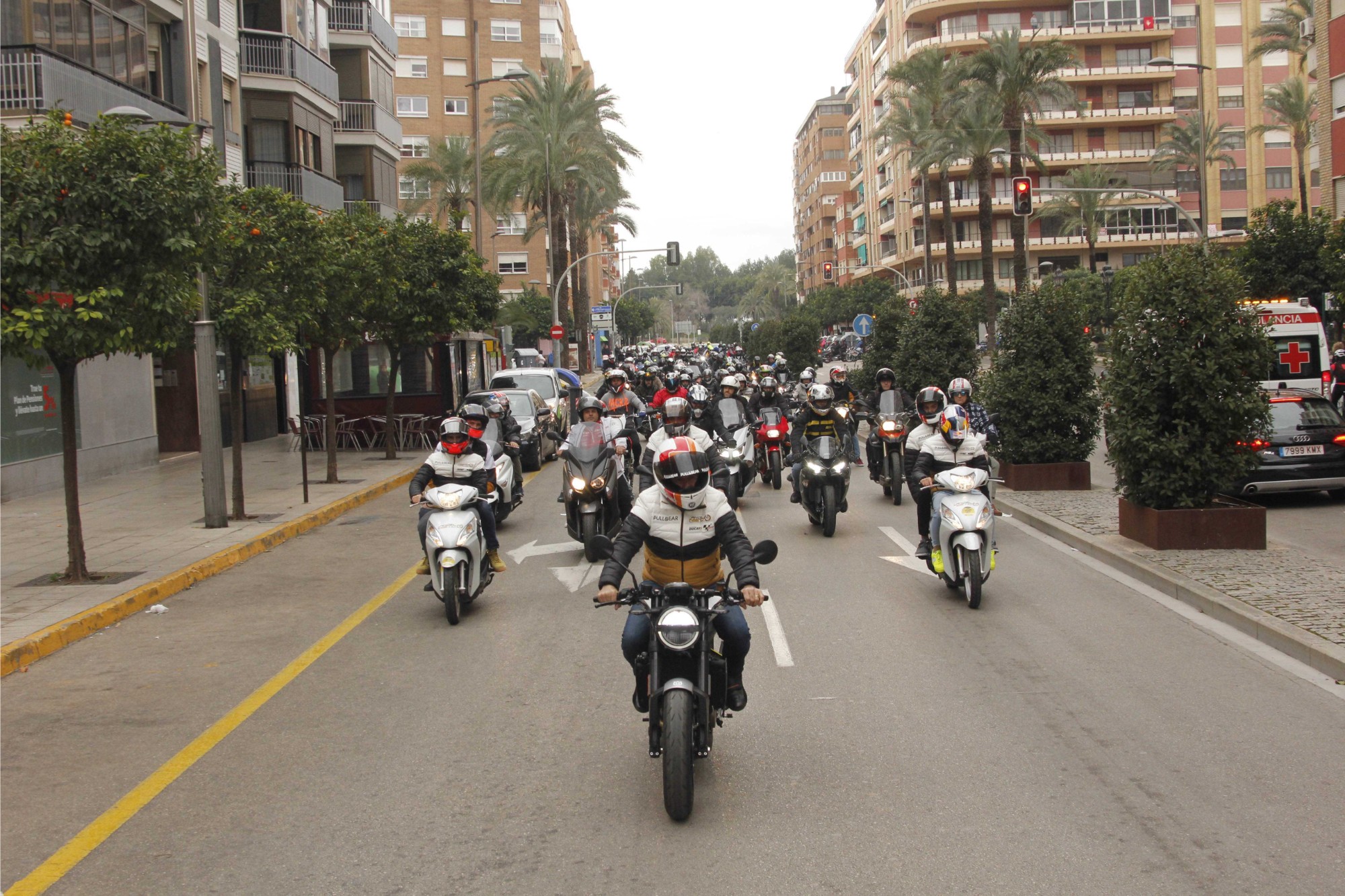 Emotional tribute to Jorge Martínez “Aspar” in his hometown Alzira

The Valencian town of Alzira has paid tribute to four-time World Champion Jorge Martínez “Aspar” on Sunday. “Aspar” has led a motorized motorcade through the streets of his hometown, and has reviewed his 40 years in the competition with his fans and friends.

In this tribute, “Aspar” has been surrounded by his old leathers, his trophies and his motorcycles, among which was the 1986 Derbi with which he won his first title, but also by the bikes with which he has been building his career as team owner, as the Aprilia 125cc bikes from Álvaro Bautista, Gabor Talmacsi, Julito Simón and Nico Terol.

(Above) Jorge Martinez’s old racebikes and leathers were displayed at his tribute.

“This month marks 40 years of my first race and it is very nice to look back and be able to remember where I started, in towns such as Alzira, Guadassuar, Cullera or Xàtiva. It’s nice to look back and see everything we’ve achieved, to review my career from the 1979 Bultaco Streaker to the Aprilia of 1997. But I’m definitely staying with the 1986 Derbi, with which I won my first title”, he said.

(Above) Jorge Martinez (left foreground) speaks to fans at his tribute.

“Aspar” wanted to remember especially three figures who were key in his beginnings in motorcycling: Agustín Pérez Calafat, Ricardo Tormo and Ángel Nieto. “They are three of the people that I would have loved to have here with us today, because they helped me a lot in my first days,” he acknowledged.

Joining him were former riders Vicente Ferrer, Vicente Martínez, Antonio Huertas and ex F1 driver and countryman Adrián Campos, who gave him the first racing bike as a present, a Bultaco Streaker with which he competed in 1979. “Jorge had a lot talent. We have both led parallel lives, but he decided on two wheels, and I decided on four. Here in Alzira everything was born”, Campos recalled.

Vicente Martínez, brother of Jorge, stressed that “Alzira has been one of the towns that has given more pilots to Valencia, and they had a really good level”, and recalled when, in its beginnings, “Aspar” stole his motorcycle when he didn’t lend it to him. “The only good thing is that, when he returned it, he returned it even cleaner”, he added.

(Above) More old racebikes and leathers at Sunday’s tribute to Jorge Martinez “Aspar.”

The tribute has included a motorcade through the main streets of Alzira, headed by Jorge Martínez “Aspar” and followed by his Moto3 and Moto2 World riders: Albert Arenas, Raúl Fernández, Jake Dixon and Xavi Cardelús, in which more than two hundred bikers have participated. In addition, the riders of the KSB Sport school have offered an exhibition on their bikes to liven up the morning and the Ángel Nieto Team, along with its riders, has auctioned several articles to help the Association of Alzheimer’s Family Members of Alzira.

MotoAmerica: How To Watch the MotoAmerica Superbikes at Pittsburgh It's...
Read more
Load more