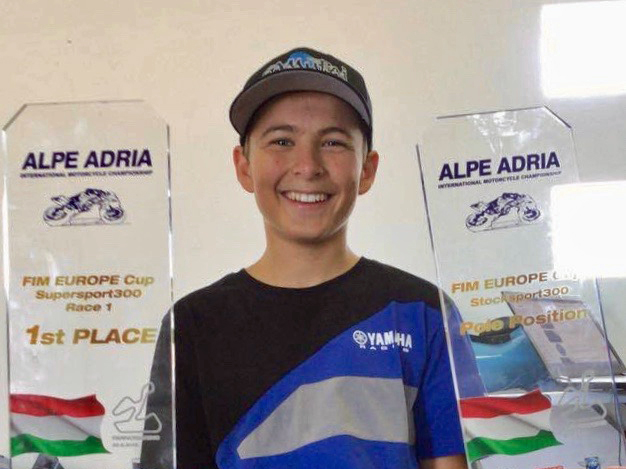 Tulsa, OK – December 21, 2018 – Westby Racing is proud to announce that, for the first time in the team’s storied history, they will feature a two-rider lineup in pursuit of the 2019 MotoAmerica Championship.

2018 MotoAmerica Superbike Rookie of the Year Mathew Scholtz has re-signed with Westby Racing for 2019, and the “Durban Dynamo” will be joined on the team by fellow South African Sam Lochoff, who hails from Cape Town.

Last year, Mathew took the win in Superbike race one at round two of the MotoAmerica Championship, and during the 10-round, 20-race season, he finished on the podium a total of eight times and was in the top five in 14 out of the 20 races on the 2018 MotoAmerica Superbike calendar. In addition, he won the season’s first Superpole at Road Atlanta and also notched a second Superpole at the penultimate round at New Jersey Motorsports Park. His season-long consistency netted him a fourth-place ranking in the Superbike Championship final points standings.

“I am over the moon to be back with Westby in 2019,” Mathew said. “I have to give a huge thank you to Tryg and everyone on the team for believing in me. The past two-plus years together have been amazing. We’ve shown that we are competitive at most tracks and are able to run up front and race with the best. For 2019, we have some new parts for the bike that should help us find those precious few tenths we’ve looking for. Racing in America has been a dream come true for me, and I am so happy to be in the MotoAmerica paddock.”

In 2018, Sam won both the FIM Supersport 300 European Cup and the Alpe Adria International Motorcycle Championship. He also competed in select rounds of the FIM World Supersport 300 Championship where he had a best finish of 18th at Misano, Italy.

Sam said, “I’m really grateful for the opportunity to join the Westby Racing team for 2019 and compete in the MotoAmerica series. It’s going to be a great experience to race new tracks, and I’m hoping to exceed all expectations. I’m also very happy to be teammates with Mathew whose career and racing skills I’ve long admired.”

“2019 is going to be a big year for us,” commented Westby Racing team owner Tryg Westby. “For the first time, we’ll have two riders on our team, with Mathew racing at the pinnacle of MotoAmerica in Superbike, and Sam just starting out in MotoAmerica’s Junior Cup class. Both riders have already had a lot of success in their racing careers, and our entire team, including our sponsors, is looking forward to this upcoming season.”

Also commenting on the two-rider lineup, Westby Racing team manager Chuck Giacchetto said, “The entire team is looking forward to 2019. With two talented riders under the Westby Racing canopy, we’ll be working hard to help continue their success and also the success to which our entire team has become accustomed. We’ve got new electronics for Mathew’s Yamaha R1 Superbike, and we’re excited to see how we stack up against the competition. Also, we’re looking forward to competing in the Junior Cup class with our new rider Sam. It’s going to be a fun year, and we can’t wait to get started.”

For more updates about Westby Racing, including news, photos, and videos, visit http://www.WestbyRacing.com

Be sure to follow “Westby Racing” on your favorite social media sites.