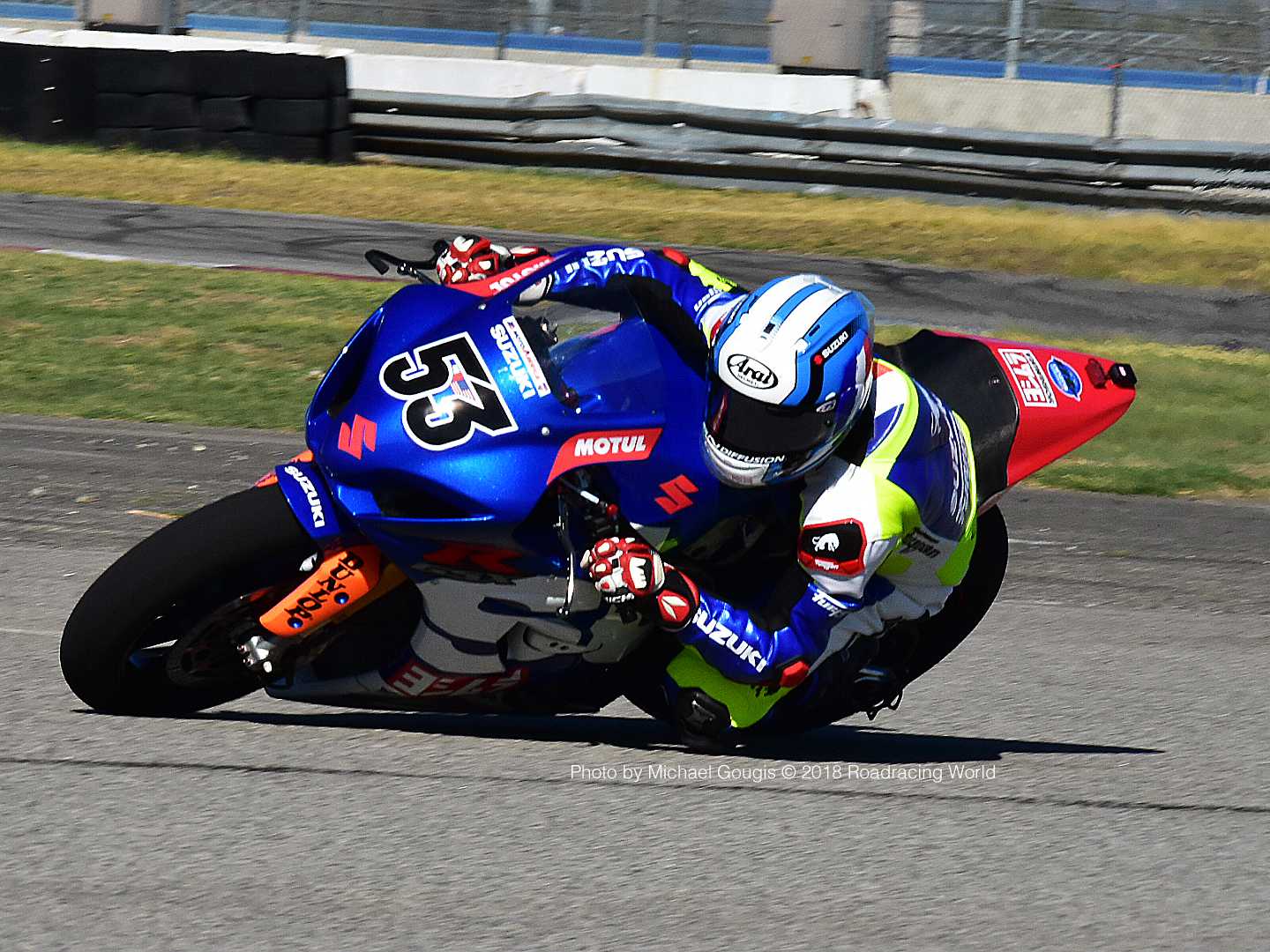 Debise, who rode a Team Hammer M4 ECSTAR Suzuki GSX-R600 in the MotoAmerica Supersport series in 2018, is experienced on literbikes, having raced in the FIM Endurance World Championship and as a tire tester for Michelin’s MotoGP program. The Yoshimura seat, one of the most prized rides in the MotoAmerica Superbike paddock, was left open at the end of the 2018 season with the retirement of Roger Hayden from professional racing.

Valentin Debise (53) says the sophistication and complexity of a modern Superbike is the biggest adaption he faces in moving to Superbike. Photo by Michael Gougis.

“He’s clearly got talent, and he’s now a member of the Suzuki family,” Sakakura told Roadracing World. “We wanted to give him a day on the bike to see how he would adapt.”

Sakakura says that no times would be released from the test, as howling, gusting, unpredictable winds prevented Debise and Elias from putting in consistent laps. A final decision on the second Yoshimura Superbike rider is expected within a month, Sakakura says.

Debise told Roadracing World that the biggest difference between the Yoshimura Superbike and the racebikes he has ridden in the past is the level of sophistication of the Superbike and the complexity of working through all the possible combinations to arrive at an optimal setting.

“I am learning to adapt,” Debise says. “Fortunately, the crew here is amazing. They know what needs to be done, and we are working through it step by step.”

Based in nearby Chino, for the Yoshimura team, Auto Club Speedway is a mere 30-minute drive. That means it was easy for the team to arrange for its own test sessions during a Fastrack Riders track day. And arranging tests like this one allows the team’s riders to be on-track on their Superbikes more frequently, helping the riders to keep their skills sharp, Sakakura says.