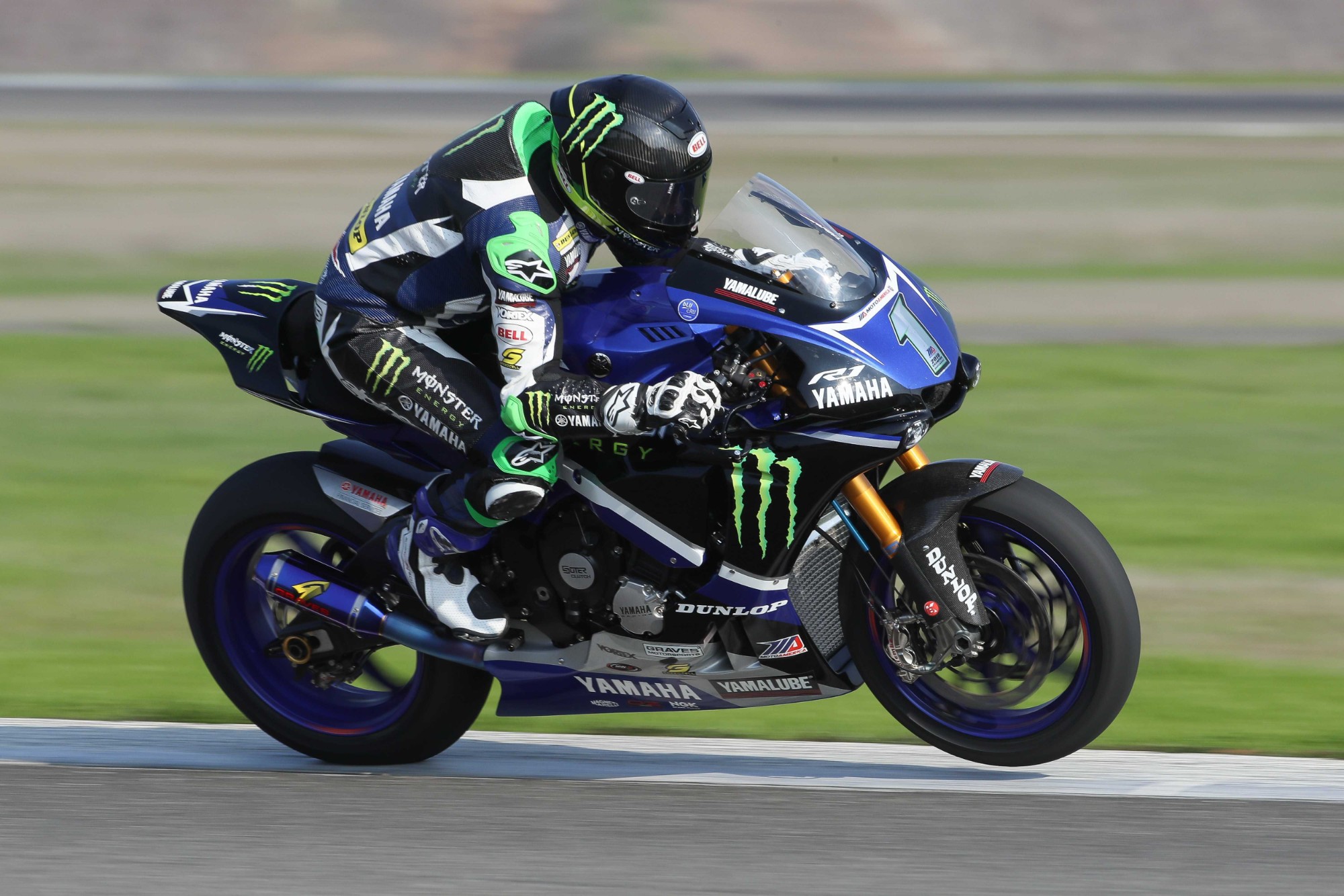 While it can be relatively cold, windy, and rainy in northern California during the winter months, Estenson Racing/Attack Performance Yamaha’s JD Beach, Monster Energy/Yamalube/Yamaha’s Cameron Beaubier and Garrett Gerloff, and Yoshimura Suzuki’s Toni Elias and Josh Herrin enjoyed good weather conditions at the 3.0-mile-long Thunderhill Raceway Park that allowed them to make preparations for the upcoming 2019 season.

“All in all, it was a good test,” said three-time and defending MotoAmerica Superbike Champion Beaubier. “We didn’t have too much stuff to test. We got a new swingarm pivot adjustment. It allows us to change it quicker, so we were playing around with that. But I was really just riding to knock off the rust. Yesterday, I felt pretty rusty, but today I felt a lot better and more like myself.

“The conditions were pretty good. The track was dirty in a couple of spots, but for the most part it was in really good shape. We didn’t get going as fast as I’ve gone here before, but we got down to some decent times. The test was really just about getting my confidence back, and I felt a lot better today. I’m happy.”

“It didn’t go too bad,” Gerloff told Roadracingworld.com. “I was surprised it wasn’t two wet days out here. Coming into the two days, we thought it would be raining at least one of the days, but it ended up being pretty good both days. And there was no wind on either day, which is pretty much unheard of out here.

“We didn’t have a whole lot of new stuff to try. We just had a couple of chassis parts. At the end of the day today, I felt we made a pretty solid improvement just with the clickers on the front forks. Sometimes it’s not the big things that help and working on the little things is what you need to do. All in all, it was good, and I was happy to get on a bike and do some laps.”

“It was good,” said Beach. “It was nice to get two days on the bike back-to-back. The last tests I’ve had have only been one day [each], so it was nice to make some improvements to the bike throughout the day and then come back and try some stuff the next day.

“We don’t really have any new parts that we’re trying. The first few tests we were just running what Herrin had for a setup just because Richard [Stanboli, Crew Chief/Team Owner] knew that it was decent. So we were just trying to get me some laps on the bike before we started changing things. So this time we started making changes for me and making changes to the bike to see what I thought and how it felt.

“Today, we really started to get the bike sorted out. I think between Richard and I he started to learn what I like the bike to do. And I’ve been working a lot on changing my riding style to suit the 1000. So I think we made some good headway with that.”

Roadracingworld.com was unable to reach Elias or Herrin prior to post time.

Update: Late Thursday night, Elias wrote a text message to Roadracingworld.com saying: “We did a great job! We push hard to find the limits. Our bike hasn’t changed much. Just little improvements. At the end, we are there – same guys, small differences. N1 [Beaubier] continues leading. Herrin and Gerloff join the party. Will be fun. I need to improve more. Is not what I’m looking for yet. Anyway, team and Suzuki are doing a perfect job and that makes me happy.”