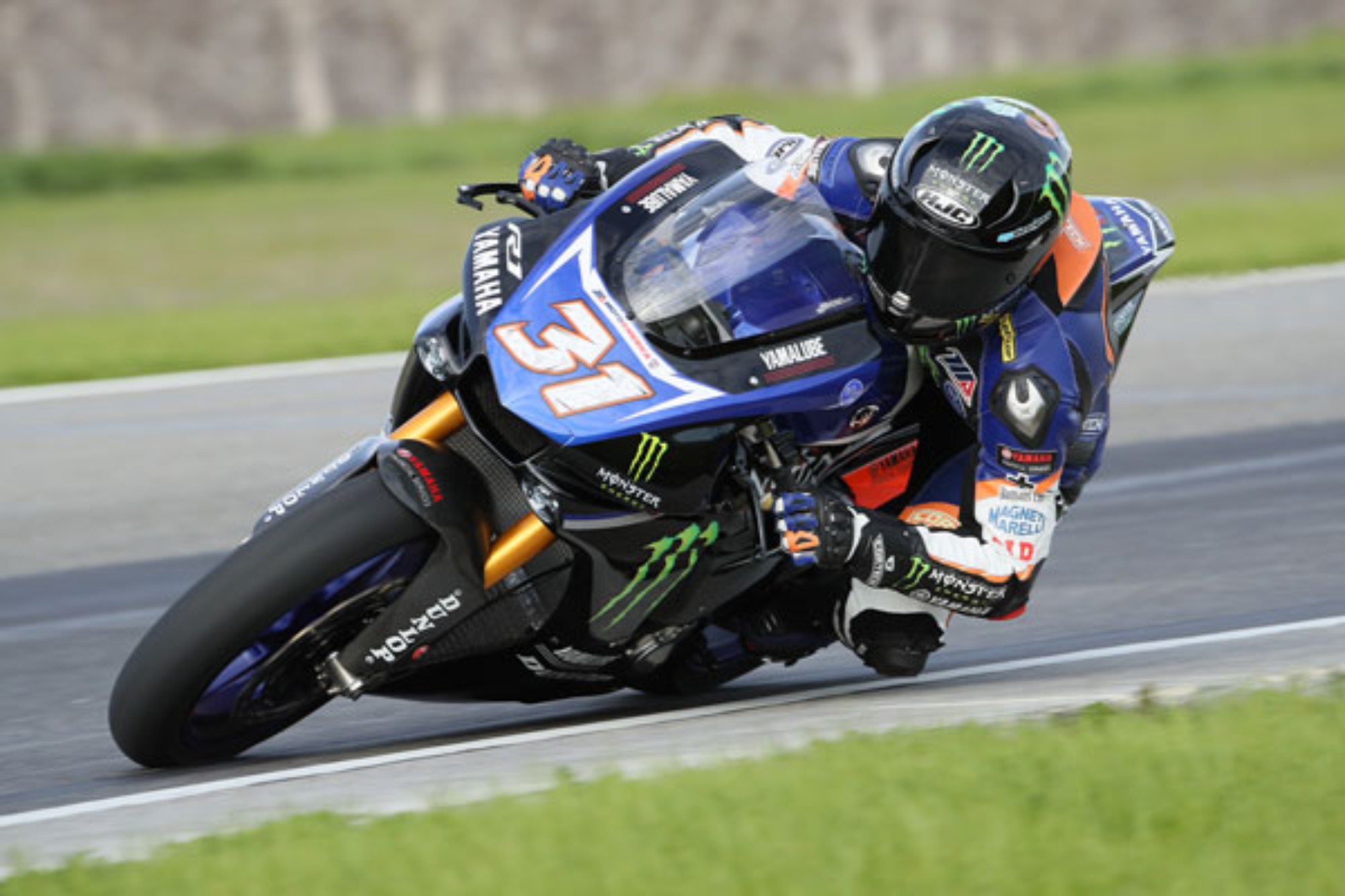 BRASELTON, GA (April 5, 2019) – Monster Energy/Yamalube/Yamaha Factory Racing’s Garrett Gerloff got his 2019 season off to the best possible start with the Texan leading both of the EBC Brakes Superbike sessions on opening day at Michelin Raceway Road Atlanta.

Gerloff led a damp morning session and followed that up with the fastest time of the day under sunny skies in the second session. Gerloff lapped at 1:25.214 to lead Yoshimura Suzuki’s Toni Elias by .138 of a second. Westby Racing’s Mathew Scholtz, Elias’ new teammate Josh Herrin and Attack Performance Estenson Racing’s JD Beach rounded out the top five.

Defending MotoAmerica Superbike Champion Cameron Beaubier suffered through a tough afternoon session and ended up 11thfastest. With only the top nine taking part in tomorrow’s Superpole session, Beaubier will be a spectator and will start the race from the fourth row.

“It went great,” Gerloff said. “It’s definitely a good way to start the first day of the season with first in practice this morning and then first later on in the day in the dry. I’m excited with the changes we’ve made to the bike geometry-wise and electronics-wise. Those changes we made in the off season have helped me here at Road Atlanta. It’s good to have such a comfortable feeling with the bike going into tomorrow with Superpole and the race. Everything feels good, the bike, the tires, the track, it’s all thumbs up right now. I’m ready to keep things going tomorrow and Sunday.”

Even though he crashed halfway through the first Supersport qualifying session and destroyed his M4 ECSTAR Suzuki GSX-R600, Bobby Fong still emerged as the quickest in the class on day one. Fong lapped at 1:29.782 to barely hold off Tuned Racing’s Bryce Prince by .044 of a second. Celtic HSBK Racing’s PJ Jacobsen was third fastest in his MotoAmerica Series debut. Jacobsen also suffered a crash but was uninjured.

Landers Racing’s Rocco Landers rode his Kawasaki to the quickest time in the Liqui Moly Junior Cup Qualifying 1 session, the Oregonian lapping at a best of 1:47.904 that put him a tad over half a second faster than Kevin Olmedo on the Altus Motorsports Kawasaki. Olemedo is on the mend after breaking both of his ankles during the off-season. Finishline Machine Racing’s Jackson Blackmon rode his Yamaha to the third fastest time. Three of the Quarterley Racing/On Track Development Kawasakis (Teagg Hobbs, Dallas Daniels and Jamie Astudillo) and Moonshot Motorsports’ John Knowles had their times disallowed with the rear sets on the Ninja 400s deemed to be in violation of the rules.