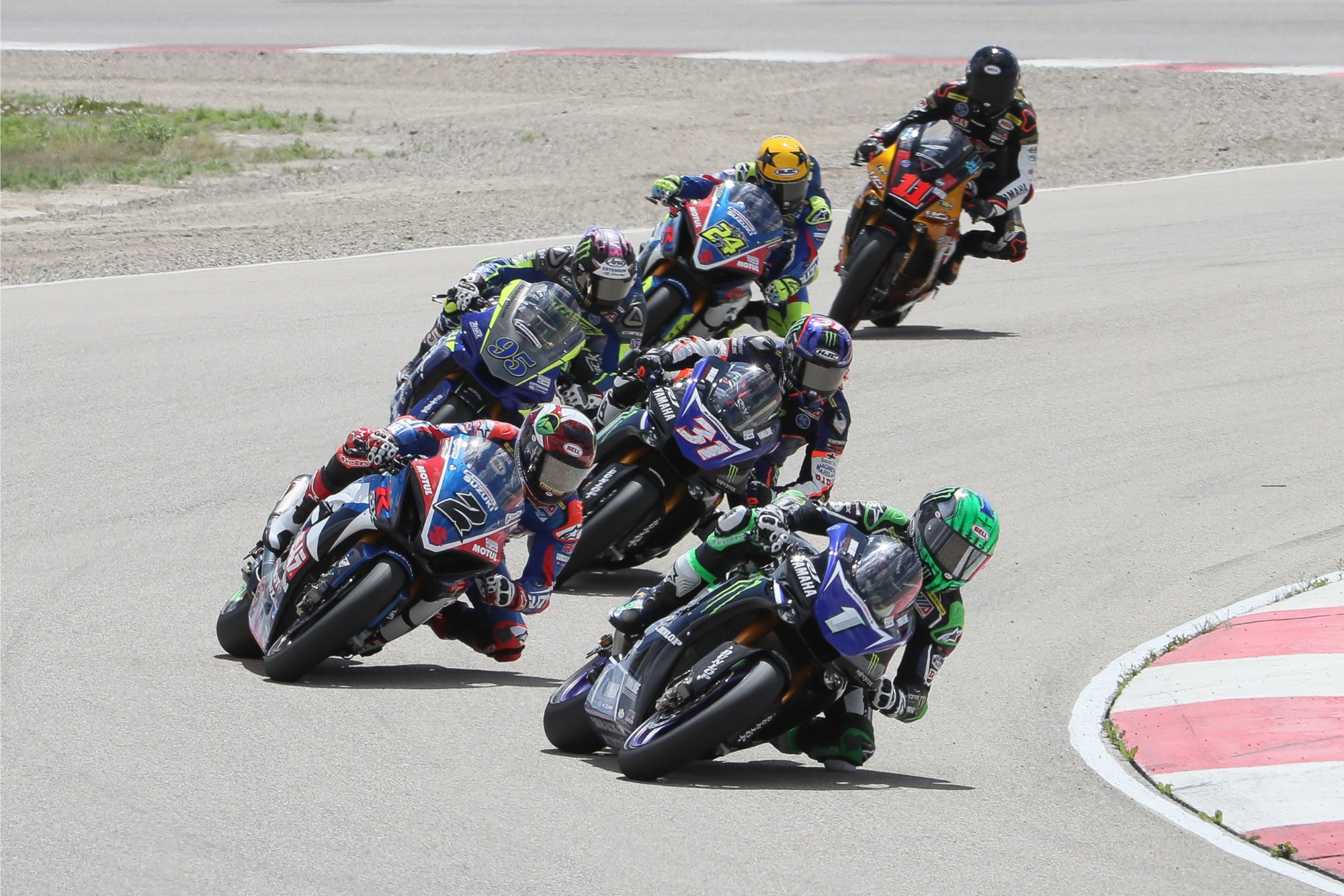 In recent years, the MotoAmerica Superbike Championship has
usually wound down during the course of the season to a battle between just two
riders to decide who would be crowned Champion.

This year, however, a new talent has risen to the top
creating a three-way fight for the 2019 Championship and the title fight is
more unpredictable than ever because the EBC Brakes Superbike field also
includes several other riders capable of winning races and factoring into the
points chase.

That’s a considerable lead, a lead that would theoretically
allow Elias to finish second behind Beaubier at each of the six remaining races
and still win the 2019 MotoAmerica Superbike Championship.

The only problem with that scenario is the fact that
Beaubier’s Monster Energy/Yamalube Yamaha teammate Garrett Gerloff is only 40
points adrift of Elias by virtue of Gerloff winning two of the last three races,
giving him an outside shot at the Championship and preventing Elias from taking
a conservative approach to the end of the 2019 season.

Actually, that’s not the only problem with that scenario. On
top of Gerloff’s latest surge to the front, there are three other riders in the
field who have proven that they are capable of winning a MotoAmerica Superbike
race.

Elias’ teammate Josh Herrin has won twice so far this
season, his first on his Yoshimura Suzuki GSX-R1000; Attack
Performance/Estenson Racing Yamaha’s JD Beach has a single win in 2019, his
rookie season in the Superbike Championship; and Westby Racing’s Mathew Scholtz
has finished second twice so far in 2019 and won a Superbike race in 2018 – before his
Yamaha YZF-R1 was upgraded with advanced electronics and other Superbike parts.

All of this adds up to the potential of a very unpredictable
finish to the 2019 MotoAmerica EBC Brakes Superbike Championship, something
that’s been missing from recent seasons.

To get a view from the riders’ perspective,
Roadracingworld.com caught up with Elias, Beaubier, and Gerloff Thursday at
PittRace and asked them for their view of the current Championship situation
and how they plan to approach the remainder of the season.

“It is really good now with three guys,” said Elias. “It’s
really important for the Championship, and I’m happy. Cameron and I [made]
mistakes [at Sonoma Raceway], and that created this situation. One of my last [social
media] posts was ‘Welcome to the party, Garrett Gerloff.’

“It’s going to be difficult. It’s going to be a big party. I
still have 34 points advantage. It’s something, but it’s nothing because the
situation can change really quick. So I will focus on every single race and
focus on winning. For the fans, the Championship is a really good situation.”

“First off, I think it’s pretty exciting for MotoAmerica to
have three bikes going for the Championship this late in the season. It hasn’t
been like that in years,” said Beaubier. “Truthfully, I think it’s better for
all of us. We’re not worrying about one guy. We’re worrying more so about
ourselves and the fact that we’ve just got to go win. I don’t think it will necessarily
play into my favor, but it’s not a situation where Toni just has to worry about
racing only me.

“Honestly, on Saturday after I tipped over at Sonoma I thought
everything was out the window, and I just tried to put everything out of my
head and win on Sunday. And the next thing you know I won the race and we’re
kind of right back in it. I wouldn’t say right back in it. We’ve still got some
catching up to do. I’m just going to keep my head down and keep fighting and
try not to think about it too much and ride loose and claw back some more points.”

“I’m just going to get out there, put my head down, and do
the best I can,” said Gerloff. “I still have nothing to lose, really, and 40
points is a lot of points. Unless Toni makes a mistake it’s still pretty far
away. So I’m just going to keep doing what I’m doing and try to win more races.

“That’s been my goal all year. I just want to win as many as
I can. So I’m just going to try to do that and maybe it’ll come back to me at
the end. Or who knows. Maybe I’ll end up on the ground trying. I’m just looking
forward to riding the rest of the year. My bike is feeling awesome. The Yamaha
R1 has really been working well. We’ve made some big steps the last two
weekends. I think it will be a fun last part of the year.”