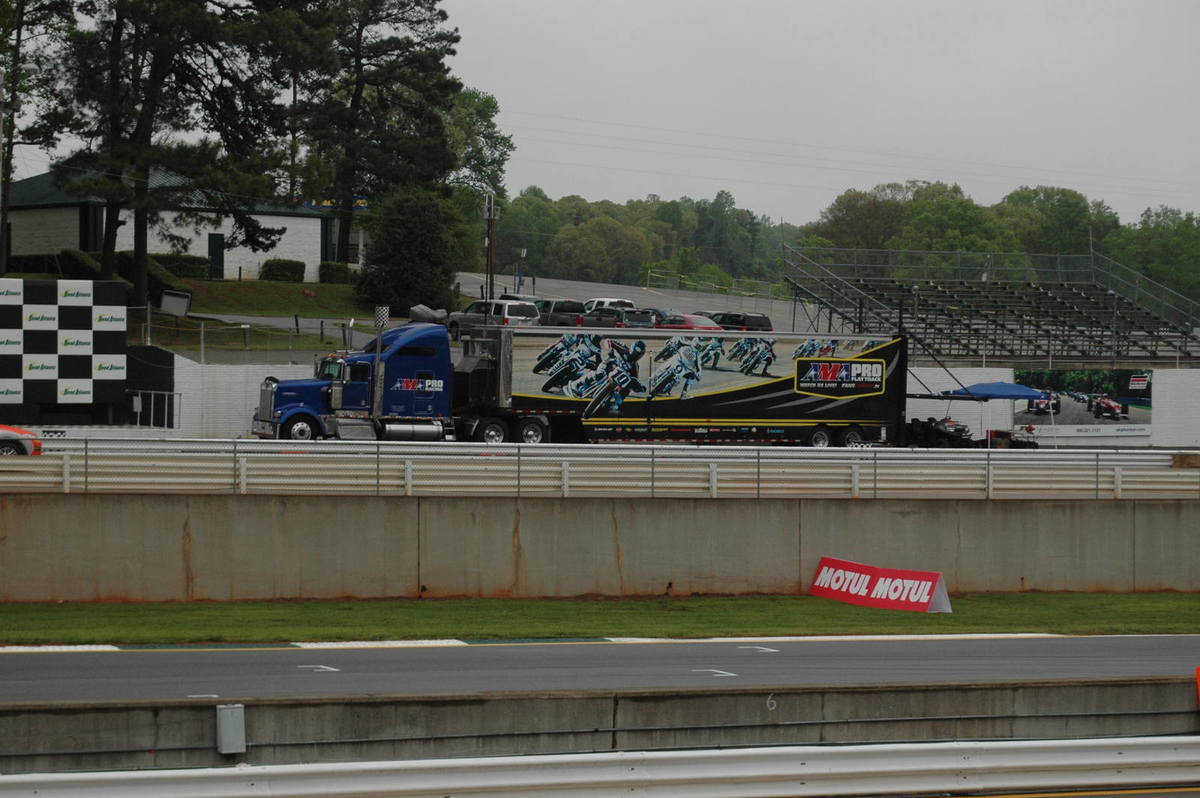 No official announcement has been made and no one associated with the deal will comment on the record to Roadracingworld.com, but all indications are that MotoAmerica races will be streamed live on Fanschoice.TV beginning with this weekend’s event at Road Atlanta.

AMA Pro Racing workers, including Director of Communications & Technical Operations Gene Crouch, the man behind most of AMA Pro Racing’s technical capabilities, have been at Road Atlanta for several days getting their hardware and cameras in place. However, the deal has not yet been announced because the deal between KRAVE Group, which owns the MotoAmerica AMA/FIM North American Road Racing Series, and NASCAR, which owns Fanschoice.TV, had not been finalized as of Friday evening, according to multiple sources.

Although the deal has not been made official a link for “Superstock 600 Fanschoice.tv” now appears under the MotoAmerica TV Schedule tab at MotoAmerica.com and live video from Road Atlanta is being shown at http://www.fanschoice.tv/watch-live/ama/roadrace at post time.

Update: Video coverage of the MotoAmerica event at Road America has been streaming live without any problems since the first moment of the first session Saturday morning.

Starting this weekend, the MotoAmerica Series will be streamed live

BRASELTON, GA, APR. 18 – MotoAmerica, in conjunction with its online partner Torque.TV, has announced that racing action from round two of the 2015 MotoAmerica AMA/FIM North American Road Race Series at Road Atlanta in Braselton, Georgia, April 17-19, is now streaming live through its website MotoAmerica.com. The streaming is being produced by AMA Pro Racing and FansChoice.TV.

“We hope all the fans who can’t be here at Road Atlanta this weekend can enjoy our live streaming,” said MotoAmerica President and three-time 500cc World Champion Wayne Rainey. “We’re looking forward to some great racing this weekend in the Honda Superbike Challenge of Road Atlanta.”

“All of us at Torque.TV and Motor Trend are delighted to extend our partnership of North America’s premier motorcycle road racing series – MotoAmerica – by providing live streaming of MotoAmerica races,” said Roger Werner, founder of TorqueTV.

More information on the live-streaming package will be released later.