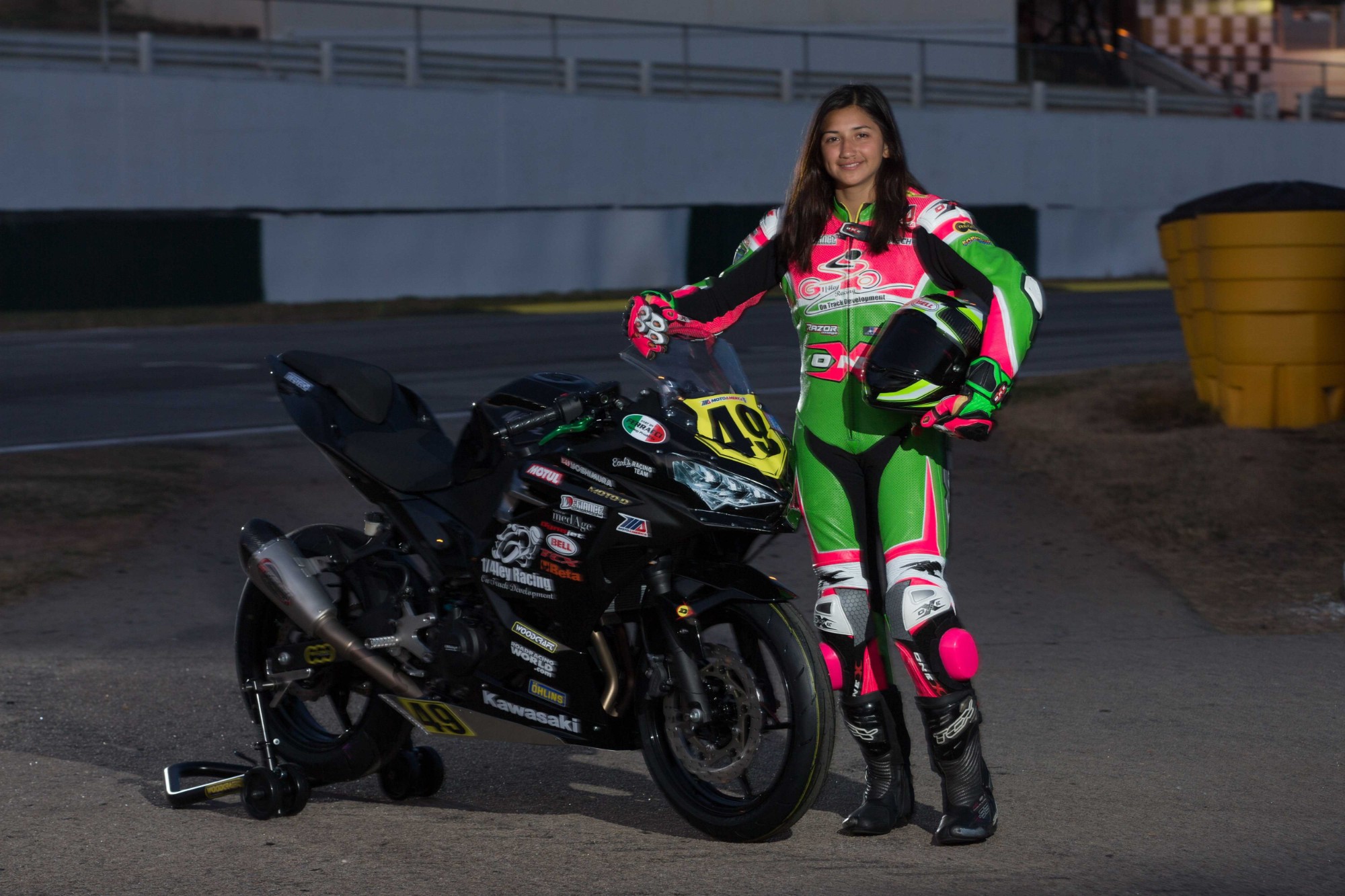 MotoAmerica and WMX racer Jamie Astudillo, 18, with her podium finish and steady progress in the MotoAmerica Junior Cup series, caught the attention of some mutual friends of the Quarterley Racing On Track Development team in New Zealand. Jamie was invited along with her parents to attend several different racing events and disciplines during February.

Jamie’s first event will be the New Zealand Classic Motorcycle Road Racing 40th Annual Classic Racing Festival on February 2 and 3 at Pukekohe Park on the North Island outside of Auckland. Jamie will be racing a vintage late 80’s Ducati 750 F1 Santamonica, a bike that is far different than anything she has ridden, but will surely give her appreciation for the rare machines of the past that are still being raced.

From there, Jamie will represent the Quarterley Racing On Track Development team at Riverside Speedway in Invercargill on the far end of the South Island where the ever-increasingly popular Burt Munro Challenge will take place from February 6 through 10. It consists of several disciplines of racing all bundled into a week of speed.

Jamie will compete in a road hill climb, beach race, and street race on a KTM 450 SMR, then a road race at the Teretonga Park in Otatara.