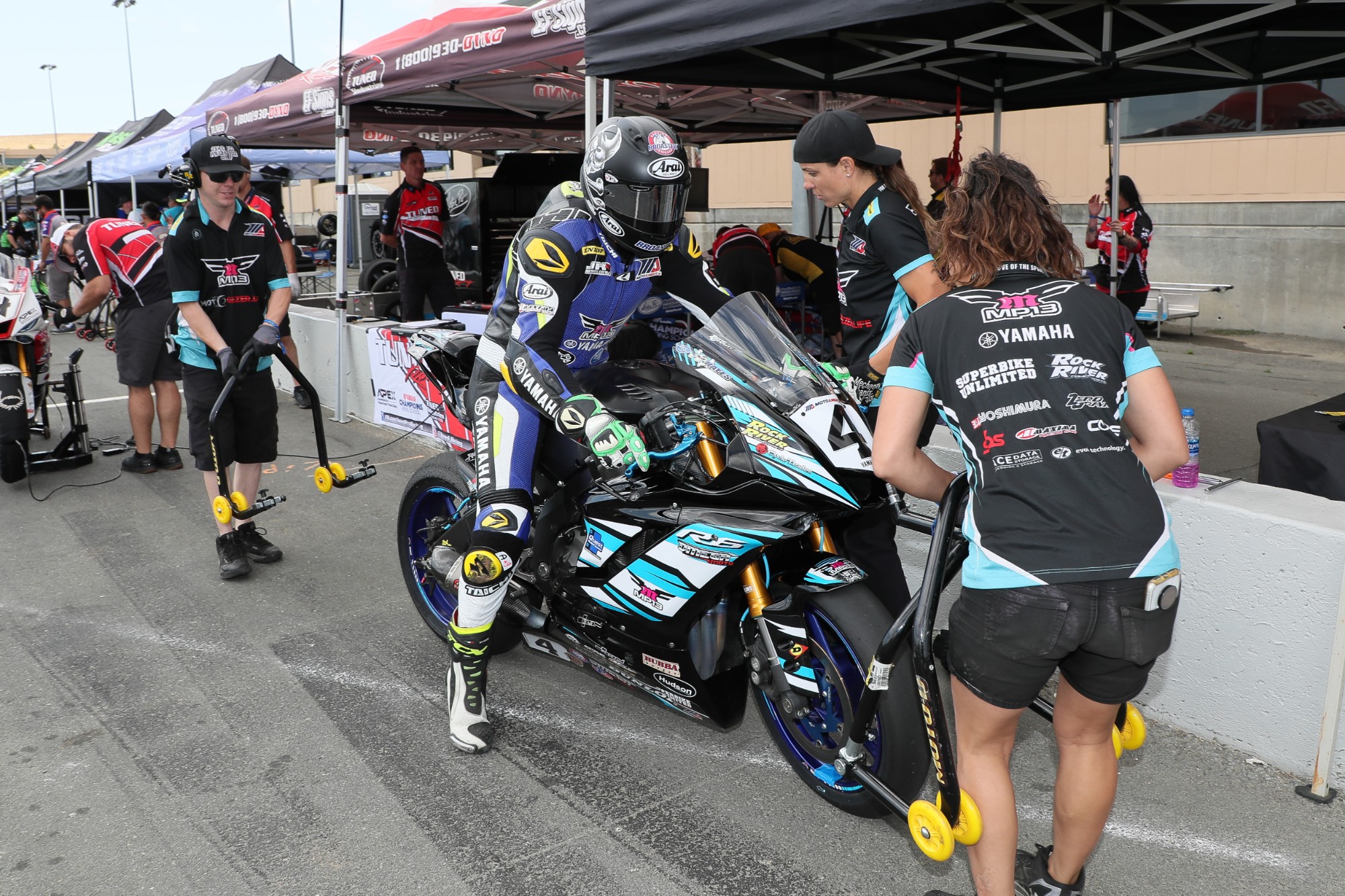 Oceanside, CA – August
20, 2019 – Current
MotoAmerica Junior Cup competitor Hunter Dunham will pull double duty this
weekend at Pittsburgh International Race Complex and also at New Jersey Motorsports
Park on September 7 and 8 as he will race the #12 MP13 Racing Yamaha YZF-R6 in
MotoAmerica’s Supersport class in addition to racing the #17 Hunter Dunham
Racing Kawasaki in Junior Cup at both of the upcoming MotoAmerica rounds. The
announcement was made by MP13 Racing team owner Melissa Paris.

“After Hunter attended the J4orce Training Camp a couple of weeks ago, we
decided to put him on our R6 and give him a chance to dip his toe in the water
in Supersport, which is where he intends to race next season,” Paris commented.
“We want to see where he stacks up on a bigger bike, see what he still needs to
work on, and go from there.

“Obviously, Hunter’s first priority is to finish the season strong in
Junior Cup, and we think the extra seat time in Supersport will help him in
that class, as well.”

Hunter, who hails from Griffin, Georgia, and will turn 21 next month, said,
“I’m very thankful for the opportunity to race for Melissa in Supersport. The
bigger bike will be a challenge, but it’s a great next step for me. I’m a
taller rider, and the 600 feels a little more comfortable for me. I got to ride
the MP13 Racing Yamaha on Monday at Sonoma right after our race weekend, and I
really loved it. I’m really looking forward to Pittsburgh.”

Four-time AMA Superbike Champion Josh Hayes, who has been riding the MP13
Racing Yamaha Supersport bike to top-five finishes at several rounds this
season, will focus on his coaching duties.

“Our mission was to show the potential
of the MP13 Racing team and our bike,” Josh said. “Regularly running near the
top of the leaderboard in practice and qualifying sessions has shown that well,
I believe. I’ve had a lot of fun racing the Yamaha R6 again, but this allows me
to focus on my riders who I committed to help for the season. So, I’m stepping
off the MP13 Racing Yamaha and giving Hunter a chance to race a middleweight
bike, which is the next step in his development as a racer.”

When he says “my riders,” Josh is referring to MotoAmerica Superbike
riders Garrett Gerloff and Cam Petersen, along with Supersport riders Bobby
Fong and Richie Escalante, who he serves as a riding coach for as part of his
J4orce Training Camp.

MP13 Racing hopes to see you at Pittsburgh International
Raceway this weekend, but if you can’t make it to PittRace, be sure to watch Supersport qualifying, along with both Supersport races on MotoAmerica
Live+. To subscribe, go to http://motoamericaliveplus.com