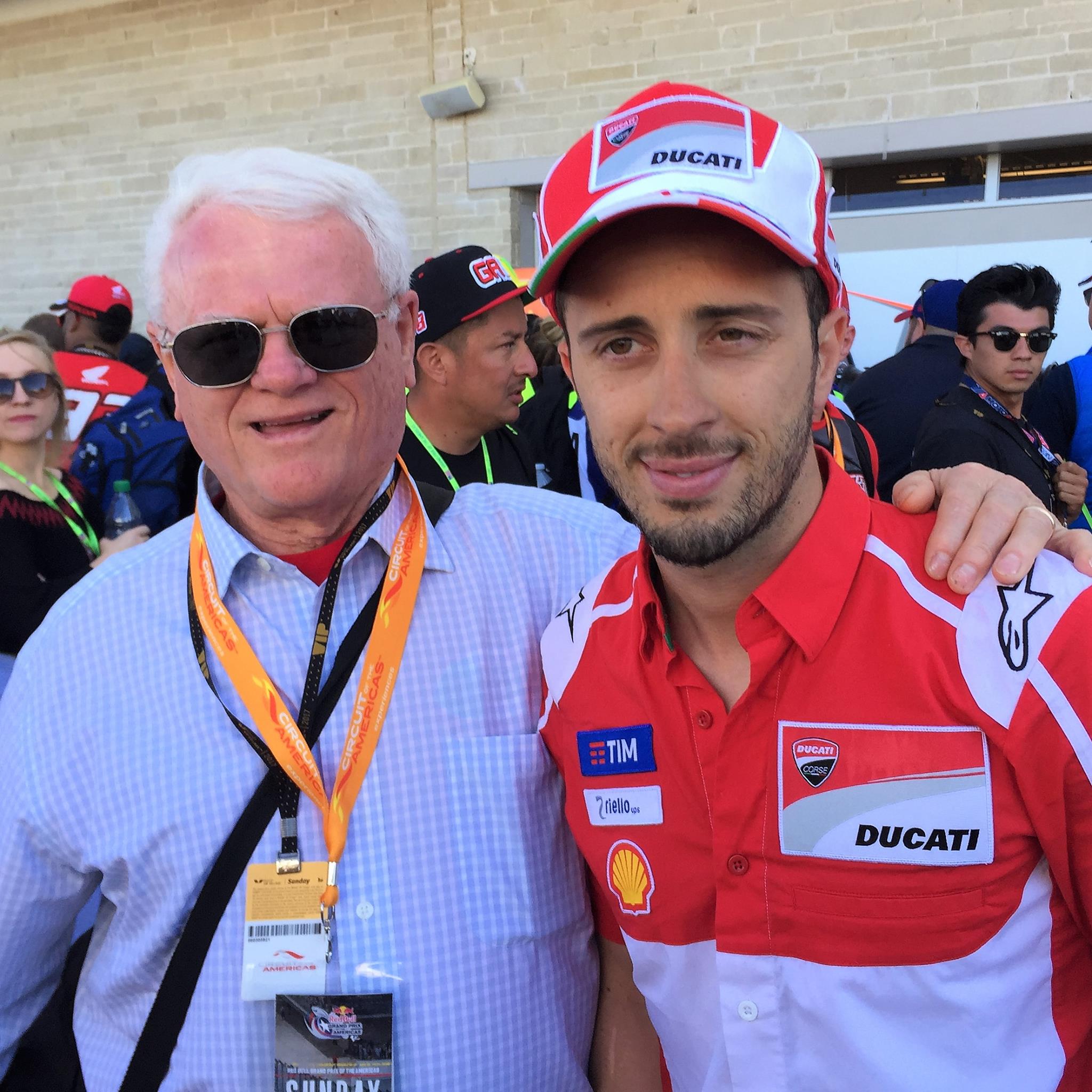 “As you know, I rode for Eraldo back in the day. I was his first rider,” said Quarterley Racing/On Track Development co-owner Dale Quarterley, who raced and won on a Fast by Ferracci Ducati 851 in the 1988 AMA Pro Twins/Battle of the Twins Championship. “I have been on him the last couple of years when we’ve seen him at the track to come and be part of this.

“When we see Eraldo each fall he says, ‘You call me this winter. I do something.’ Well, when we called him the other day he said he was in. He sounded all excited. He said he has a couple of buddies who want to come out and play. He said it would help his parts business.”

In addition to winning as a road racer in his native Italy and as a drag racer in America, Ferracci built and tuned winning Ducati road race bikes for Quarterley and Doug Polen (who won two Superbike World Championships and one AMA Superbike Championship with the Fast by Ferracci Ducati team), among many others.

In late 2016, Ferracci announced that he was selling his Ducati/MV Agusta/Husqvarna dealership near Philadelphia, Pennsylvania and retiring, but apparently the 80-year-old couldn’t get racing completely out of his blood.

“We asked him why he wants to come back in,” said Quarterley, “and his answer was, ‘I came to [the MotoAmerica/MotoGP event in] Texas and I walked around and everyone had a smile on their face. Everyone is moving forward. Everyone is doing the best that they can to move it forward.’

“He sees the progress that MotoAmerica has made and he wants to be part of it. And you’ll have to ask him, but I think he picked us because of the kids [in the Junior Cup class]. That’s the future in motorsports. If you were going to come back to help somebody where else would you go? We’re starting to hear that more and more from people I’ve asked for help, both physically and financially. That sentiment is really growing.”

Other than sponsorship to promote his online performance parts retail business, www.fastbyferracci.com, Quarterley said the full scope of Ferracci’s involvement is yet to be determined and may involve tuning on their Kawasaki Ninja 400 racebikes.

Podcast: How Cody Wyman Got Very Busy In 2022