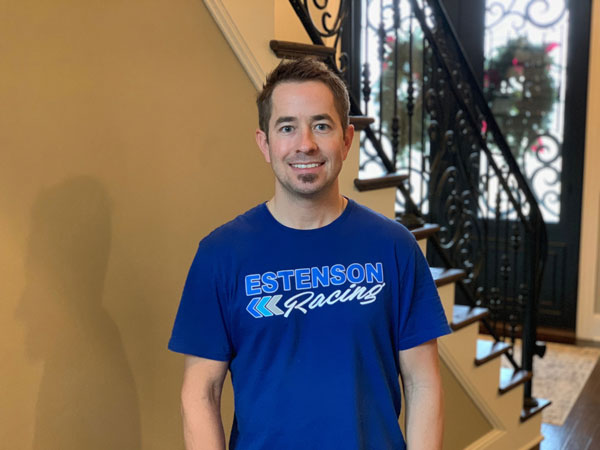 PHOENIX (January 14, 2019) – Estenson Racing is pleased to welcome Tommy Hayden on board as Director of Racing Operations. Hayden brings with him a wealth of experience in the motorcycle racing world, and he is a key addition to the team, which has grown at a rapid rate. In his new position, Hayden will oversee the team’s race operations, including everything from the nuts and bolts of the team to the marketing side with sponsor relations and sponsorship development.

“I have become more and more excited about this project everyday that has passed since making the decision to join Estenson Racing,” Hayden said. “To think back over the years on everything I have been involved with in the motorcycle racing industry and now for it to come full circle back to flat track where it all started, it puts a smile on my face. With a five-rider team, it is going to be a big project to get the infrastructure built and everything put together in the short amount of time before the first race in Daytona, but I am confident that we will show up there ready to compete at a high level.”

The eldest brother of the well-known Hayden family, Tommy has been involved in racing his whole life. In addition to two AMA Supersport Championships (2004-2005), Hayden amassed 34 wins in the U.S. National road racing championship (now MotoAmerica), eight of which were in Superbike. More recently, Hayden was the Global Road Racing Manager for Monster Energy.

“I’m so excited to have Tommy on board,” Team Owner Tim Esentenson said. “After working together for a couple of weeks, I’ve already elevated his role to Director of Race Operations. It all came together for me from the understanding of his history as a successful racer and his background with marketing and sales, it made sense to make him the manager of the whole program.”

For 2019, Estenson Racing has more than doubled in size with five riders and plans to compete in all three classes of American Flat Track. With its partnership with Attack Performance, Estenson Racing will make its first foray into MotoAmerica with JD Beach in Superbike.

Estenson Racing was born out of Team Owner Tim Estenson’s passion for motorcycles and flat track racing. In just their first full year of racing, Estenson Racing quickly established themselves as one of the top non-factory teams in American Flat Track. They reaped success early with an AFT Singles Championship and an X Games Gold Medal and followed that up in 2018 with their first win in the Twins class and multiple wins on the Mile in AFT Singles. Next year the team is more than doubling in size with JD Beach, Jake Johnson and Kolby Carlile in AFT Twins, and Ryan Wells and Dallas Daniels in AFT Singles. For more information about Estenson Racing, www.estensonracing.com