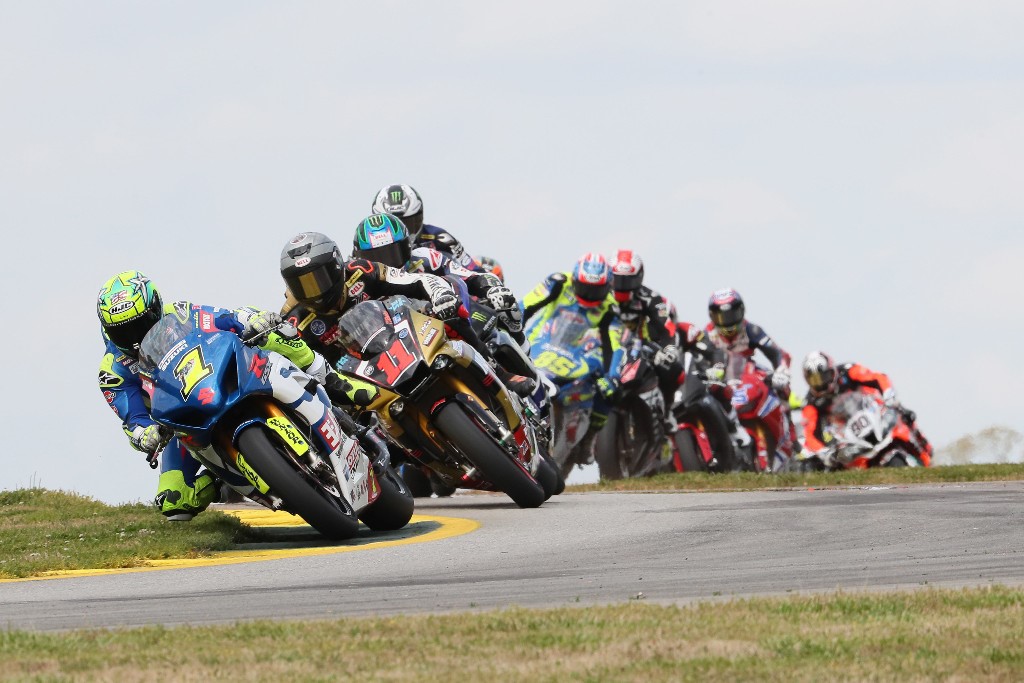 Season Five Of MotoAmerica In Place For Next Year

COSTA MESA, CA (November 8, 2018) – MotoAmerica has announced its provisional calendar for the 2019 MotoAmerica Series with the 10-round championship set to continue its trend of building the race series through consistency of both location and dates while also tweaking a few things along the way, including the introduction of four two-day events in place of the traditional three-day events.

“We’re happy with our schedule as we enter the fifth year of the MotoAmerica Series,” said MotoAmerica President Wayne Rainey. “I think having the same events return on dates that are the same or very similar to years past brings more stability to the series. Our fans can start to really plan for our events, year to year, based on the consistency of our dates and our racetracks. We are also introducing four two-day events to the schedule in an effort to tighten things up a bit and I’m looking forward to seeing how those evolve. We believe some of our racetracks might do better with a two-day program while others obviously work well for a three-day program because of the number of our fans who go to those events to camp. We only just finished year four and we’re already looking forward to getting to Road Atlanta in April.”

As previously announced, the MotoAmerica Series, which features the Motul Superbike Championship as its headline class, will begin again at Road Atlanta in Braselton, Georgia, April 5-7, before heading to Austin, Texas, and the Circuit of The Americas for round two, April 12-14. As has been the case since the series made its debut in 2015, the COTA round will be held in conjunction with the Grand Prix of The Americas. The COTA round is also a Motul Superbike-only round.

From Texas the series will head east to VIRginia International Raceway, May 4-5, for the Championship of Virginia and the first of four two-day events on the schedule. Road America will play host to round four on its traditional date of the first weekend in June, May 31-June 2, followed a few weeks later by the two-day Utah Motorsports Campus round on the outskirts of Salt Lake City, June 15-16. The big change for the UMC round is that MotoAmerica will use the shorter East Course (2.2 miles) rather than the Outer Course (3.048 miles) the series has used in previous years.

“We believe the shorter East Course will provide better viewing for spectators at the Club House and in the paddock area because you can see the entire track,” MotoAmerica Partner Chuck Aksland said. “This will definitely enhance the spectator experience.”

MotoAmerica will venture to WeatherTech Raceway Laguna Seca in Monterey, California, July 12-14, for what promises to be a weekend to remember with the Monterey Motorcycle Festival featuring MotoAmerica. For the first time in its five-year history of racing on the Monterey Peninsula, MotoAmerica will be a standalone event at the historic racetrack with the weekend to include racing legends, celebrities, vintage racing exhibitions, and a classic motorcycle auction.

“We are pleased to be heading to WeatherTech Raceway Laguna Seca for a fifth year,” said Rainey. “Since I make my home here, it’s obviously one of my favorites but it is also one of the most popular events on the calendar. We have big plans to make this year’s event a memorable one with a weekend chock-full of activities for our fans.”

The series then takes a one-month summer break before setting up camp at Sonoma Raceway in Sonoma, California, for a two-day event, August 10-11.

The premier motorcycle road racing championship in the country then heads back east for the final three rounds, beginning at Pittsburgh International Raceway Complex, August 23-25, followed by the two-day New Jersey Motorsports Park round, September 7-8.