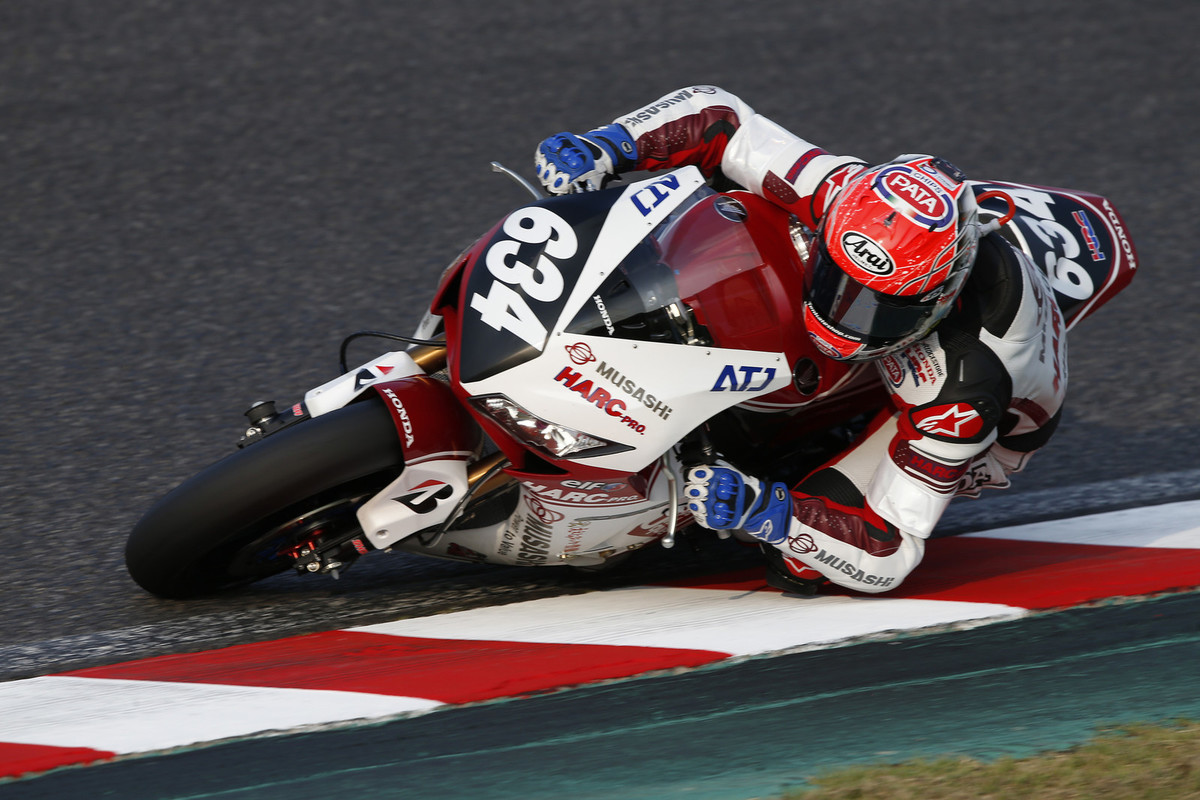 Honda’s new World Supersport champion Michael van der Mark has signed a two-year agreement to race with the Pata Honda team in the World Superbike championship in 2015 and 2016.

The 21-year-old, who secured the 2014 World Supersport series title with two rounds to spare on 7 September in Jerez in Spain, will ride the Pata Honda CBR1000RR Fireblade SP from next season. It was confirmed on Friday 19 September that Pata will be with Honda for further two years in the World Superbike championship.

Although he has raced on Honda’s CBR600RR for four years – winning the European Superstock 600 championship in 2012 before stepping up to World Supersport last season – van der Mark is no stranger to Honda’s 1000cc flagship sportsbike.

The Dutch rider has won the last two editions of the prestigious Suzuka 8-hours World Endurance championship race in Japan, impressing many with his outright pace on the larger machine.

Van der Mark still has two rounds remaining in this year’s World Supersport championship at Magny-Cours, France on 5 October and at Losail in Qatar on 2 November. However, the team’s testing schedule and the calendar for the 2015 World Superbike championship are yet to be announced.

I’m really, really happy with this next step. It’s been going in two-year stages for me with the team, so this next stage in World Superbikes is fantastic and really exciting. It’s a good and safe place to be with Honda for 2015 and 2016. I’ve had a great experience with this team for the last two years and there was never really any question that I would be going anywhere else. World Superbikes in 2015 is going to be really interesting – there are new technical regulations and I think there will be a few surprises next year. Although the electronics will be a big change for me, I have shown that I can ride a superbike and now I really can’t wait to get started.

In a way, I’m a little sad that we have to let Michael go from his contract with Ten Kate Racing for 2015. But in reality, I am absolutely happy and proud that he has been given this fantastic opportunity with Honda. There is now a clear plan and vision to grow his impressive talent in the future. We have been working with Michael now for four years – two in Superstock 600 and two in World Supersport – so this next step for him feels completely natural. He fully deserves this chance and we are all looking forward to taking these next steps together with him.

We are absolutely delighted that Michael has found his niche with Honda. He has gelled with the CBR range from day one in European Superstock where he became champion in 2012. Now he has a world title with Honda and the CBR600RR and we’re looking forward to the next two-year cycle as we target our common goal of another world championship together.