Marquez, Pedrosa Ride And Drive During Honda Racing Thanks Day At Motegi

Marquez, Pedrosa Ride And Drive During Honda Racing Thanks Day At Motegi 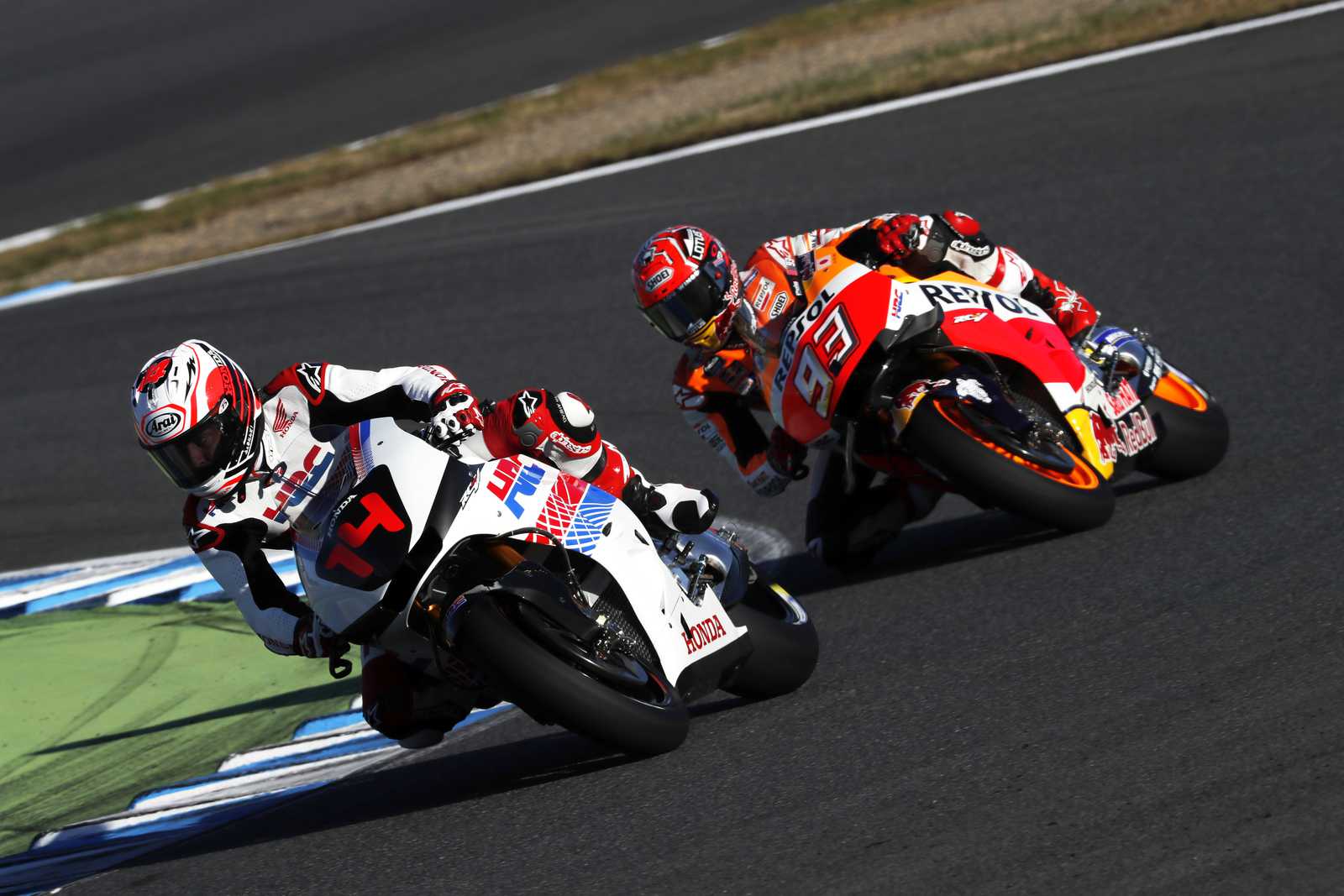 Over the weekend Repsol Honda’s Marc Marquez and Dani Pedrosa attended the 2016 Honda Racing Thanks Day at Motegi, Japan. The event, a traditional part of the Company’s racing year, brings together official riders and drivers from Honda’s various motorsport programmes.

The event marks the end of the racing season and this year offered Honda a very special reason to celebrate: World Championship victories in MotoGP, Trial and MXGP. This is the first time in motorcycling history that a constructor has achieved such success.

On Saturday Marc, Dani and their racing colleagues moved to the Motegi Twin Ring Circuit, where Formula One drivers Fernando Alonso and Jenson Button joined them for a day on track, riding and driving various motorcycles and other machines.

Today’s fine weather prompted around 20,000 fans to attend the event, the crowd packing the grandstands to follow the action and cheer their heroes. Marc and Dani had a fun day on amazing four- and two-wheels machines. In the morning they took part in a kart race, then changed into their leathers to ride CBR250 Dream Cup machines. After that Dani took to the track on the RS125R he used to win the 2003 125cc World Championship, while Marc rode a historic Honda RC142. The Repsol Honda men also raced Honda CR-Z 1.5 Sport Hybrids before climbing aboard their RC213V MotoGP machines for another run.

Fernando Alonso didn’t miss the chance to have a ride on the 2016 World Champion’s MotoGP bike, sporting beautiful HRC livery, while Marc rode alongside him on another RC213V and Dani and Jenson Button drove Honda NSX Concept-GT cars. All four riders and drivers enjoyed themselves hugely while entertaining the enthusiastic crowd.

“As always it has been an honour to be here at the Honda Racing Thanks Day, spending some relaxing time with people from the company. It’s a nice event because it’s good fun for the fans and for us, because we get the chance to speak and exchange opinions with riders and drivers from other motorsport categories. For someone who loves bikes as much as I do, it’s a fantastic weekend! This year of course was even more special because we could once again celebrate the MotoGP title at the track where we won it. I look forward to coming back next year!”

“I’m happy to be here in Japan again and to share some time with our Japanese fans who are always so special and affectionate, and bring us lots of presents and nice surprises! We like coming here for the Honda Racing Thanks Day because we have the chance to ride and drive many types of bikes and car, so it’s great fun. This year we had fantastic weather too, so we could make the best of the experience”.