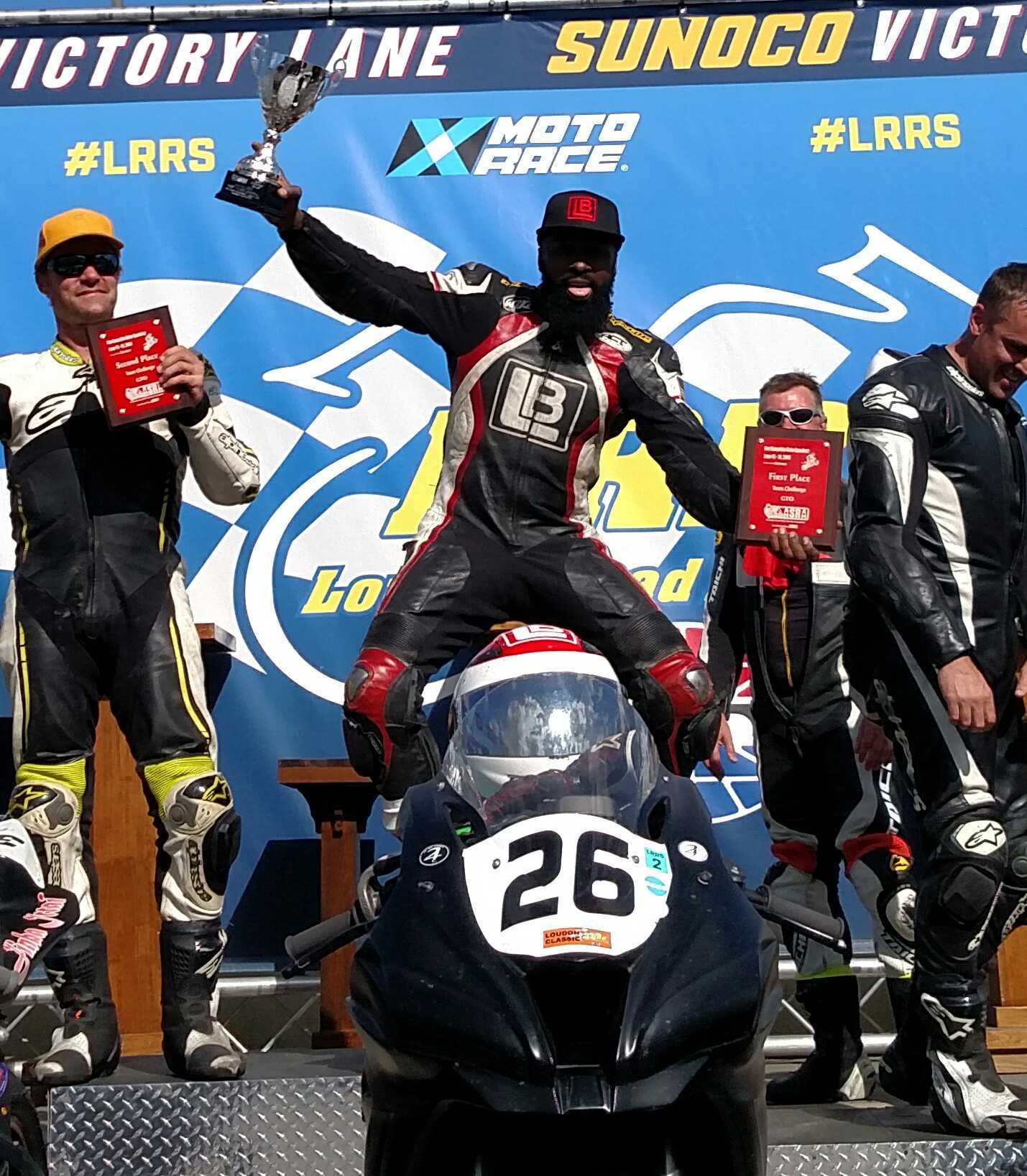 Loudon, NH – The third round of the 2018 AMA Sanctioned ASRA Team Challenge Series Presented by Michelin Tire made its annual trek to the nation’s oldest motorcycle race, the 95th Annual Loudon Classic. Running in conjunction with the Loudon Road Race Series (848 entries with 224 riders in 2018), it was an unusual event for the Team Challenge where the weather was not a factor at The Classic with temperatures in the low 70’s and a dry track making near perfect race conditions.

At 2:30pm the green flag flew for the 16 teams entered in the race and Lloyd Bayley (LB Sports) on his Kawasaki ZX-10R took the hole shot but that lasted only a few laps before National Granite (Gene Buonomo, Norman Pomerleau) pushed through on their Yamaha R6 to take the point. Lurking not far behind the 2 front runners was the Yamaha R1 of Jinba Attai (Joel Lenk) watching the action ahead of him while staying in a position to strike should the opening appear. By lap 21, Bayley had settled into his rhythm and eased past National Granite when they made their first pit stop. This allowed Bayley and Lenk to take the top 2 spots and do what they do best, run smooth consistent fast laps, and keep the 3rd place National Granite well behind as the laps wore on. With good fuel mileage and an eye on strategy, LB Sports made the only stop he was going to make for fuel and a splash of water before rejoining fray some 20 seconds behind Jinba Attai. On lap 54 it was the fuel mileage king Joel Lenk’s turn for a gas and water stop returning the lead to Bayley trailing the front runner by 20 seconds as the only 2 teams on the lead lap. For the remaining 36 laps Bayley kept it in the zone and slowly pulled away from Lenk finishing with a 1:04.560 margin of victory. In 3rd place it was the GTU leader National Granite 2 laps behind the lead duo. The win moves LB Sports into an 8 point lead for the 2018 Overall Championship over Jinba Attai with 4 rounds remaining in the series.

For the GTO Class, LB Sports shook off the 20 plus hour drive from Deland, FL to take the win with energy to spare. Coming in 2nd was Jinba Attai followed by Jr.& the Geriatrics (Dave Tasker, Roger Ealy Jr, Mike Clark) who put their BMW S1000RR on the final podium spot over the Farrell Performance (Calvin Martinez, David Dayon) Kawasaki ZX-10R. The win pushed LB Sports to the lead in the GTO Championship by 8 points over Jinba Attai, 91 to 83, and 10 points clear of Farrell Performance.

Debuting this year was a special Loudon Classic Challenge where each rider on the team ran their own bike by switching the team transponder to the next riders machine during their pit stop. This created a wild and exciting new program and it was Houck Racing (Houk Nichols, John Bonwell, Kevin Quinn) that captured the inaugural event with Team Phantom (Eric Fogg, John Debiase, Ryan Stockman) in 2nd and Northern Racing 2 (Owen Feeney, Kevin Dunphy, Colm Costello, Enda Cox) on the final step of the podium.

The next event for the AMA Sanctioned ASRA Team Challenge Series Presented by Michelin Tire is Summit Point Raceway in Summit Point, WV on August 18-19, 2018.