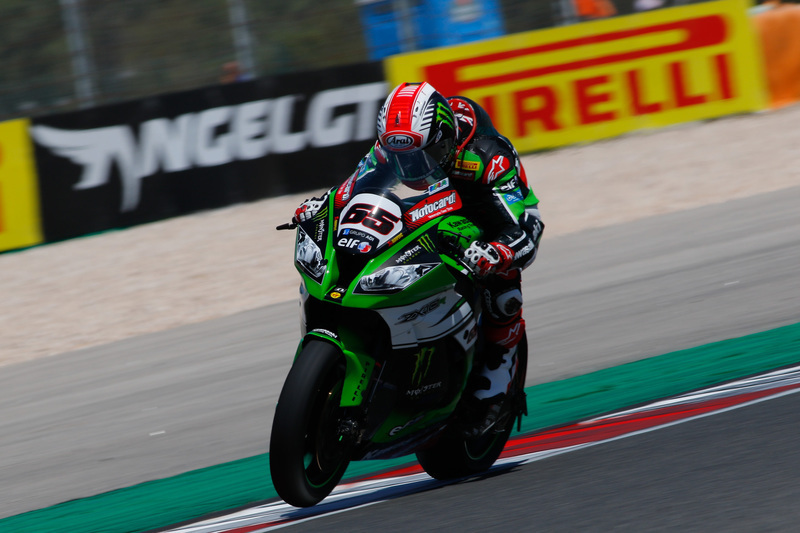 Tenth WorldSBK Round Coming Up For KRT’s Rea and Sykes

The number of 2015 FIM Superbike World Championship rounds will reach double digits in the next few days as KRT riders Jonathan Rea and Tom Sykes head to the Sepang International Circuit in Malaysia holding first and second places respectively in the overall championship standings.

Last season at Sepang Sykes was second on the grid but had a no score in race one, after a first lap incident caused by another rider. Tom rallied to take third place in race two at a circuit the 2013 World Champion rates as one of the most technical and enjoyable on the calendar.

While riding for another manufacturer Rea took two sixth places at Sepang in 2014 but hopes for much more after a stellar first season in Kawasaki’s official WorldSBK squad. In the past 18 races Jonathan has finished in the top three all of them, collecting 11 race wins to date. Sykes has taken three race wins in 2015, part of a total of ten podiums so far.

After nine WorldSBK rounds and 18 individual points scoring races Rea has a class-leading total of 407 points, with Sykes in second place on 282. Sykes and Rea have been shadowing each other in terms of their WorldSBK career landmarks for much of the 2015 season. Sykes has now taken 59 podium finishes, including 25 wins, while Rea has 26 wins and 60 podiums.

In terms of the coming weekend, in what will be the second time the series has visited Asia in 2015, the hot temperatures and high humidity of a Malaysian summer should add to the challenge of the long 5.548km Sepang International Circuit, located close to the country’s capital city Kuala Lumpur. The scheduling of the two WorldSBK races, at 13.30 and 16.30 local time on Sunday 2nd August, could also have an affect on the track and ambient conditions the riders may face.

After the completion of the Sepang race weekend a long summer break begins, with the next competitive action for the WorldSBK teams schedule for the Spanish round at Jerez, on September 20th.

Jonathan Rea stated: “I always enjoy the flyaway rounds. When I studied the Sepang races last year I struggled a little bit but it seems that the Ninja ZX-10R was quite a strong package. I expect it to be really hot at Sepang. With the timings of the races and at this time of year there is a possibility of thunderstorms in the afternoon so we have to be ready to react to the weather as well. At Laguna, with it not being such a high braking force track, quite twisty and with the temperature not being so high, I was not able to use my preferred front tyre. So I expect in Malaysia, with the temperature increase and the heavy braking zones then my preferred harder front option will be the tyre of choice. I hope to be able to get back to my normal riding style and set the bike up accordingly. Whilst we had a good pace at Laguna Seca, I was not entirely comfortable. It is important for me to have a strong weekend at Sepang before we start on the long summer break. I really enjoy the Sepang track and the fans in Asia are always incredible, so I think to should be a great weekend.”

Tom Sykes stated: “Sepang is an absolutely incredible venue, a great Grand Prix circuit and one that I enjoy. The Tom Sykes and Kawasaki fans are fantastic and they turn up in their numbers, which it is great to see. Sepang has a great layout and I enjoy the weather conditions. It is something completely different and quite challenging – but it is nice. We had a great feeling there last year and I think we can build on that. We are gradually getting a better feeling with the bike this year under the new regulations we have. I hope we can continue that momentum from Laguna forward. Sepang is really wide, open and your references are not as clear as they would on most tracks. Because you have so much circuit to play with you have a lot of tarmac to use and that is when you get the lap times. Sometimes all of that tarmac sucks you in and you feel you need to use it all. In some areas you are best of keeping to tight and not using all of the track. It is really quite technical.”

David Salom (Kawasaki Team Pedercini) approaches the Sepang round with a total of 43 championship points, while his Spanish countryman Roman Ramos (Team Go Eleven Kawasaki) has 59, putting him in 13h place overall.